Exhibited: Hidden Heritage: Afro-American Art, 1800 - 1950, travelling exhibition organized by the Art Museum Association of America, San Francisco, starting at the Bellevue Art Museum, Seattle, WA, and including the Mississippi Museum of Art, September 14, 1985 - January 10, 1988, with the exhibition labels on the base underside. Catlett lent this sculpture from her personal collection to the exhibition.

Pensive is a significant sculpture by Elizabeth Catlett, cast in bronze after one of her earliest figures. The original plaster Pensive followed the theme of the four terracotta figures exhibited in her 1946 first solo exhibition at the Barnett-Aden Gallery in Washington, DC: Negro Woman, Tired, Cold and Frustration. Catlett importantly first represented modern Black women in her Negro Woman series - a narrative of identity, experience and representation. These figures show the physical nature and toll of their struggle. With her rolled up sleeves, crossed arms and leaning posture, Pensive is an expressive representation, sharing the modern simplified and angular features found in Catlett's Woman, 1942, oil on canvas, and Negro Woman, lithograph, 1945.

Catlett did not begin making bronze sculpture until the early 1960s. She made the mold and cast the first bronze of Pensive after the 1946 plaster figure in 1967. Samella Lewis recorded both the 1946 plaster and a 1978 cast in a list of Catlett's sculpture in her 1984 monograph The Art of Elizabeth Catlett. The final cast, 10/10, was made in 1995 for the Broad Art Museum (then the Kresge) at Michigan State University - their archives includes a letter written by Catlett describing the later casting in Mexico. The original plaster figure is visible in the 1980 photographs of Catlett's studio that illustrate Lewis's monograph. Casts of Pensive are in the collections of the Eli and Edythe Broad Art Museum, Michigan State University, the Atlanta Life Insurance Company, and the Walter O. Evans Collection of African American Art at the Savannah College of Art and Design. Gedeon pp. 17-18, 43; Lewis pp. 33, 84, 172, 188-89.
Set Alert for Similar Items 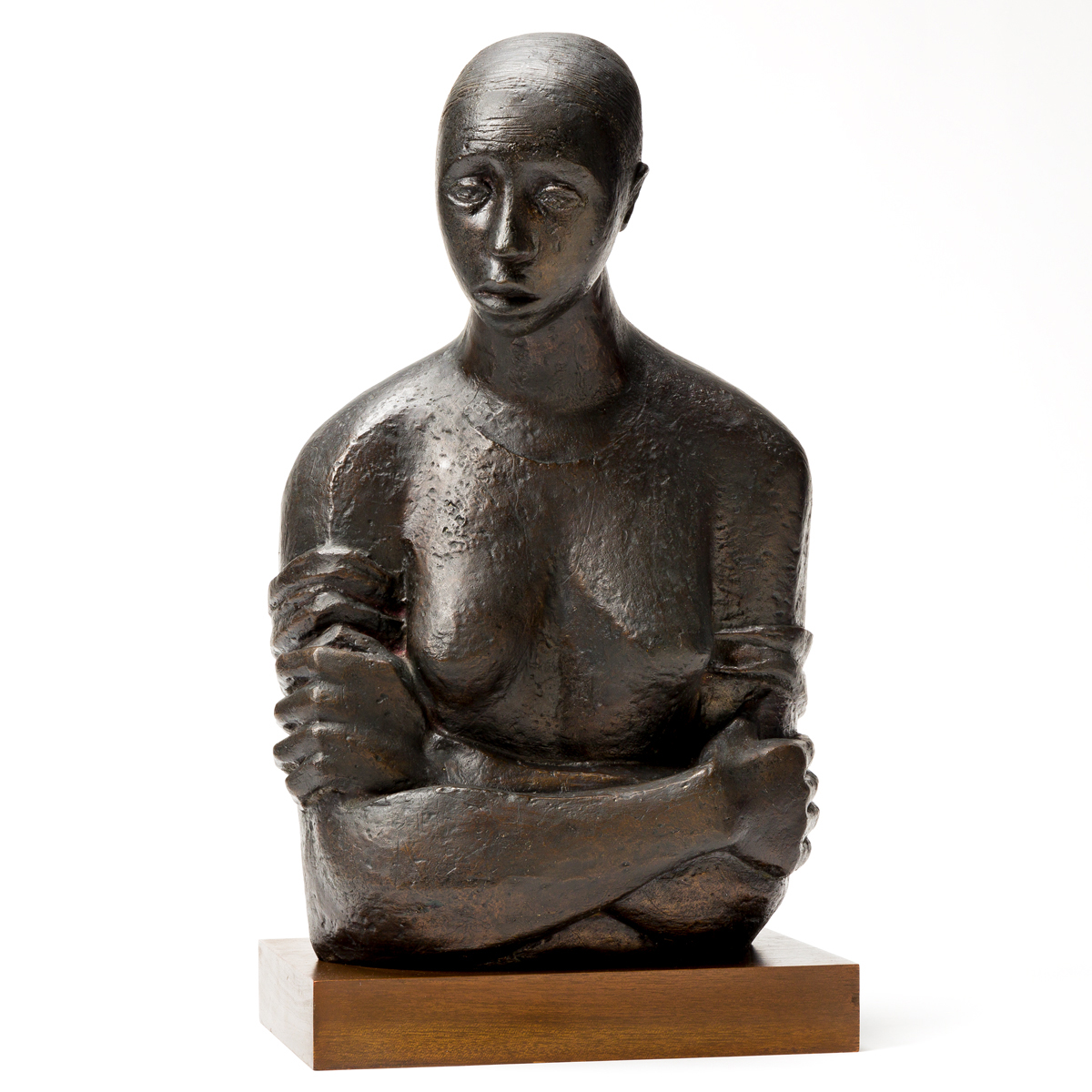