Fadencollage–Studie II.
Leather, vinyl, paper and thread collage on plywood sheet. 320x407 mm; 12 1/2x16 inches. Signed and dated in ink, lower right recto and inscribed in ink with the artist's "Heimatmuseum of Modern Art" ink stamp on the frame back. 1965.

Born in Paderborn, Germany, Bergmann-Michel was an early espouser of Constructivism. She started making collages by 1915 and from 1917-20 studied at the Weimar Hochschule für Bildenden Kunste under the German painter Walther Klemm (1893-1957). Throughout her career, she introduced innovations to the collage medium, including incorporating poetry and being among the first artists to utilize photography. Together with her husband, Robert Michel (1897-1983), she became known as a pioneer of using photographs in collage. In 1920, the couple moved to Vockenhausen, near Frankfurt, Germany, where she continued her work in photo-collages and ink drawings in the Constructivist style, however, during World War II her artistic output waned until the political climate was safer for her to continue to make and promote abstract art.
Set Alert for Similar Items 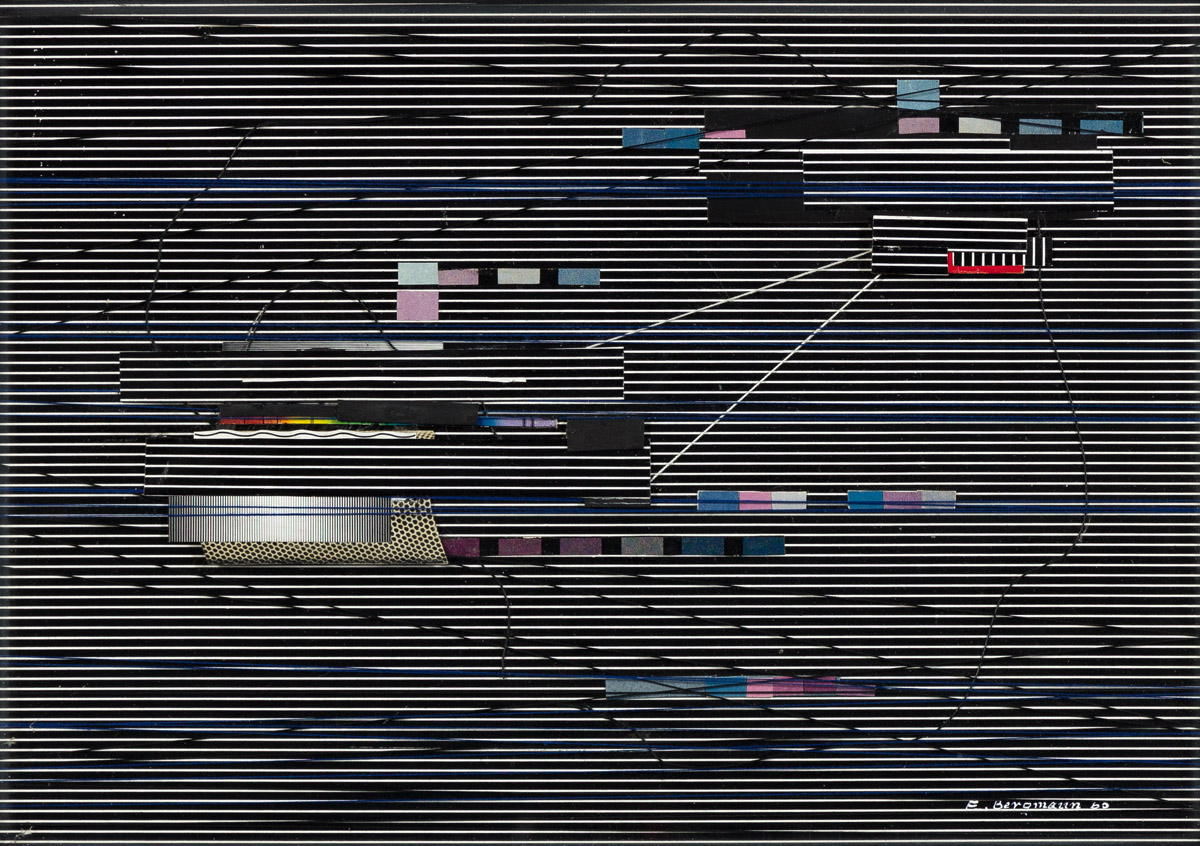