While much of his early career focused on the Impressionistic still lifes for which he is known, during the first decade of the 20th century Carlsen (1853-1932) turned towards landscapes, rendering them in the atmospheric, muted tones that would dominate his later years. The works gained popularity among dealers and collectors, and he regularly exhibited his work at the National Academy of Design, among other major exhibitions. In a review of a 1910 exhibition at the Pratt Institute Art Gallery, The Brooklyn Daily Eagle highlights Autumn Morning--Fading Moon noting "Mr. Carlsen's etherial sky, in which clouds seems to melt into air."
Set Alert for Similar Items 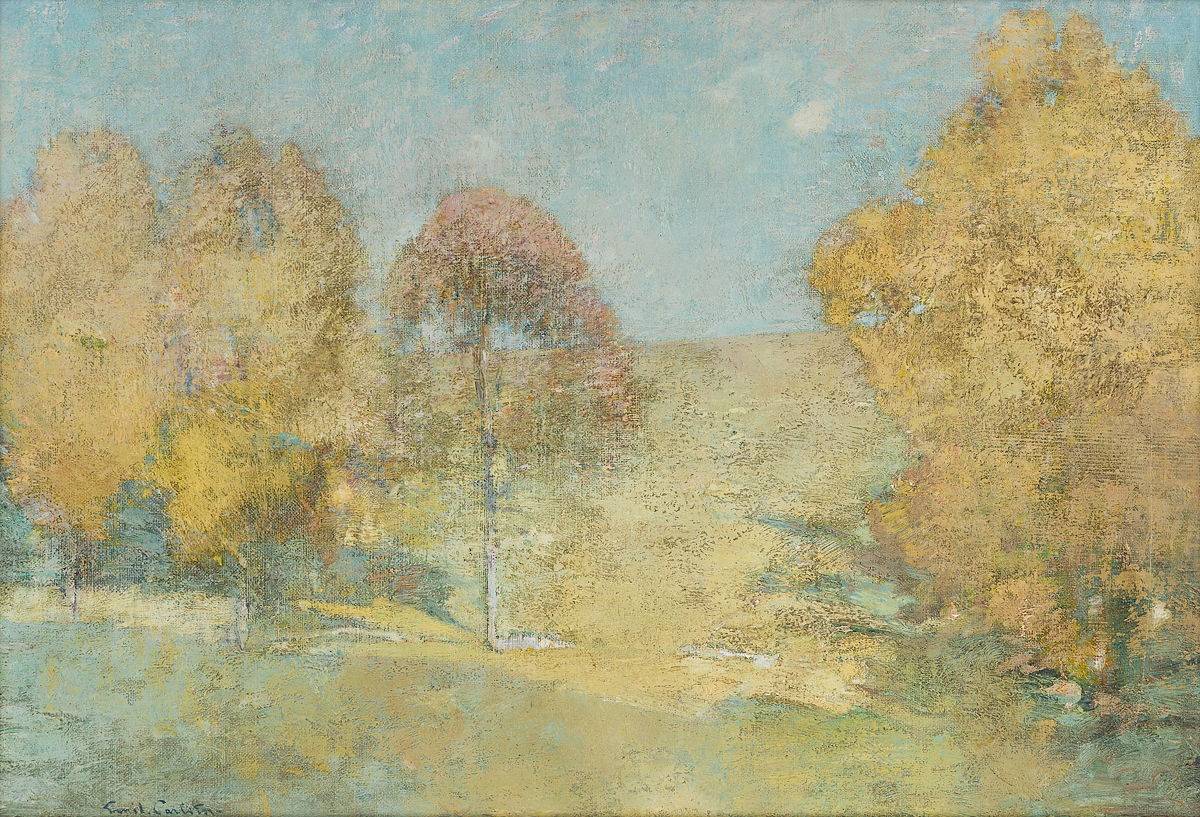