These works are included in the Emil Carlsen Archives. We would like to thank Bill Indursky for his assistance in the cataloguing of this lot.

Carlsen (1848-1932) used drawing to record color information, draw contours for transfer to a painting or as a pre-sketch before inking. Most of his drawings were destroyed once used to transfer to the canvas, so very few have survived. Study of a House possibly portrays William Merritt Chases' homestead in Shinnecock, New York; he often stayed with Chase (1849-1916) from around 1876 until he met Julian Alden Weir (1852-1919) and spent time at Weir's home in Connecticut. The house is found in other works by Carlsen. The figural study verso is a grid drawing with contour for transfer or enlargement, and is similar to those he made around 1896-97 after studying in Paris with Antoine Vollon, which were similar to the French artist's in style. The other drawing, Ano 1719 Arm's Jr., likely represents a bar or tavern in Boston, or possibly, England.
Set Alert for Similar Items 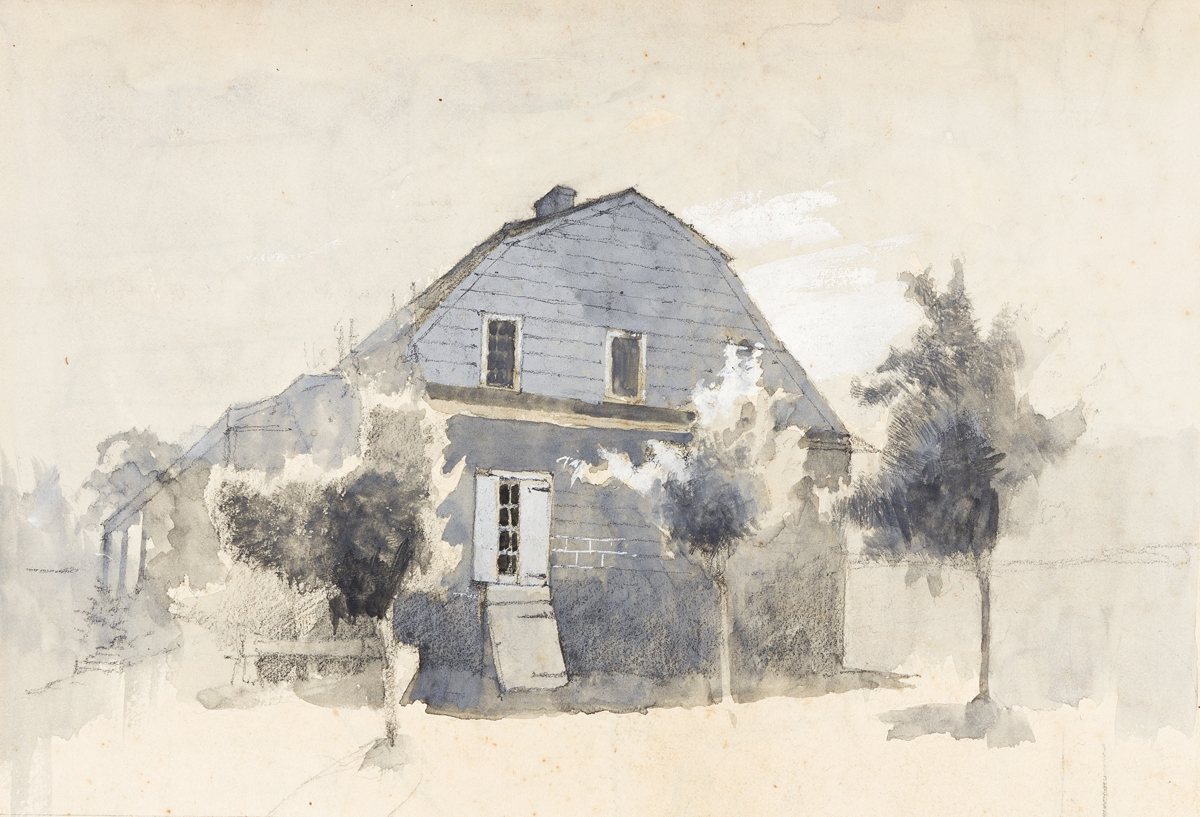