Price Realized: $ 5,200
Price Realized: $ 6,500
?Final Price Realized includes Buyer’s Premium added to Hammer Price
Estimate: $ 800 - $ 1,200
EZRA JACK KEATS (1916-1983)
Drawing of Peter from The Snowy Day, prominently featured on a charming Typed Letter Signed to a young boy named Matthew. Image is graphite and crayon, measuring 115x65 mm; 4 1/2x2 1/2 inches. The letter is 1 page, 8vo, dated January 22, 1976, on Keats' stationery: "Your mother wrote me a very interesting letter about your visit to New York City. I hope you had lots of fun during your visit, but I'm sorry that you didn't meet Peter. Here is a drawing I did especially for you of Peter, and I hope you like it. He likes you. I'm also sending you some material you may find of interest, and a press sheet of THE SNOWY DAY. A press sheet is what a book looks like when it comes off the printing presses, before it is cut up and bound into a book. With all good wishes to you and your family, your friend, Ezra Jack Keats." The press sheet (for his book Louie) and some related promotional material by Macmillan accompanies the letter.

Keats won the Caldecott Medal in 1963 for The Snowy Day, the groundbreaking classic that is credited for introducing multiculturalism to mainstream children's literature and the first picture book with an African American protagonist to win a major children's award.

For Keats, who grew up in a tenement in a rough neighborhood in Brooklyn in the 1920s, drawing was his salvation and the means for his acceptance by others. After illustrating other writers' works for several years, he set out to create his own stories in an urban setting. The Snowy Day's Peter would be a black child in his own voice and not "a white kid colored brown...[and] not through the benevolence of white children or anyone else."

Despite criticism about its "tokenism" and its being written by a white Jewish man who falsely represented (or ignored) African-American culture, the book overcame these accusations and was embraced by generations of young readers who could identify with a boy whose skin color resembled theirs and, more universally, of an adventure every child could relate to. In addition to its hero, the book was also groundbreaking in its use of mixed media illustration techniques of collaged decorative papers, fabric, stamps, and cloth; a method Keats would employ in future books.
Set Alert for Similar Items 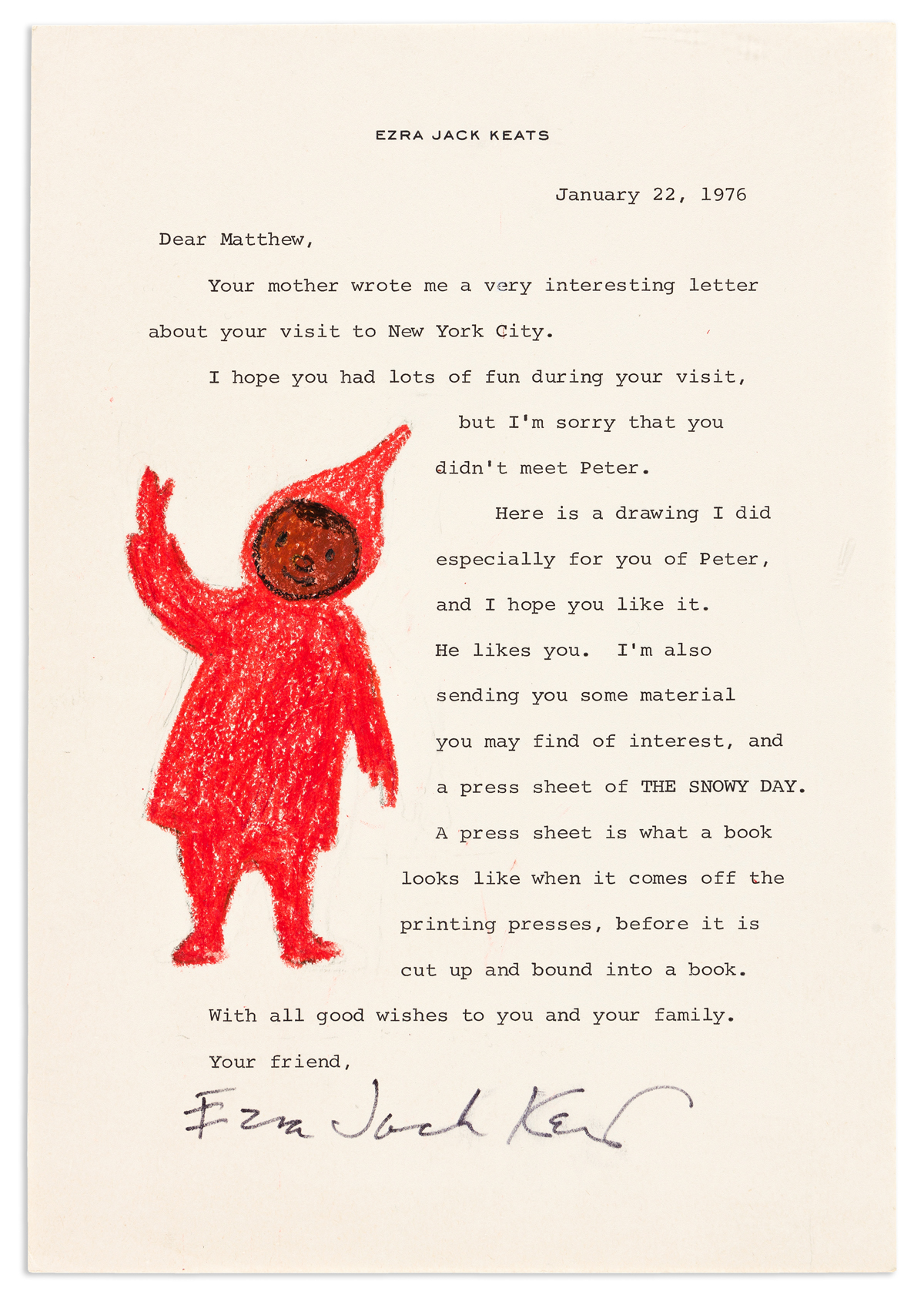