Ercilla y Zúñiga was a soldier, epic poet, and nobleman who served Spain in South America in their assaults on the Indigenous Mapuche in Chile, a people referred to as Araucanians in this period. The hero of his poem is Caupolicán, war leader or Toqui whose death Ercilla witnessed firsthand, recounting the grisly scene in this work. According to the poet, Caupolicán was captured alive and sentenced to death by impalement. Once on the platform raised above the spike, he kicked the executioner onto the ground and threw himself onto the spike on 5 February 1558. 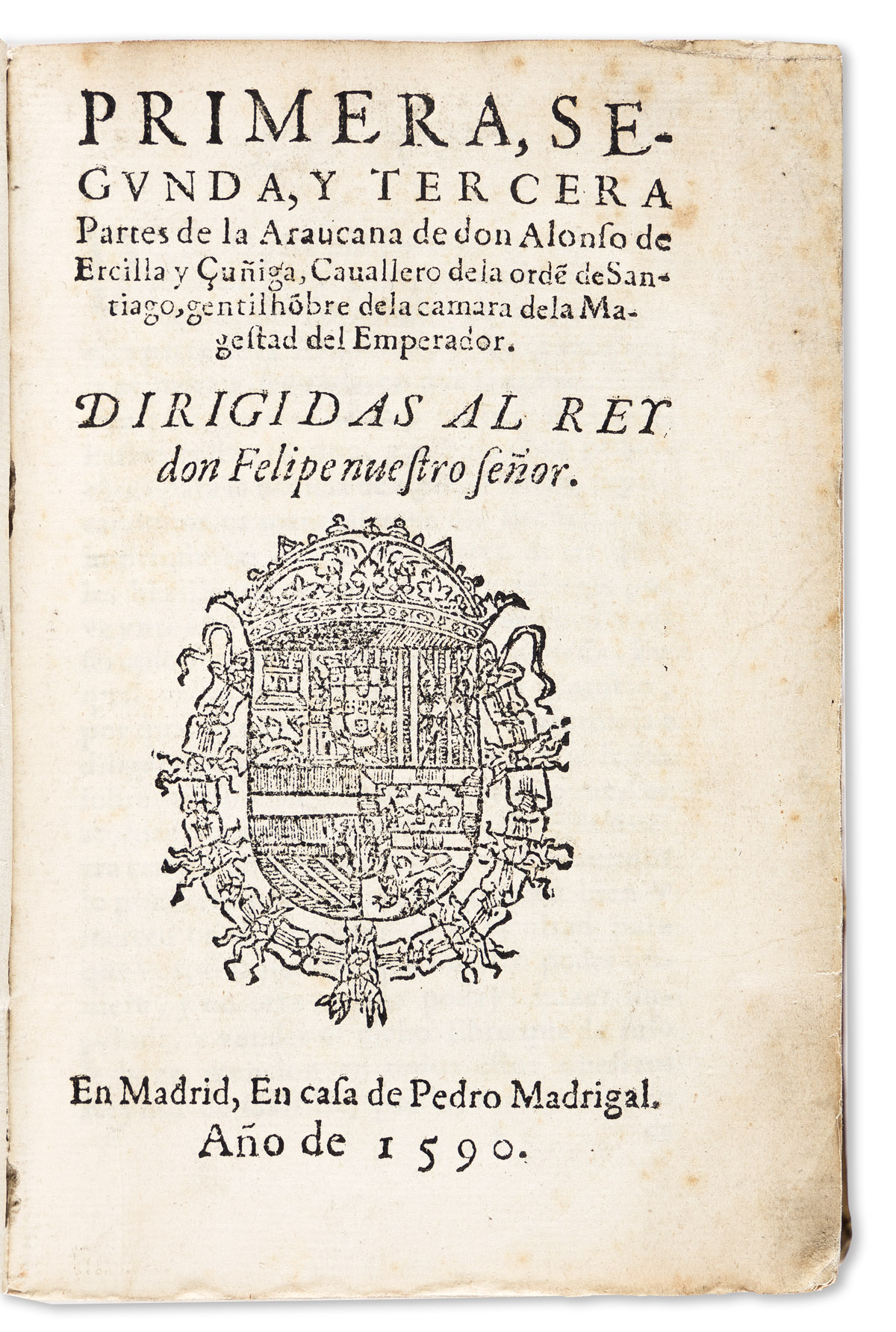