Double Dutch on the Golden Gate Bridge is a stunning work by Faith Ringgold, and the second quilt in her important 1988 Woman on a Bridge series. Each of the five quilts in the series depicts women floating above the famous bridges of San Francisco and New York - the Golden Gate Bridge, the Bay Bridge, the George Washington Bridge and the Brooklyn Bridge. The first in this series, Part I, is her most famous story quilt, Tar Beach, in the collection of the Solomon R. Guggenheim Museum. In Tar Beach, the George Washington Bridge serves as the background for her celebrated famous children's story of Cassie Louise Lightfoot.

Double Dutch on the Golden Gate Bridge is a joyous and fantastic image of young girls playing together in this popular jumping rope game. They float elevated above the iconic bridge with the facades of brownstones of the city of San Francisco. Each quilt in the series is a powerful visual expression of uplifting women, with bright images of dancing, playing, music and being free. About the Woman on a Bridge series, Ringgold has said "my women are actually flying; they are just free, totally. They take their liberation by confronting this huge masculine icon—the bridge..." These empowering images dispel the notions that contemporary art cannot speak to an audience in popular terms. Faith Ringgold also created a powerful and positive feminist art form.

Double Dutch on the Golden Gate Bridge is an excellent example of Faith Ringgold's unique art form, the artist's ingenious incorporation of painting, narrative and quilt-making. It was exhibited nationally, traveling to many museums in her first major retrospective. Yet this is only the second of her story quilts to come to auction - her 1989 Maya's Quilt of Life, part of the Art Collection of the Maya Angelou, was sold at Swann Galleries on September 15, 2015.
Set Alert for Similar Items 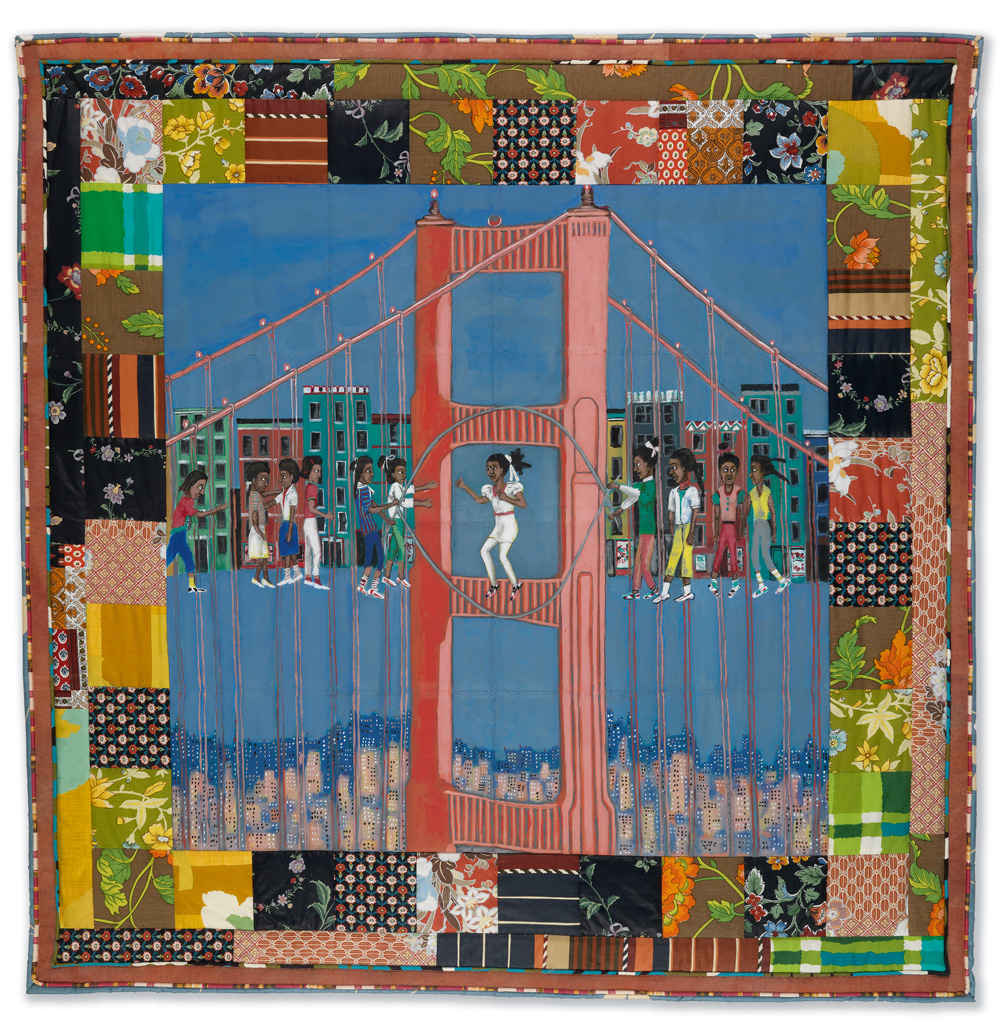