According to the Organization of American States art program, where the Peruvian abstract artist Szyszlo (1925-2017) has had multiple exhibitions, "His relationship with the OAS art program dates back to the time of his first solo exhibition at the OAS art gallery in 1953. Szyszlo subsequently worked at the OAS as a consultant for the Visual Art Unit in 1958, and went on hold two additional solo exhibitions at the OAS AMA, 1985 [where the current work was exhibited] and 1996. Ten of his works--murals, mixografias, and easel paintings--have found homes in the OAS art collection.

Szyszlo was part of the second generation of Latin American artists who traveled overseas, along with Mexican artist Rufino Tamayo and Colombian artist Alejandro Obregon, among others. His search for aesthetic identity was coupled with a dissatisfaction with imported modern art. As Thomas Messer [former director of the Guggenheim Museum, New York] explains, 'Szyzslo belonged to that small group of artists who first did abstract art in the South American continent after World War II, and he was the first abstract painter in Peru in a time when abstract painting was not well regarded on his side of the world." The impact of Tamayo's work on Szyszlo charged him with an impulse to depict his own roots. During the time Szyszlo spent in Peru before going to Paris to study painting, he began to explore and incorporate depictions of Chancay tapestries into his work. There is little doubt that the artist represents a breaking point in Peruvian art history. Without hyperbolizing, there is much evidence to suggest that his work was the single most significant impetus for directions taken by the following generation of artists looking to reenergize modern art in Peru.'"
Set Alert for Similar Items 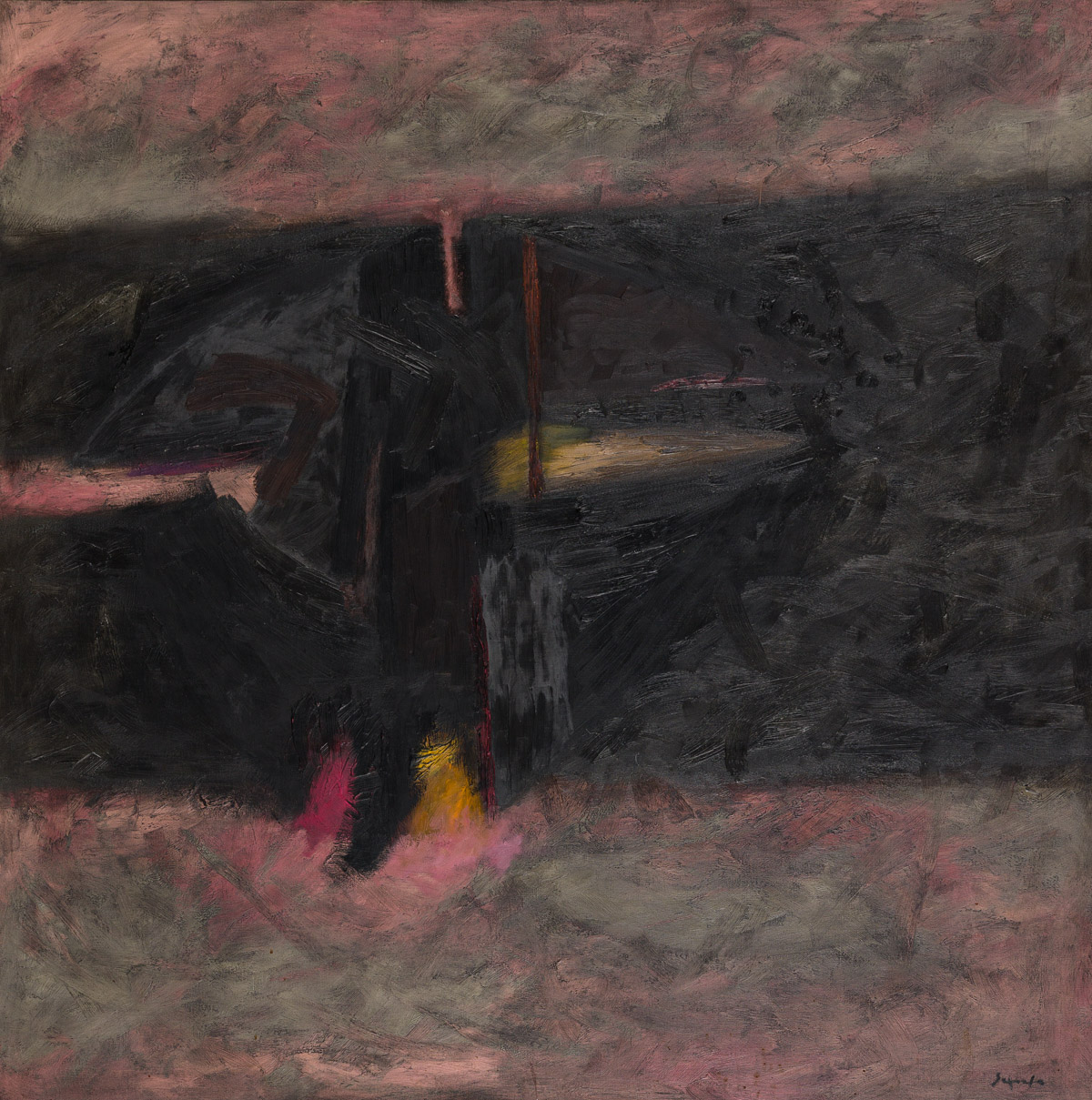