This archive represents the ironic true story of one of the most popular cult characters of the early 20th century -- 'The God of Good Luck.' Mostly known today as the mascot Saint Louis University, a collectable Eskimo merchant souvenir, and a focal point of Osaka, Japan, the origins of the Billiken began with a young artist in Kansas City, Missouri.

While studying at the Manual Training High School, Florence Pretz became fascinated with 'grouchy-looking' Japanese deities in her teacher's visual library. In the midst of the New Thought Movement (which stressed positive thinking, unconditional love, and luck to those who believed in happiness and good things), she set about to create a god who would 'smile and bring to his worshippers cheer instead of gloom.'

Drawing inspiration from the poems of Bliss Carmen, Pretz and her roommate Sara Hamilton Birchall produced a series of stories for The Canada West magazine in 1907. "While the Billiken Slept" is a whimsical short story about a spring morning where in a babbling brook awakens from his icy slumber and kittens emerge from pussy willow branches to play with an elfin-like character with antennae, wings, long pointed feet and an impish grin. Between May 1907 and January 1908, the Billiken appeared in The Canada West five more times.

Upon glowing reception, Pretz redesigned her Billiken as a seated figure with a pointed head, a bulbous, Buddha-esque belly, and a mischievous grin which became synonymous with Good Luck and Happiness. Pretz sold her seven-year patent of 'The God-of-Things-as-They-Ought-to-Be' to The Craftsman's Guild of Chicago. In May of 1908 the first advertisement for the Billiken, in his most iconic form, appeared in the Chicago Daily Tribune. For 75 cents, the 'maker of happiness' and 'chaser of frowns' could be loaned to worshippers for a period of one hundred years (payable in advance.) Almost instantaneously, the Billiken became one of the most coveted and en vogue accessories. He appeared as jewelry, soap, hood ornaments for cars, as bottles, paperweights, salt and pepper shakers, and the like. Others saw the financial potential during the industrial boom as well and sought to capitalize on the Billiken craze, spawning endless variations of novelty merchandise and lawsuits. One competitor was reported to have sold over 200,000 Billiken-like figures in the latter half of 1909.

Just eighteen months after the first advertisement appeared, Pretz lamented to the Chicago Daily Tribune her bitter disappointment in the Billikens' powers. Pretz, jilted by her paltry royalties of $30 a month and the rise of the Rose O'Neill's Kewpie, spent the remainder of her career distancing herself from her creation.

This archive, purchased by the current owner from the estate of the artist's daughter, is believed to represent the remainder of her life's work, closely guarded and never published. It includes early published illustrations, original drawings, and among the few photographs of the artists in existence. 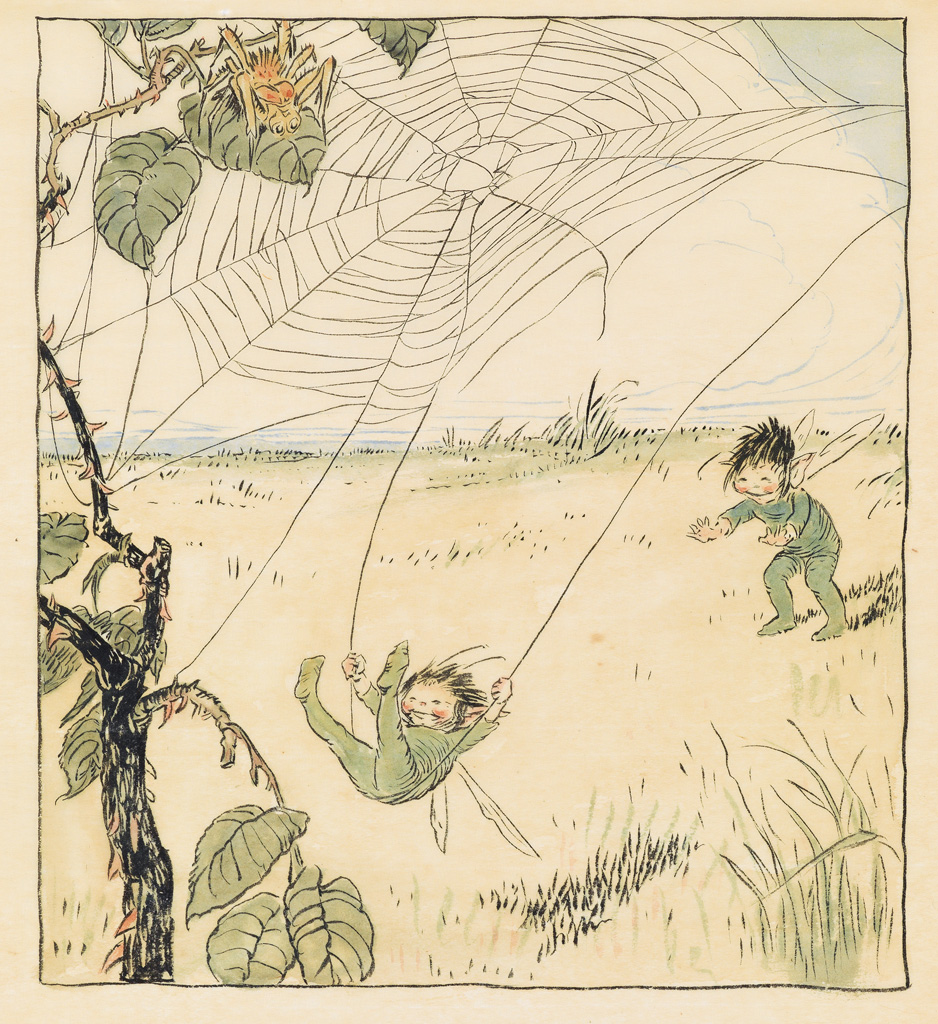