Published Mark D. Mitchell, Francis A. Silva: In His Own Light, with an Introduction by John Wilmerding, New York, Berry-Hill Galleries, 2002, page 138.

Silva (1835-1886) was born and trained in New York. He was raised at 125 East Broadway, close to the bustling East River docks. Early on he worked as a sign painter's apprentice and by the late 1850s had established his own shop as an ornamental painter at 619 Houston Street. During the next several decades Silva and his family moved first to the Bay Ridge area of Brooklyn and subsequently to Long Branch on the New Jersey shore. During this time, Silva traveled the mid-Atlantic coast and refined his painting skill to become among the most admired American Luminist artists along with Fritz Hugh Lane and Martin Johnson Heade.

This work depicts a scene in Far Rockaway, Queens, near Hog Island, where city dwellers would escape for summer beach outings. The boat slip is decorated with the flags of Holland, Ireland, France and England, among the American flags, indicating that many beachgoers were recent immigrants. Powerful hurricanes in 1893 and 1903 destroyed the beach and the structures along the shoreline leaving open water in Hempstead Bay, as it remains today.
Set Alert for Similar Items 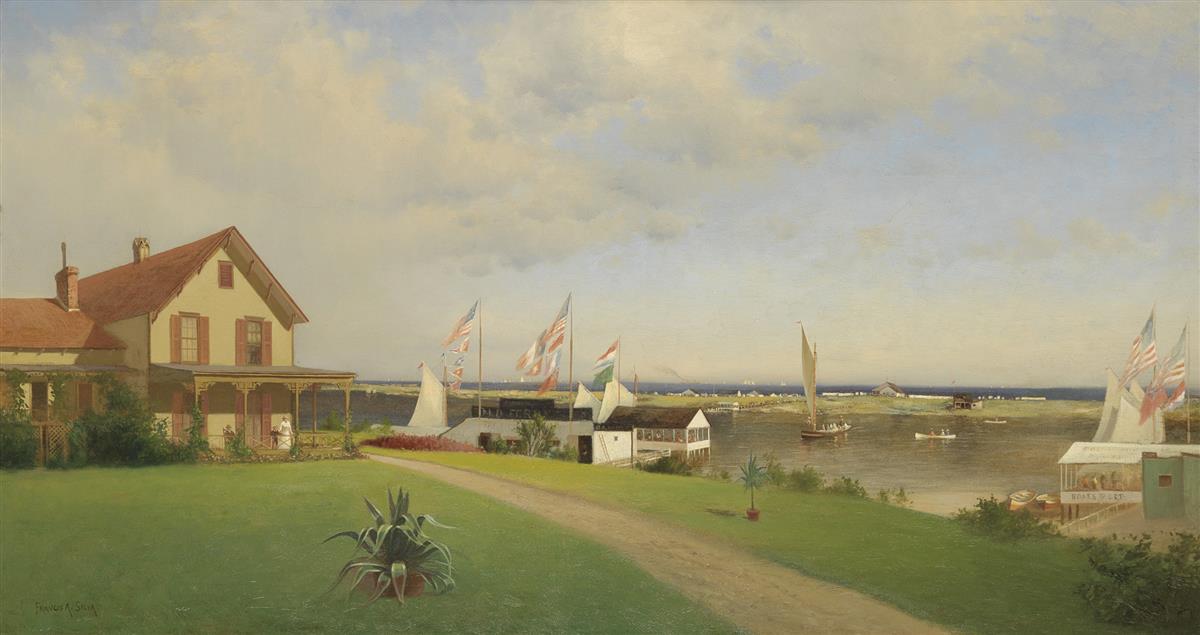 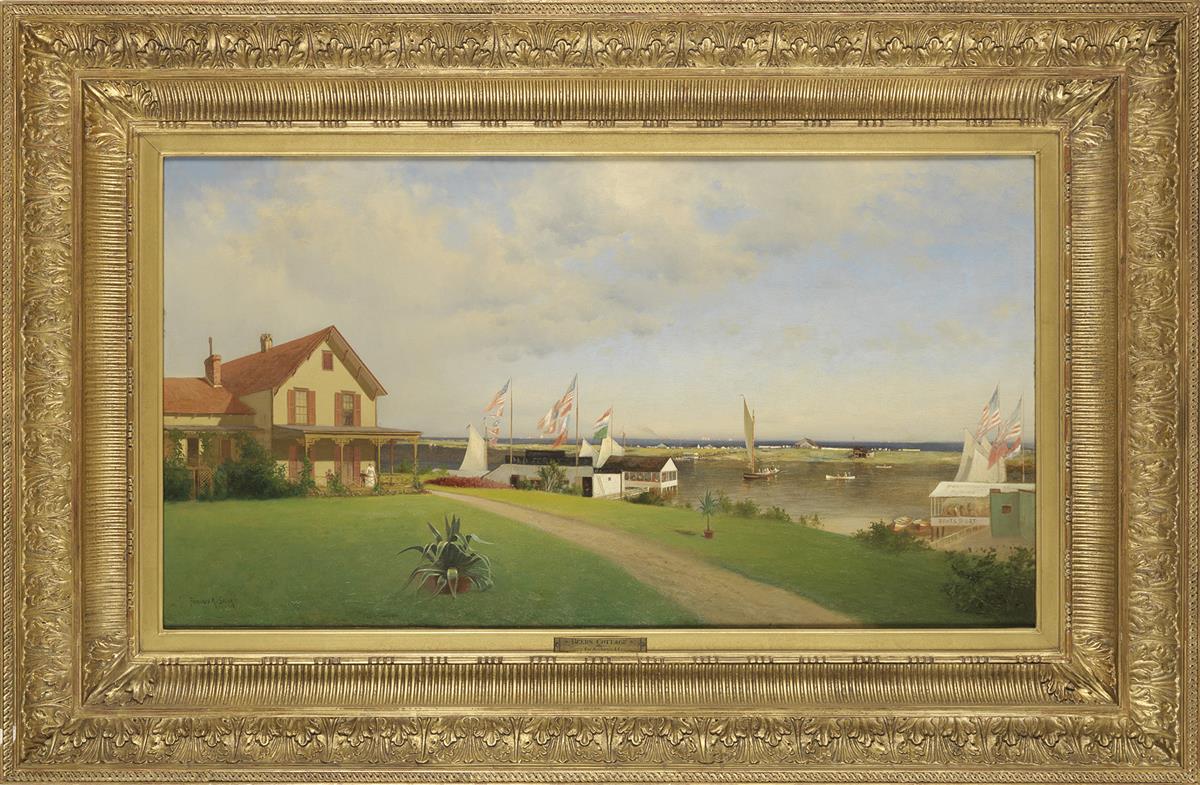