"What is most surprising of this artist are . . . his powers of animation," André Pieyre de Mandiargues, the French writer and Surrealist, relflected in 1964 upon seeing Toledo's (1940-2019) first show in Europe. "Without there being an actual narrative motif, all of his production, even the smallest work, is the development and realization of a mythical theme," (Mandiargues, quoted in Teresa del Conde, "An Introduction to the Graphic Works of Francisco Toledo," in Francisco Toledo: A Retrospective of his Graphic Works, July 22-October 9, Chicago: Mexican Fine Arts Center, 1988, 18). Toledo had moved to Paris in 1960, and he soon evolved a sacred, fantastic zoology in drawings and paintings, connecting his practice both to the indigenous world of his native Juchitán and to the modern symbolism of such artists as RufinoTamayo, Paul Klee and Marc Chagall. The decades following his return to Mexico, in 1965, witnessed the full fruition of his animistic worldview, suffused by Zapotec mythology and imbricated within the historical landscape and ecology of Oaxaca, where he settled.

Reminiscent of the marvelous early painting, Sueño (1965), the present watercolor likely dates to Toledo's transitional, transatlantic period of the mid-1960s. Three birds bearing the famously pink plumage of the rosate spoonbill, resident in coastal Oaxaca, swoop in from the right, their wings gracefully outstretched in sinuous, veritcal curves. The ruddy space that the birds inhabit bleeds into an aqueous blue ground that surrounds a strange, anthropomorphic figure before whom they alight, their elongated forms suspended between air and water. A curious animism pervades the scene, the natural and supernatural commingling in a surreal encounter of the kind that Toledo would conjure throughout a long and celebrated career, his practice an homage to the cosmic mysteries of the world. 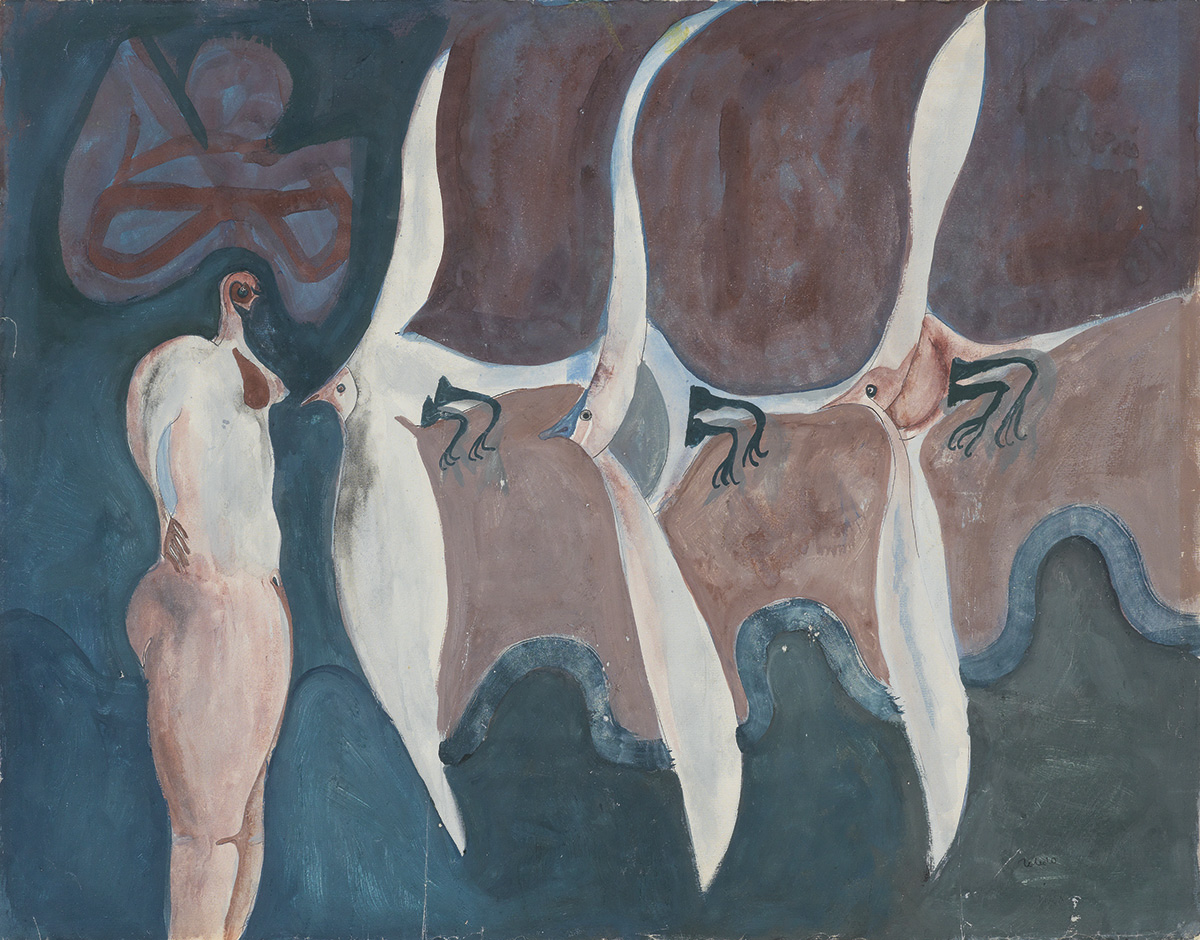