Auerbach (born 1931) was born in Berlin but was sent to an English boarding school for Jewish refugee children in 1939. His immediate family, who stayed in Germany, perished in the Holocaust. Though faced with tragedy, Auerbach continued his studies, eventually attending the Royal College of Art, London. After his first solo show in 1956, he gained notice for his thick sculptural application of paint which still retained the figurative element of a drawing. In the 1970s Auerbach became associated with a group of British avant garde artists who explored the revival of figure painting while the art world as a whole was fixated on abstraction, minimalism and conceptualism. This group included Francis Bacon (1909-1992, see lot 323), Lucian Freud (1922-2011, see lot 322) and Howard Hodgkin (1932-2017, see lots 338-341).

Auerbach frequently depicted Camden Town in North London where he had his studio and based his paintings of the area on drawings he created in situ. The current work, Mornington Crescent, with its expressive and powerful marks, reflects Auerbach's intense physical painting process of building up and scraping off paint layers.
Set Alert for Similar Items 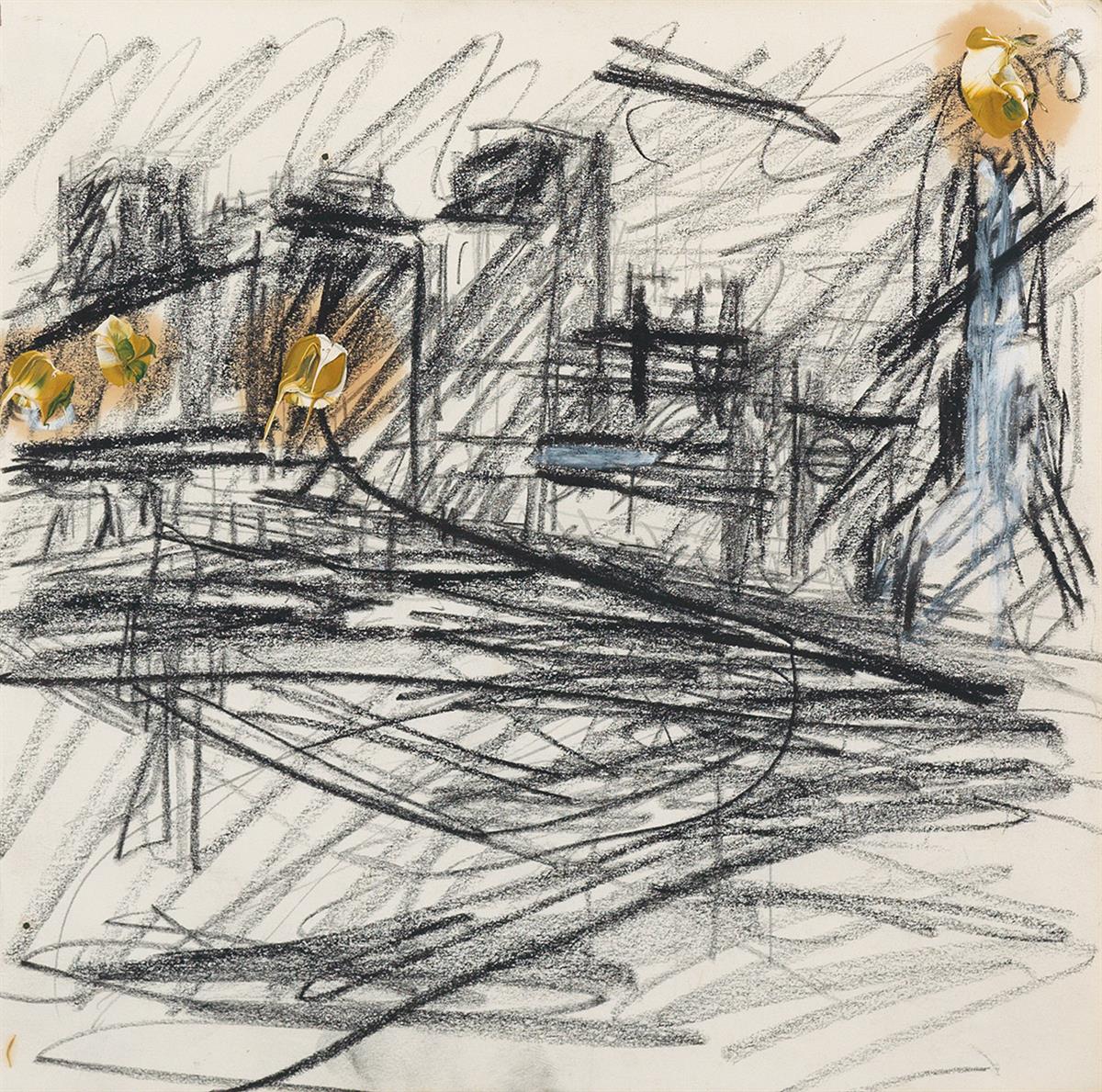