This beautiful, long cascade of rich layers of paint by Frank Bowling is a wonderful example of his series of "poured paintings." Beginning in New York in 1973, the artist used a tilting board platform to control the flow and descent of the acrylic paint vertically down the canvas. With its dynamic, almost marbleized surface, this work displays the artist's continued exploration of paint application with a growing complexity of vivid and metallic colors by 1980. That year, Bowling had his second solo exhibition at Tibor de Nagy Gallery in New York where he exhibited through the 1980s.

The painting's title is an abbreviation of In Memory of Michael Williams. Michael Williams, a playwright, was a close friend of Bowling's and the younger brother of fellow Guyanese painter Aubrey Williams. Another Bowling painting in this series, Homage to Mike Williams, 1980, is in the Joyner/Giuffrida Collection of Abstract Art. Organized by Dr. Courtney J. Martin, the Tate Britain, London held an exhibition of the poured paintings with Frank Bowling's Poured Paintings 1973–8, April 30, 2012 - March 10, 2013. The artist will soon have his first major retrospective also at the Tate Britain from May 31 - August 26, 2019. Martin p. 133.
Set Alert for Similar Items 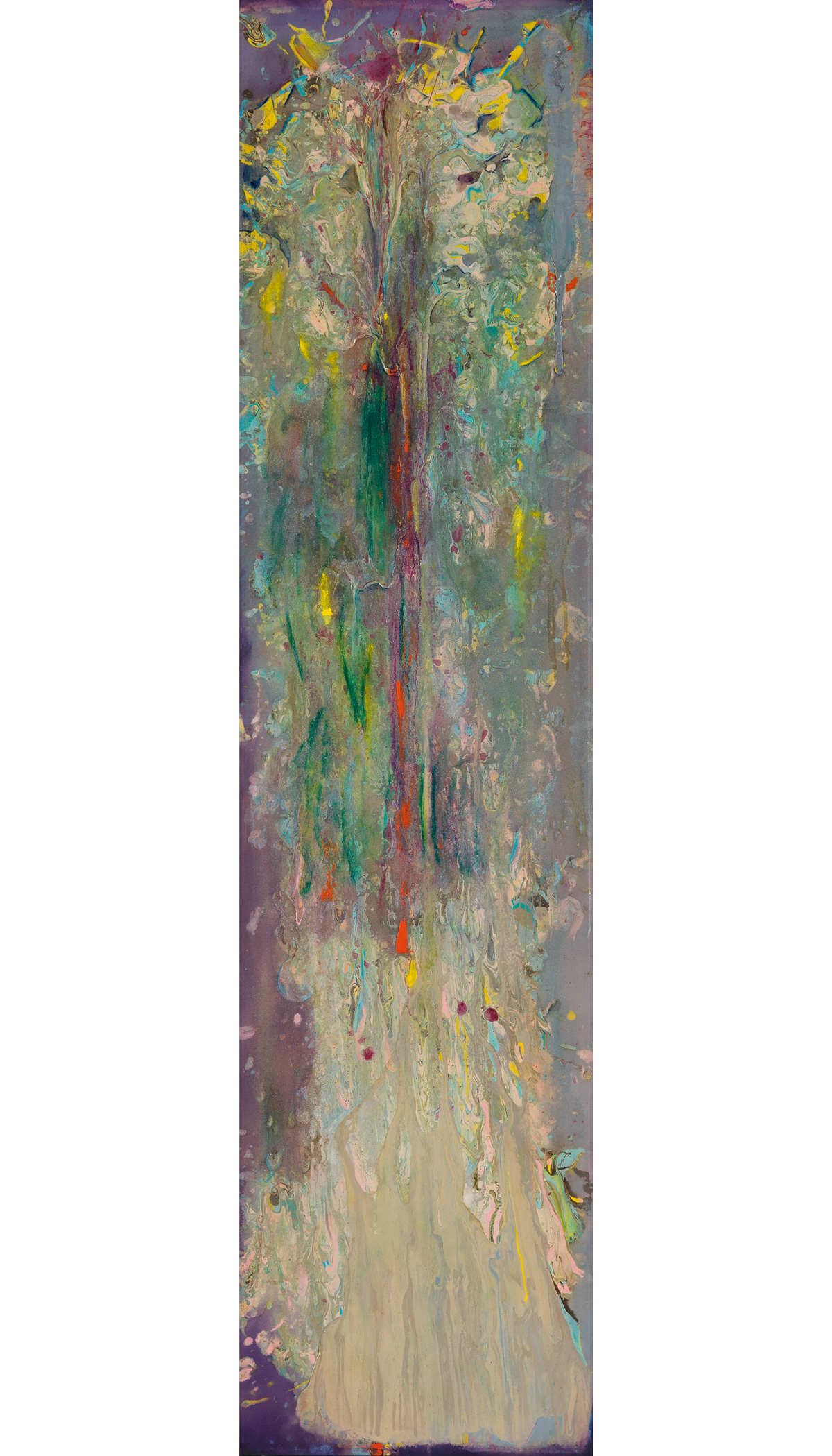