This lush abstraction by Frank Bowling is an excellent example of his important and trailblazing mid-1970s series of "poured paintings". Beginning in New York in 1973, the artist used a tilting board platform to control the flow and descent of the acrylic paint vertically down the canvas. Here the artist also incorporates the masking and staining from his earlier 1970s paintings into a vertical composition of earthy colors against a high-key yellow background. Repose for SO is one of the poured paintings which reflects the exquisite balancing act between the natural phenomena and the artist's intent inherent to Bowling's technique.

Other similar examples of Bowling's 1976 poured paintings include 13th Hour, Leanora's Seas and Suncrush in the collection of the Museum of Fine Art, Boston. Organized by Courtney J. Martin, the Tate Britain held an exhibition of these abstract paintings with Frank Bowling's Poured Paintings 1973–8, April 30, 2012 - March 10, 2013. Others were also featured in the influential 2017-18 museum exhibition Mappa Mundi, organized by Okwui Enwezor at the Haus der Kunst in Munich, Germany. Frank Bowling was most recently the subject of a career retrospective at the Tate Britain, May 31 - August 26, 2019, which included more of this signifiant poured paintings.
Set Alert for Similar Items 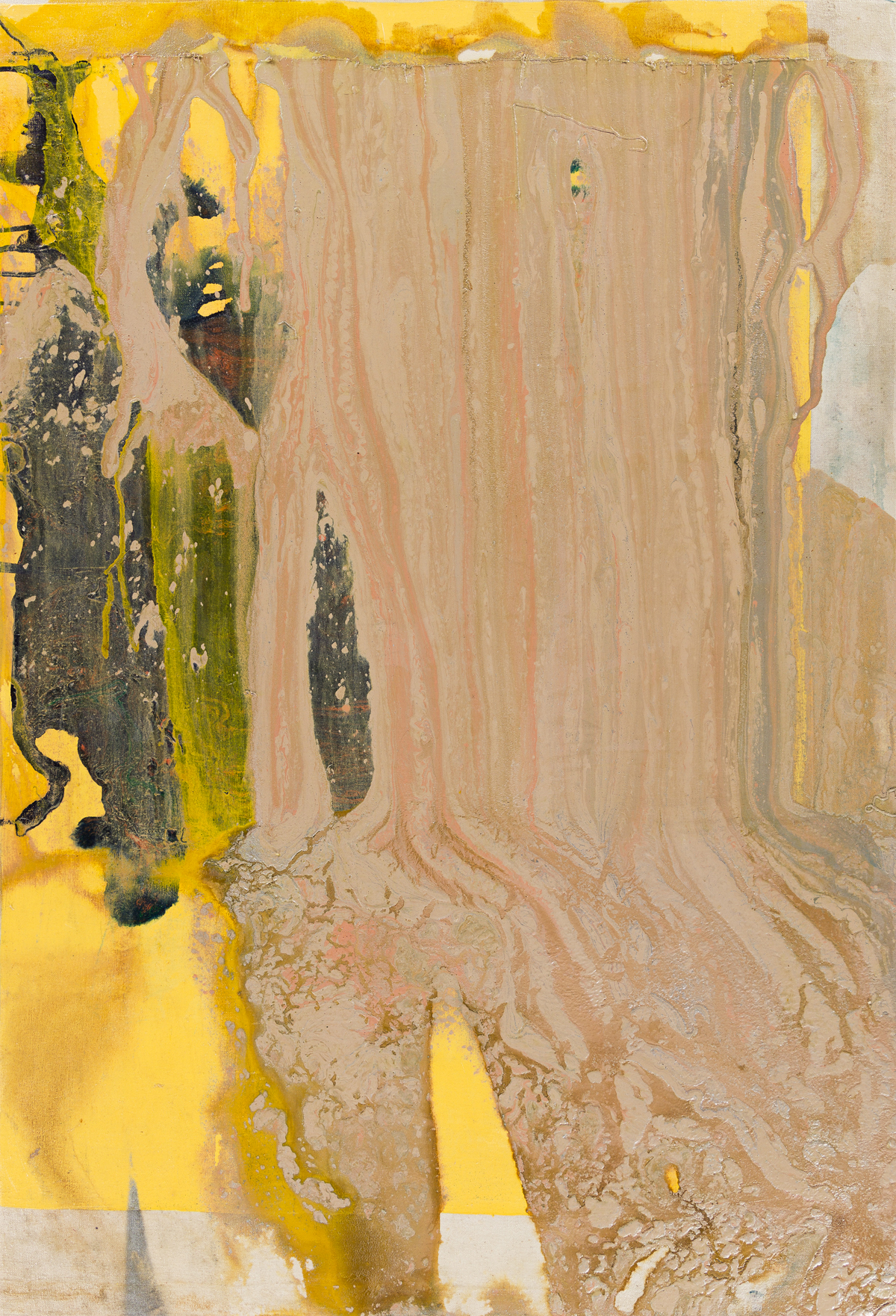