Francis Bernard's contribution to the world of French graphic design was considerable. In addition to the posters he designed, he was Art Director of the Paul Martial studio and in charge of advertising for the Arts Menagers exhibitions as well as for the OTUA, Office Technique pour l'Utilisation de l'Acier. After World War II, he became the director of communication for the French State Radio and Television. During the 1930s, he was a member of the U.A.M, the Union des Artistes Moderne. His colleagues in the organization were none other than A.M. Cassandre, Charles Loupot, Paul Colin and Jean Carlu. This poster, for a fashionable real estate project in Ciboure on the Cote Basque, utilizes the diagonal and the new typography of its era and is modern in its concept and angular and geometric in style. Yet, in its use of colors, the image is also extremely soft and sensuous - a classic Bernard touch. The separate features of three men wearing the "beret Basque," attired in different beach and sporting outfits, the sea and the sand in the background, and the straightforward typography, all add up to a captivating Art Deco work. Voyage p. 49, La Mer p. 121, Pyrenees p. 128.
Set Alert for Similar Items 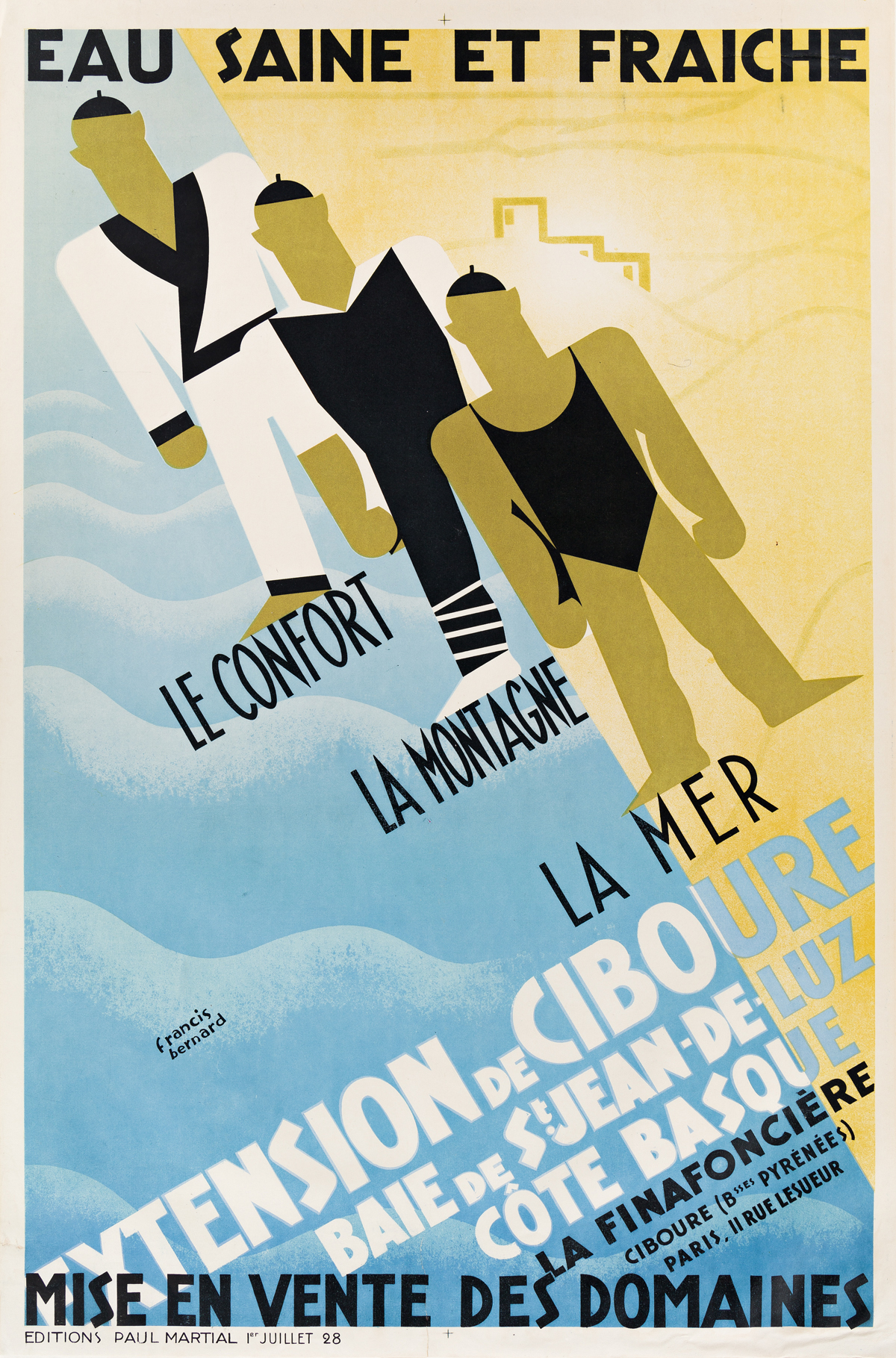