"The difference between men is that some, during a lifetime find their stars--their purpose, their calling. And by preparation, lift themselves to the heights of success. Others fail because they do not know themselves, cannot find their stars and thus drift out of the way of time and opportunity. As of individuals, so of races. Other races have found their stars for centuries; only recently has the Negro found his, and he is now about to demonstrate to the world his fitness as a man. Yours faithfully, Marcus Garvey. N.Y. Jan. 17, 1922."
This was written only four days after his arrest by the F. B. I. for mail fraud. After posting the $2500 bail, Garvey gave a prepared speech that evening at Liberty Hall in New York where he once again attacked the "illiterate preacher" and the "illiterate politician. . . those two illiterate parasites, who extracted all that was worthwhile from the people." Garvey opened his speech by pointing out how each group of people, in their upward struggle, fought with themselves: the Jew, the Irish, the Italian--and now the Negro against the Negro. It was a fact that the U.N. I. A. had been infiltrated by the F. B. I., and that J. Edgar Hoover had numerous "plants" within the black community in New York and elsewhere, many of whom were both clergymen and politicians. "I come to the people in my role as reformer and say to them Awake, the day is upon you. Go forth in the name of the race and build yourselves a nation. This is the offense I have committed against the selfish Negro preacher and politician who have for more than a half century waxed fat at the expense of the people. . . Jews, Irish and reformers, all races have had their troubles and trials with their own people, so I am satisfied to bear the persecution of my own so that they might be free." (The Marcus Garvey and U. N. I. A. Papers, Volume IV, edited by Robert Hill, University of California, 1985). 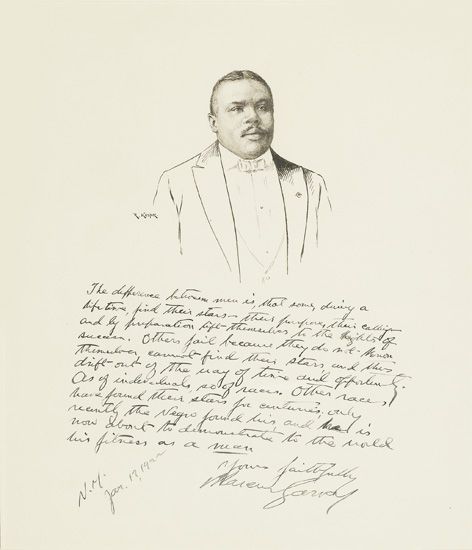