Original illustration for the lithograph produced for the 1889 World's Fair in Paris (May 5-October 31, 1889) by French printer and bookseller Jean Noël Monrocq. Watercolor and gouache on paper mounted to thicker paper stock. 520x330 mm; 20 1/2x13 inches on 24 1/4x17 inches, sheet. Signed "G. Garen" in lower right image, and with a small portion of the artist's handwritten label still adhered to original frame backing (included, though frame not present) with his initial descriptive title of "Tour Eiffel vue de nuit".

Provenance: the artist; private collection, Paris, gifted by the above; thence by descent.

Garen's bold, colorful image of the Eiffel Tower, the centerpiece of the 1889 World's Fair, and its grand pavillions, alighting the night sky above the twinkling Seine beautifully portrayed the wonders of the world-famous spectacle. It was chosen as one of the representative images of the Exposition and this original painting was made into a mass-produced lithograph on one of the latest printing technologies. This method would be demonstrated live at the show's Gallery of Machines.

This new press, created by the famed machinist Hippolyte Auguste Marinoni was named "La Diligente." Developed by Jules Michaud (Marinoni's son-in-law), it was a cylinder lithographic zinc matrix press for color printing and the forerunner of rotocalcography (offset lithography). To reproduce the painting, it was divided into 6 parts of roughly equal size to to meet the technical requirements needed to make the matrix. Enhancements were then applied to the final graphic for visual clarity and impact. Once completed, the painting was reassembled and restored, its cut lines masked with gouache (visible here, but well camouflaged). 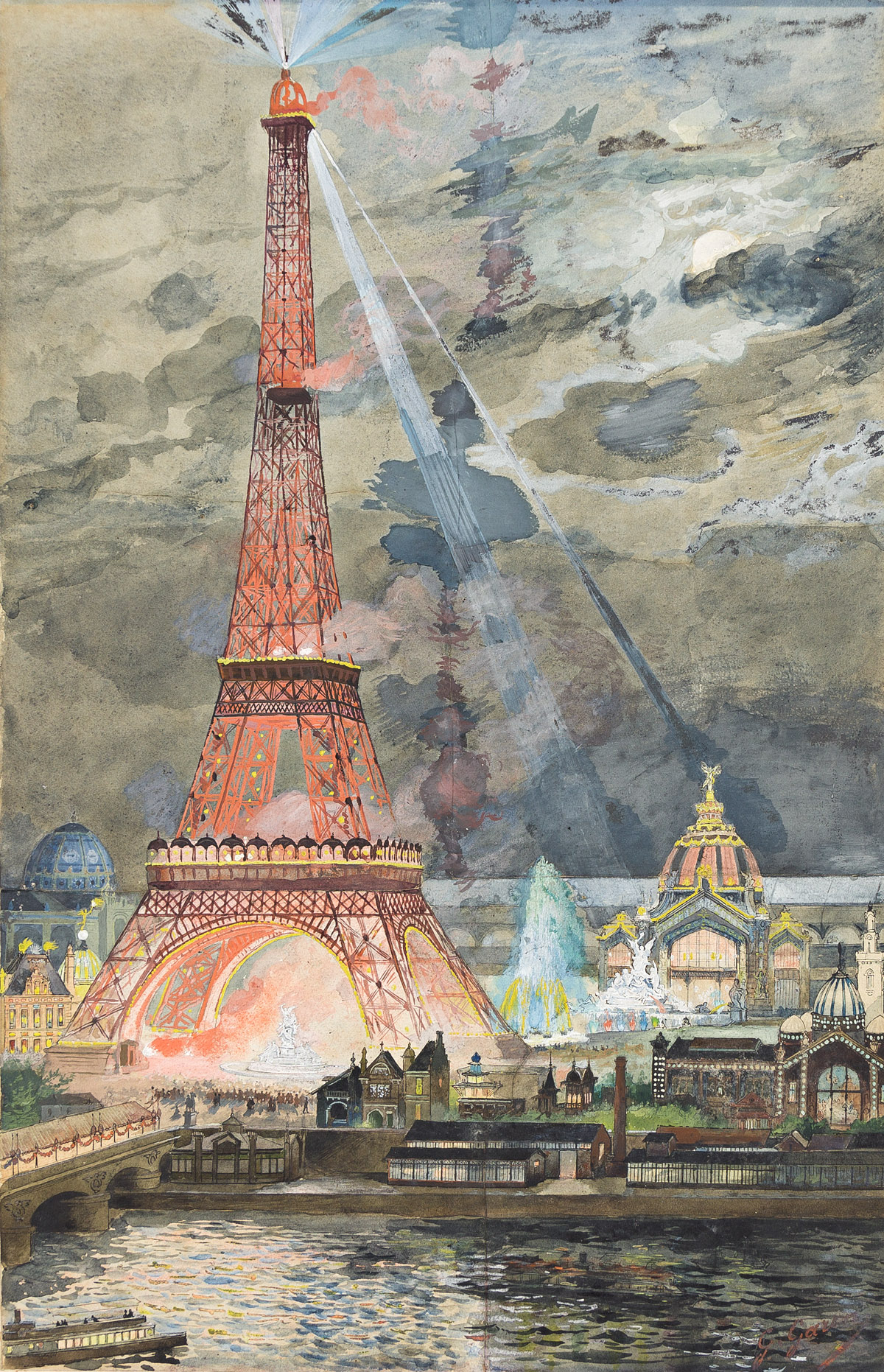