This color screenprint is based on the same-titled oil from 1989, now at the Art Institute of Chicago (Richter catalogue raisonné 706-2).

Richter (born 1932) is one of the most important contemporary German artists working today, subverting the traditional practice of separating representational art from abstraction. Initially trained in highly realistic painting in East Germany under Soviet rule, Richter's oeuvre shifted when he fled to West Germany in 1961, where he studied under Sigmar Polke at the Kunstakademie Düsseldorf. There he was able to experiment with the relationship between an images formal composition and its content by painting photographs he discovered in books and newspapers, but blurring, distorting and fracturing the figures as he painted them, as though they were being viewed through warped glass.

Of his work, Richter has stated, "The flowing transitions, the smooth equalizing surface, clarify the content and make the representation credible." He initially produces a detailed, realistic under-painting, a practice informed by his training and his early work, before using a sponge or heavy brush to apply generous layers of saturated, highly-pigmented acrylic or oil paints, which are then smeared across the canvas. This technique highlights the artist's mastery of his materials, allowing the sculptural three-dimensionality of the paint and its variable drying times, dependent on the pigments used, to accentuate the monochromatic flatness of the background. The paint interferes with the ability to view the image depicted beneath, and the contrast between the multicolored, painterly impasto and the semi-pictorial under-painting suggest that representation and abstraction are interchangable, rather than diametrically opposed. Richter has expressed that a part of his process is allowing the abstract canvases to "do what they want," which sometimes includes destroying and reworking large swaths of completed work, working contrarily to his original plan, frequently, simply letting the heavy layers of paint dry over time and settle on the canvas.. Butin 123.
Set Alert for Similar Items 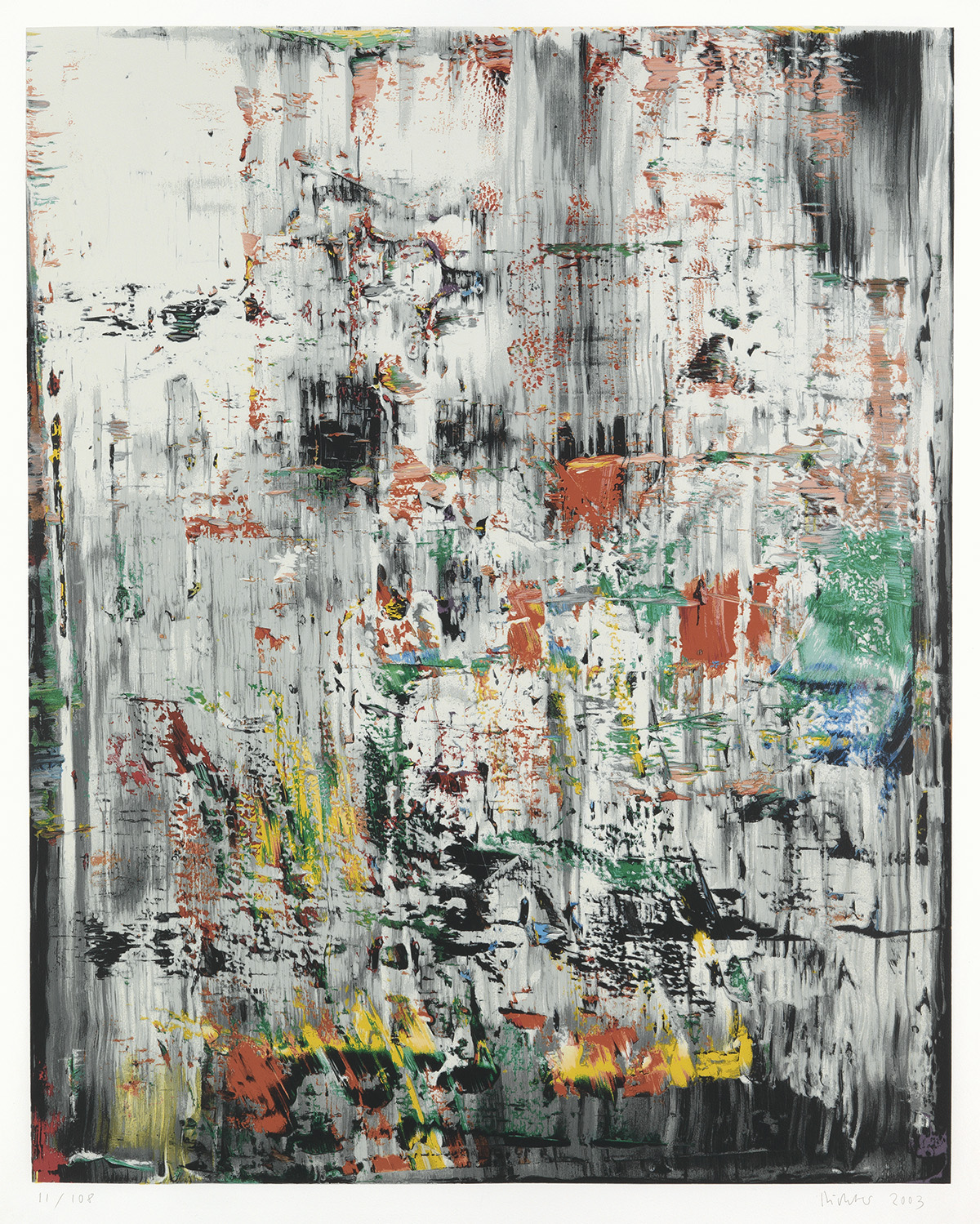