This lot is accompanied by a photo certificate of authenticity issued by Elena Gigli, Archivo Gigli, Rome, dated November 16, 2021, with the registration number 618/B.

Following in the vibrant tradition of self-portrayal by artists from Rembrandt van Rijn to Vincent van Gogh, Balla (1871-1958) painted more than 90 portraits of himself over the course of his productive career. These self-portraits bear witness to not only his physical aging with the elapse of time, but also his ever present spiritual spark and his strong experimental streak. By the time Balla painted this early self-portrait, he had settled in Rome after completing his studies at the Albertina Academy of Fine Arts in Turin. He had forged close relationships with fellow artists Umberto Boccioni and Gino Severini; the group would become the core of the Italian Futurist movement. During this time, Balla's work was concerned with capturing the effects of light, evident in the treatment of the brim of his hat, the tip of his nose, and his mustache and expressing his individuality (he wrote during this time, "mangia e veste a modo suo" or "one eats and dresses in his own way").

Balla's daughter, Elica, described this early self-portrait by her father in Con Balla as an image of a man in a single moment, desperately looking for opportunity, with his hat and upturned collar. It ranks among the most striking self portraits by an artist at the outset of a career, with a breathtaking self presence in character and a bravura handling of the medium. As this early work demonstrates, Balla's knack for depicting the dynamism and potential of movement in a single moment in time would become a hallmark of the Futurist movement of which he was a leading figure.
Set Alert for Similar Items 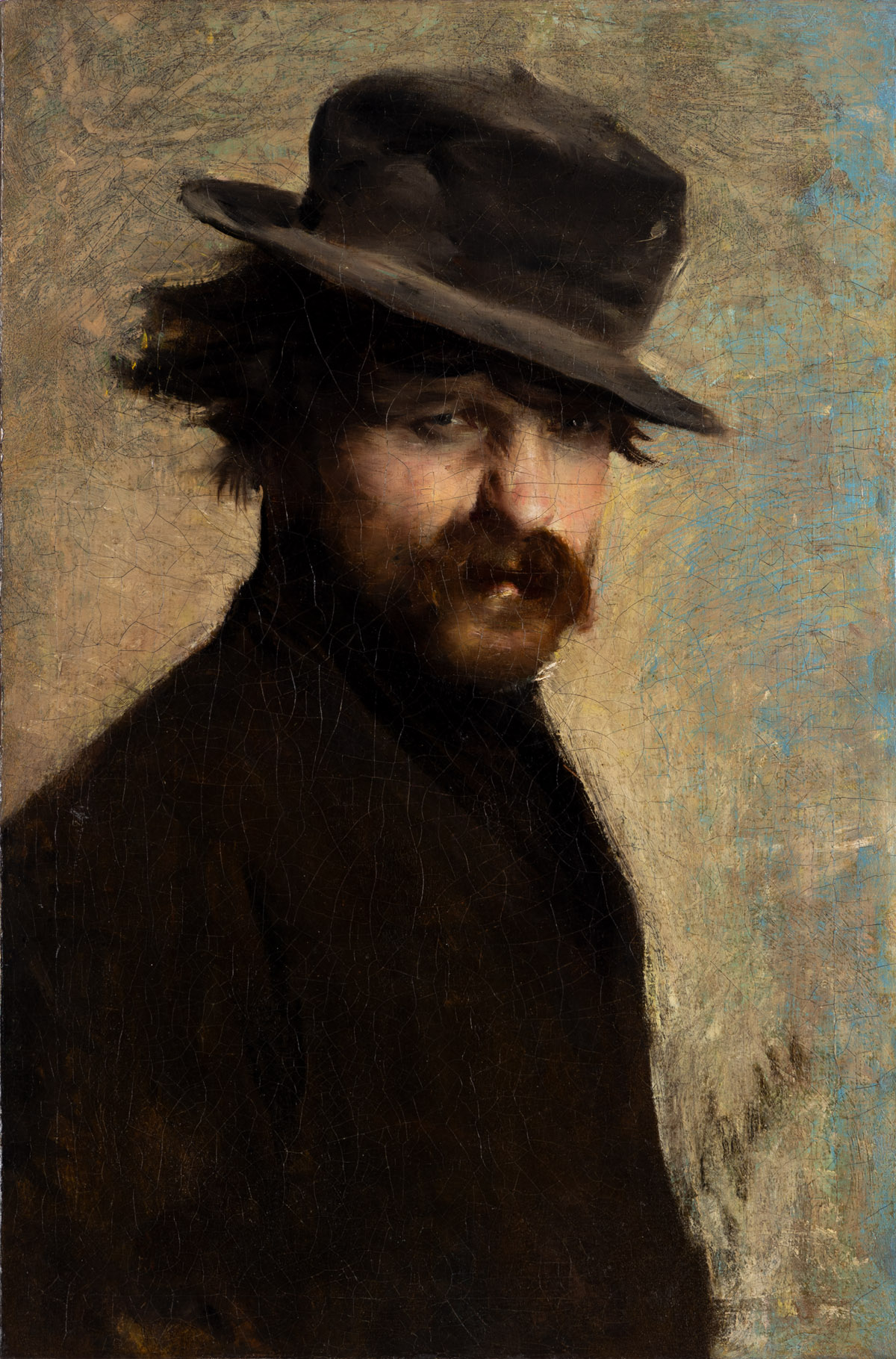