According to Nicholas Turner, who has seen digital images of this sheet, the style of this drawing is characteristic of Guercino's work from around 1650. He notes that though few drawings in red chalk by Guercino have survived from this period, those that have are often in dark red chalk, and share the same emphatic handling, with bold areas of shading, as the current drawing.

Turner compares this drawing to Guercino's St. Francis Receiving the Stigmata, red chalk, Gabinetto Disegni e Stampe degli Uffizi, Florence, with both works sharing the chiaroscuro effects and the characterization of the heads of the saints (the Uffizi drawing is a study for the altarpiece of the subject in the church of the Cappuccini, Cesena, 1646). Notable too is the regular parallel hatching in the rocks of the cave in the Uffizi drawing and that of the foliage of the trees and the side of the cliff in the current drawing.

Another drawing, perhaps more closely related to the current work, according to Turner, is Guercino's St. Sebastian, red chalk, now in the Palazzo Rosso, Genoa (the Genoa drawing is a study for the altarpiece of the subject in the Galleria Palatina, Palazzo Pitti, Florence, which Guercino painted in 1652). In the Genoa sheet, the rocky background, the foliage of the tree to which St. Sebastian is tied, the play of light and dark across the saint's nude body and the reinforcement of the figure's contours find many parallels in the handling of the current drawing.
Set Alert for Similar Items 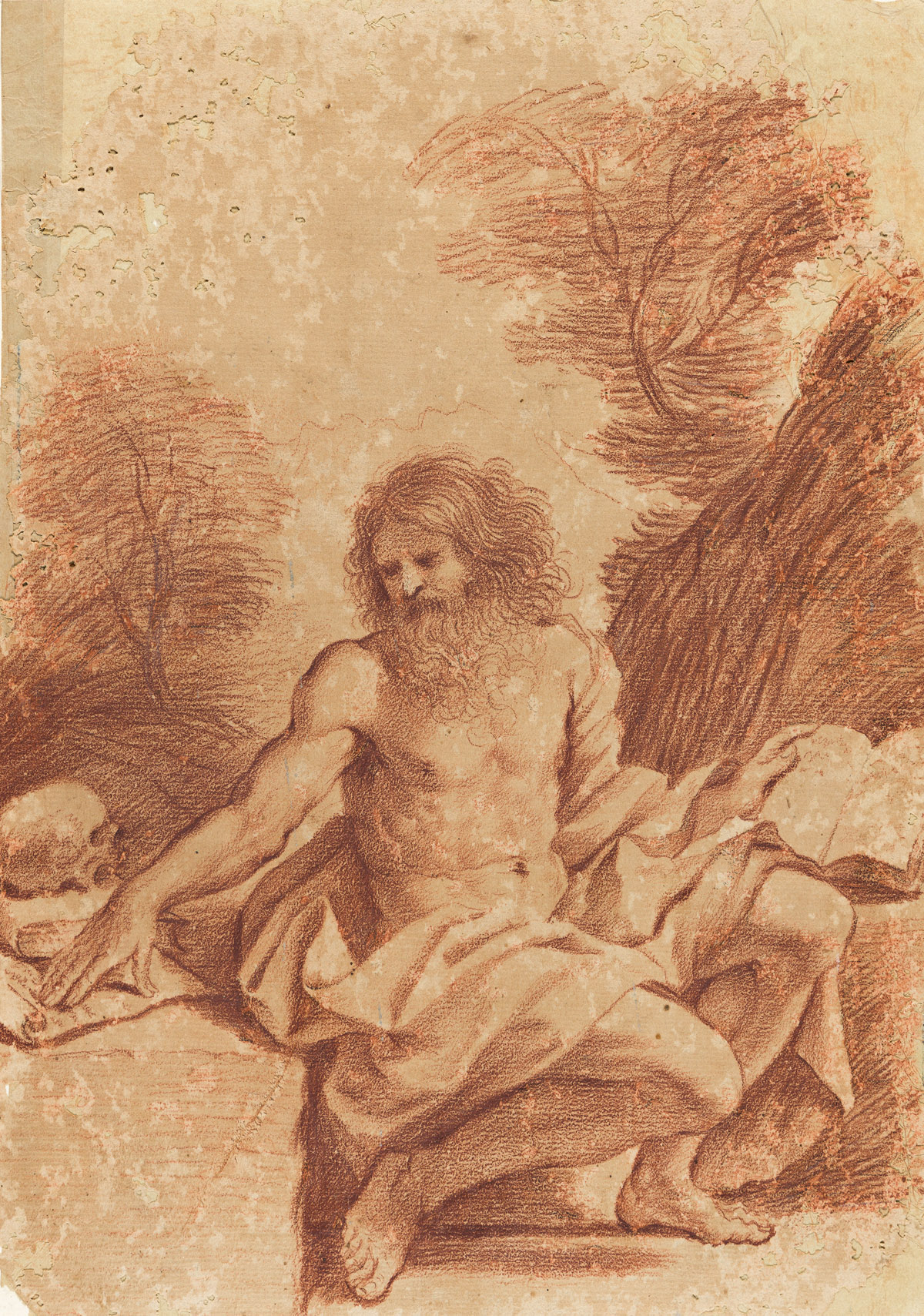