According to Giampaolo, the original attribution for this drawing to Bedoli was made by Philip Pouncey, who noted the original pen and ink and wash drawing by Bedoli with the white gouache highlights added later, possibly by a student of Bedoli, and dated the drawing to around 1540 (see A. E. Popham and M. di Giampaolo, Disegni di Girolamo Bedoli, Viadana, 1971, page 49, figure 35).

Bedoli was a native of Parma in a family that came from Viadana in Lombardy. He was a near contemporary of Parmigianino (1503-1540), and after the early death of the latter master, he completed some frescoes initially commissioned from Parmigianino, including works in the apse of Santa Maria della Steccata in Parma. He is known to have worked in the studio of the Parmigianino's uncles in Parma and he married the daughter of Pier Ilaro Mazzola, a cousin of Parmigianino, hence he added to his name the better known Mazzola appellation.
Set Alert for Similar Items 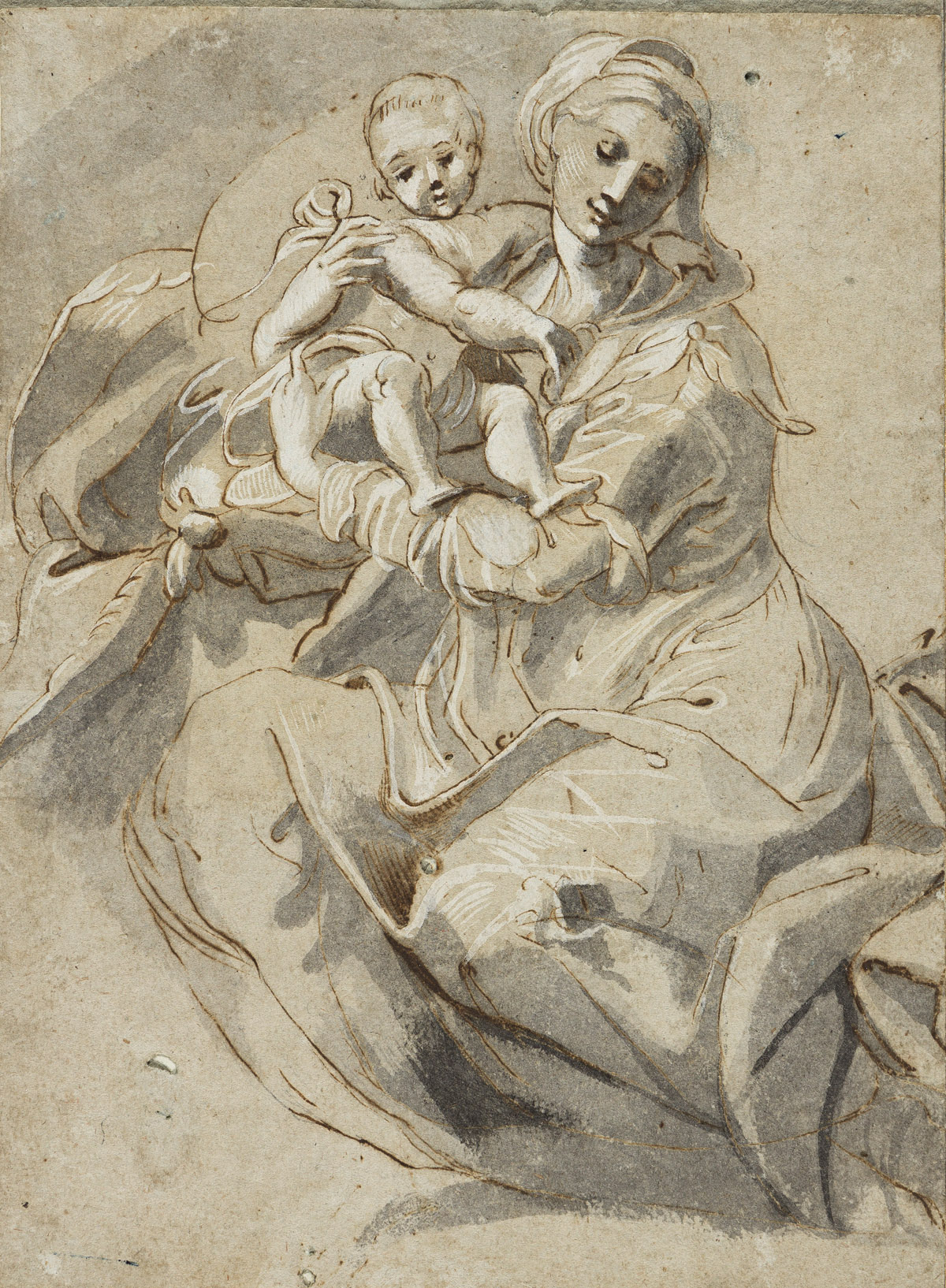