This charming scene is an example of the early Western landscapes of Grafton Tyler Brown. Born in Harrisburg, PA to a family of freed slaves from Maryland, Brown's family moved to San Francisco in 1855. There Brown began working for the lithography firm of Kuchel & Dresel, specializing in drawing maps and bird's-eye views of cities and towns in Nevada and California. After the owners' death, Brown purchased the firm, renaming it G.T. Brown & Co., but he then sold the business in 1879 in order to devote his time to painting. He moved to Victoria, BC, joining the Canadian government's geological survey of the Cascade Mountains in 1883. The following year he moved again, this time to Washington state, where he frequently painted Mt. Rainier. From 1886 to 1889, the artist had a studio and home in Portland, OR, where he was a member of the Portland Art Club. But by 1892, Brown was on the move again, relocating to St. Paul, MN, where he remained until his death in 1918. Today, his prized landscapes are found in institutional collections including the Smithsonian American Museum of Art and the National Museum of African American History and Culture, Washington, DC.
Request Condition Report Set Alert for Similar Items 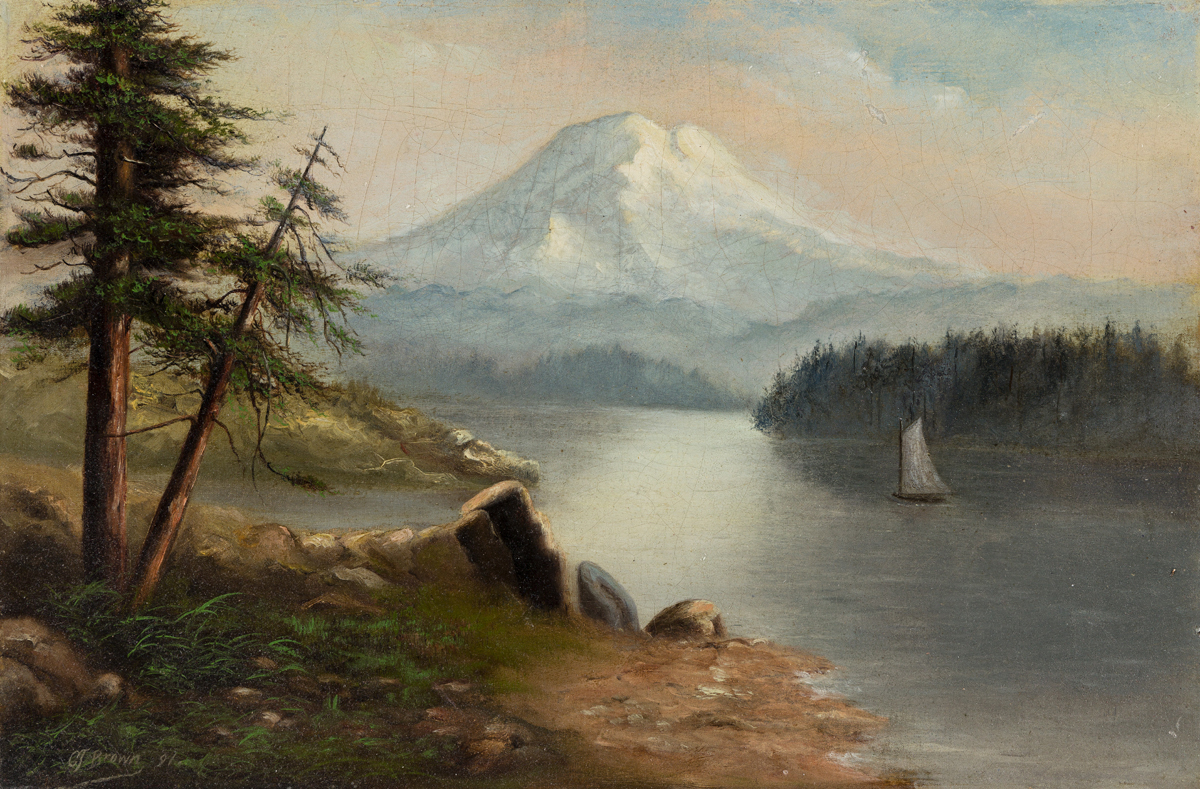