Wood (1891-1942), best known for his depictions of rural American life, was one of the original members of a Midwestern American art movement in the 1930s known as Regionalism. He was dedicated to spreading his artistic tenets and founded an artist's colony near Cedar Rapids, Iowa, in 1932, before he became a fine art professor at the University of Iowa and the state director of the Public Arts Fund in 1934. As Wood was so involved with teaching, and because his technique was meticulously time-consuming, he only produced approximately 50 paintings and 19 lithographs over the course of his career.

His lithographs, which represent the bulk of his output at the end of his career, were made in limited editions of 250, published by Associated American Artists (AAA), New York, and advertised through a national catalogue for $5 apiece. However, Sultry Night is a particularly significant, controversial lithograph because of its blatant, realistic depiction of the male nude (which is coincidentally the only nude represented by a Regionalist artist). At the time, the male nude was so shocking that the New York postmaster refused to send what were deemed indecent lithographs--therefore, only 100 impressions of Sultry Night were produced and sold "over the counter" at AAA. Cole 6.
Set Alert for Similar Items 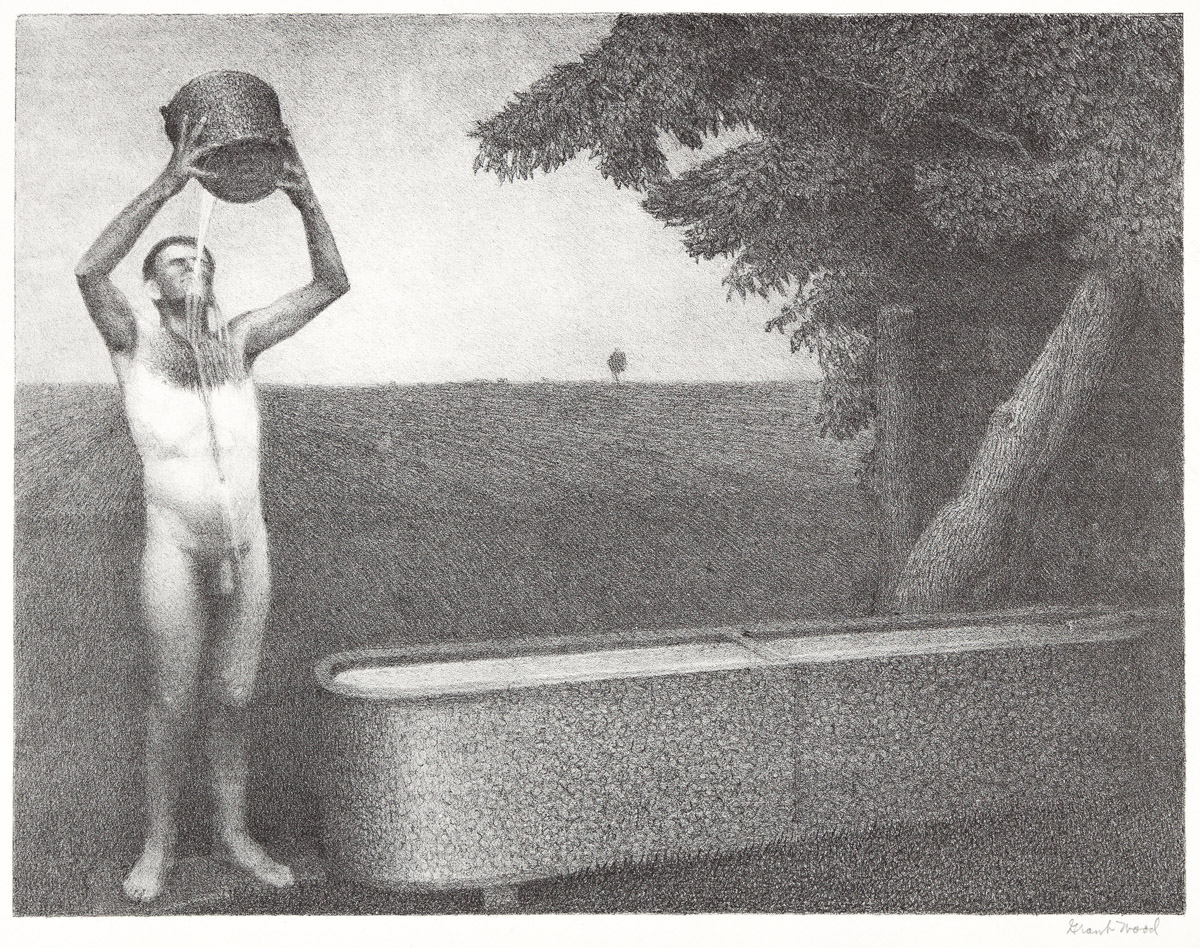