Provenance: Galerie Durand-Ruel, Paris, with label and their stock number 4178 in ink, on frame back; with David B. Findlay, Inc., New York, 1960; private collection, New York.

Didier Imbert, Paris, has confirmed this work is listed in the Durand-Ruel archives, in a letter dated February 8, 2022. A certificate of authenticity is available through Didier Imbert Fine Art, Paris.

Born in Paris, Loiseau (1865-1935) was a Post-Impressionist artist. Working initially in Paris as a decorator, he moved to Pont-Aven in Brittany and joined the artists' colony there, becoming friends with Paul Gauguin and Émile Bernard. After experimenting with Pointillism, he adopted his own approach to Post-Impressionism, painting landscapes directly from nature. He is known for his unique technique, en treillis, or cross-hatching, that distinguishes his work from his near contemporaries, like Claude Monet, Paul Cézanne, Vincent van Gogh and Georges Seurat. He excelled at landscape scenes featuring the banks of the Seine and the Oise, the Norman cliffs, as well as views of Paris and the area of the Île-de-France.
Set Alert for Similar Items 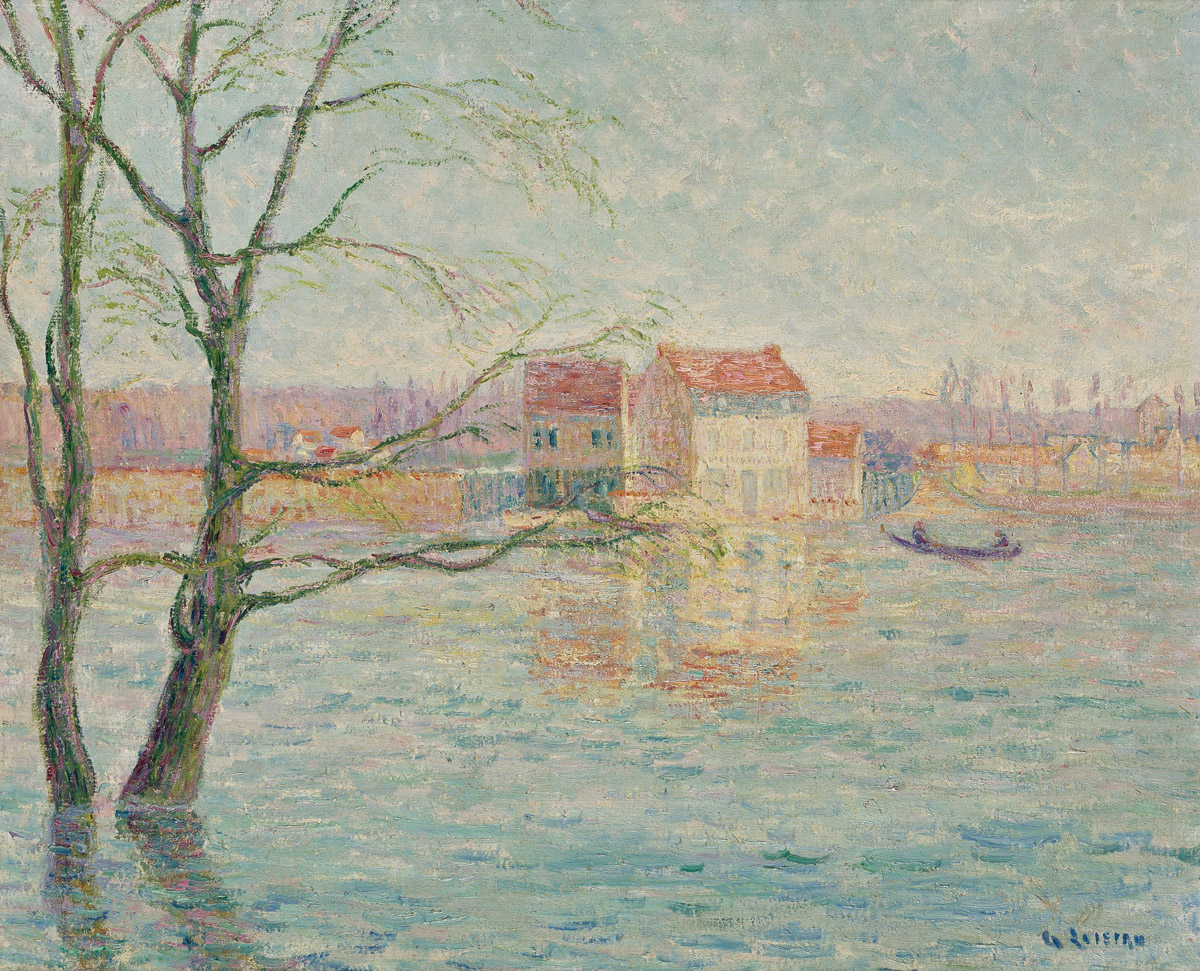