Wiggins (1883-1962) was born in Brooklyn into an artistic family. His father, Carleton Wiggins (1848-1942) was an accomplished painter and gave his son his early training. Later, Wiggins junior became the youngest member of the summertime Old Lyme Art Colony in Connecticut, painting alongside his father and Childe Hassam, among others (by 1915, Carleton Wiggins has settled in Old Lyme permanently). Wiggins also trained at the National Academy of Design in New York, where his teachers included William Merritt Chase and Robert Henri.

Throughout his long and successful career, Wiggins painted in an Impressionist style and became especially well known for his snowy New York cityscape canvases capturing the buildings and landmarks of Manhattan enveloped in wintry weather. Like Hassam, Wiggins blended the French traditions of Impressionism, from the likes of Claude Monet and Camille Pissarro, with an American style, influenced by his National Academy instructors Chase and Henri.

Wiggins was extremely popular in America throughout the first half of the 1900s, aided by his approachable style and his strong artistic pedigree. At the age of 20 he was the youngest artist to have a work included in the collection of the Metropolitan Museum of Art, New York. When he started painting snowy, New York city winter scenes in the mid-1910s his popularity surged (he claimed to have been trying to paint a summer landscape, not able to progress, when he looked out the window of his studio on a winter day and decided to paint the row of buildings across the street blurred by the snow storm).

He moved to Connecticut, purchasing a gentleman's farm outside of Old Lyme, in the 1920s, though he still kept a studio in New York for the next couple of decades. In 1920, Wiggins established an eponymous art school in Connecticut, teaching in New Haven during the "off-season" and in Old Lyme during the summer. In 1937, he relocated his art school year-round to Essex, Connecticut, and would invite important artists such as George Luks, Eugene Higgins and Bruce Crane as visiting instructors during the summers. Wiggins died at age 79, while on vacation in St. Augustine, Florida, and is buried in Old Lyme.
Set Alert for Similar Items 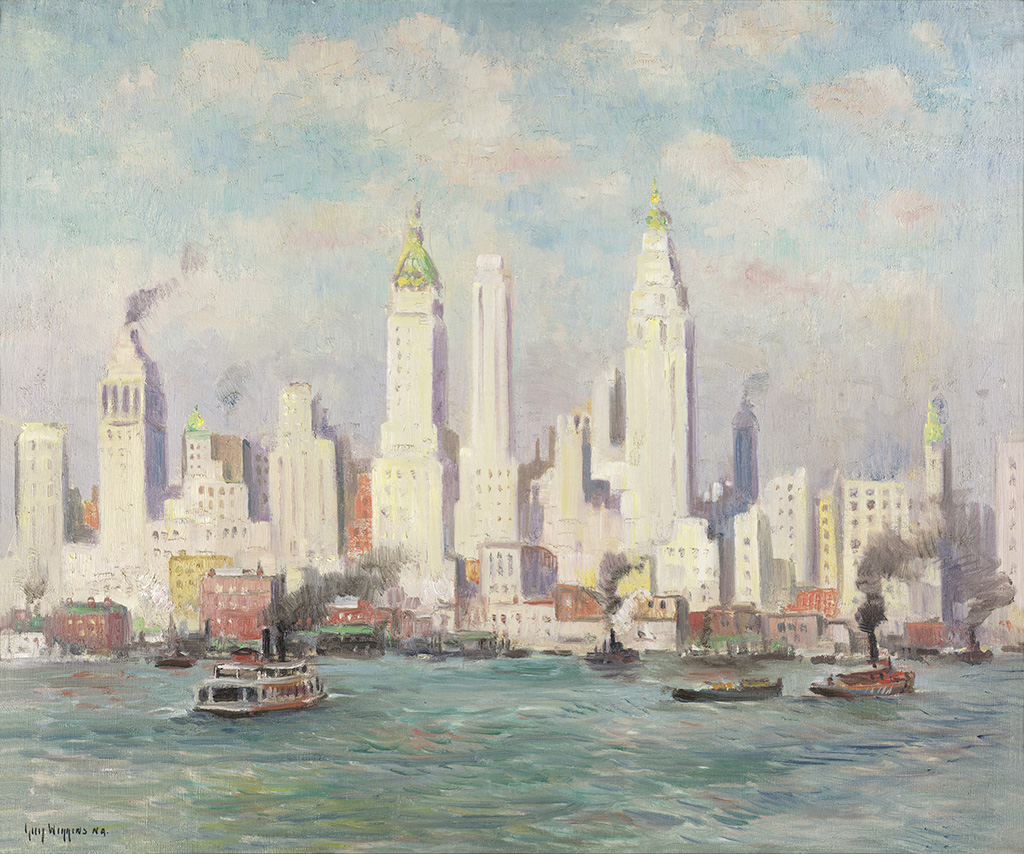