Garzoni's work describes many jobs, trades, and careers of the late sixteenth century. Politcians, surgeons, writers, philosophers, musicians, artists, clockmakers, merchants, and many others are profiled. His praise of printing is notable for book collectors. "The shadows of ignorance have now fled. Now it is no longer possible to sell lies and to pass black off for white. Now all pass judgement on infinite things, and if it weren't for the press they wouldn't be able to open their mouths to speak, let alone to pass judgement. This is the art which makes the mad known, that manifests the arrogant, that clearly shows the educated, that brings death to ignorance, that gives life to virtue and to science." (see Catharina Lis's The Idea of Work in Europe from Antiquity to Modern Times, United Kingdom, Taylor & Francis, 2016.)
Set Alert for Similar Items 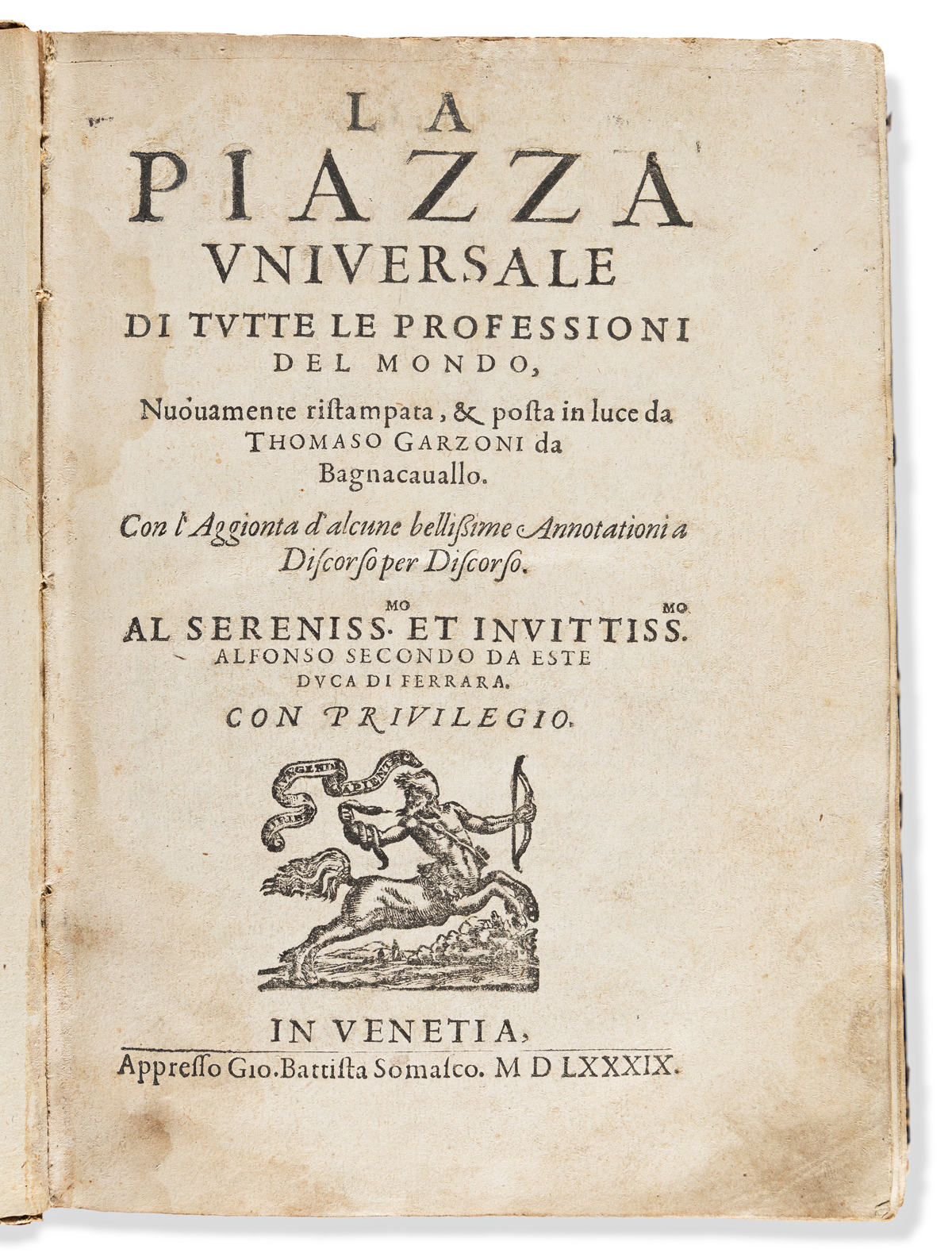