Second edition, very rare, octavo, 140 [i.e. 136] numbered leaves; woodcut printer's device with illustration to title, divided into five books (chapters), each illustrated at its start with a text woodcut, woodcut on verso of final leaf (some woodcuts repeated); with license to print issued by the Inquisition in Valencia, Spain dated September 24, 1653 on verso of title (as described in Palau); bound in contemporary limp parchment, some minor toning and spotting to contents, 5 1/2 x 3 1/2 in.

"[La Diana Enamorada] is one of the most agreeable of Spanish pastorals; interesting in incident, written in fluent prose, and embellished with melodious poems, it was constantly reprinted, was imitated by Cervantes in the Canto de Caliope, and was translated into English, French, German and Latin. The English version of Bartholomew Young, published in 1598 but current in manuscript fifteen years earlier, is said to have suggested the Felismena episode in the Two Gentlemen of Verona." (EB 1911) 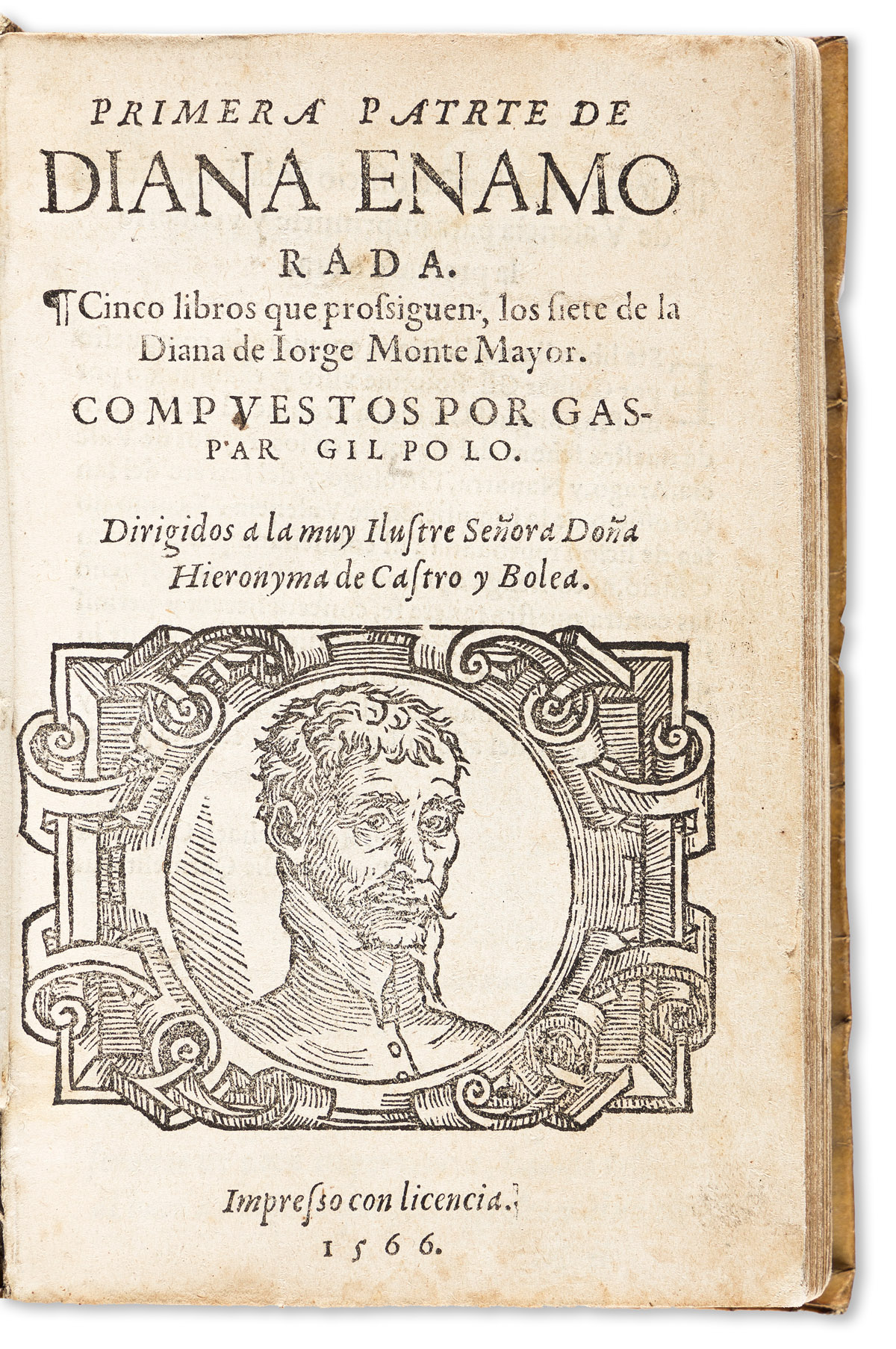