Approximately twenty black-and-white photographs from Gray's personal collection, most showing Gray or her friends and colleagues in action, trick riding in arenas, or posing for promotional shots; including a group of ten photos taken during the production of a lost and seemingly undocumented western identified by Gray as The Scorpion, shooting in Los Angeles in November of 1920; each photo from the production carefully annotated by Gray on the verso, several signed; [together with] a collection of Gray's personal paperwork, including property tax receipts, Steinway piano receipt, blank contracts, advertising ephemera from the 1920s and 1930s pertaining to her shows, and correspondence from show promoters; approximately thirty documents; [and] a photo of Gray with the Spirit of St. Louis taken at a celebration for Lindbergh in Cheyenne, Wyoming on Labor Day, September 2, 1927; her retained, typed, and signed copy of an extremely laudatory, if not downright flirty letter to Lindbergh, and other related ephemera.

Gray studied music at the University of Idaho and completed graduate work at the University of Chicago. Her focus was the piano, but she also was a tri-state tennis champion in college, trained as a nurse, and cared for members of the Apache tribe during the 1918 flu pandemic in Arizona. Her real love was trick riding. She rode horses and bulls (in Mexican bullfights). She claimed to be the first female rider to successfully perform the "under the belly crawl," and was famous for jumping her horse King Tut over an open car complete with passengers, a trick she performed on her wedding day, with her groom in the car. She also worked as a stunt rider in films, often riding for male actors, including Tim McCoy, Tom Mix, Hoot Gibson, and Ken Maynard. The production stills in this lot show a lost western which included Gray in the cast, not as a stunt double. She was inducted into the National Cowgirl Hall of Fame in 1981, at the age of 90.
Set Alert for Similar Items 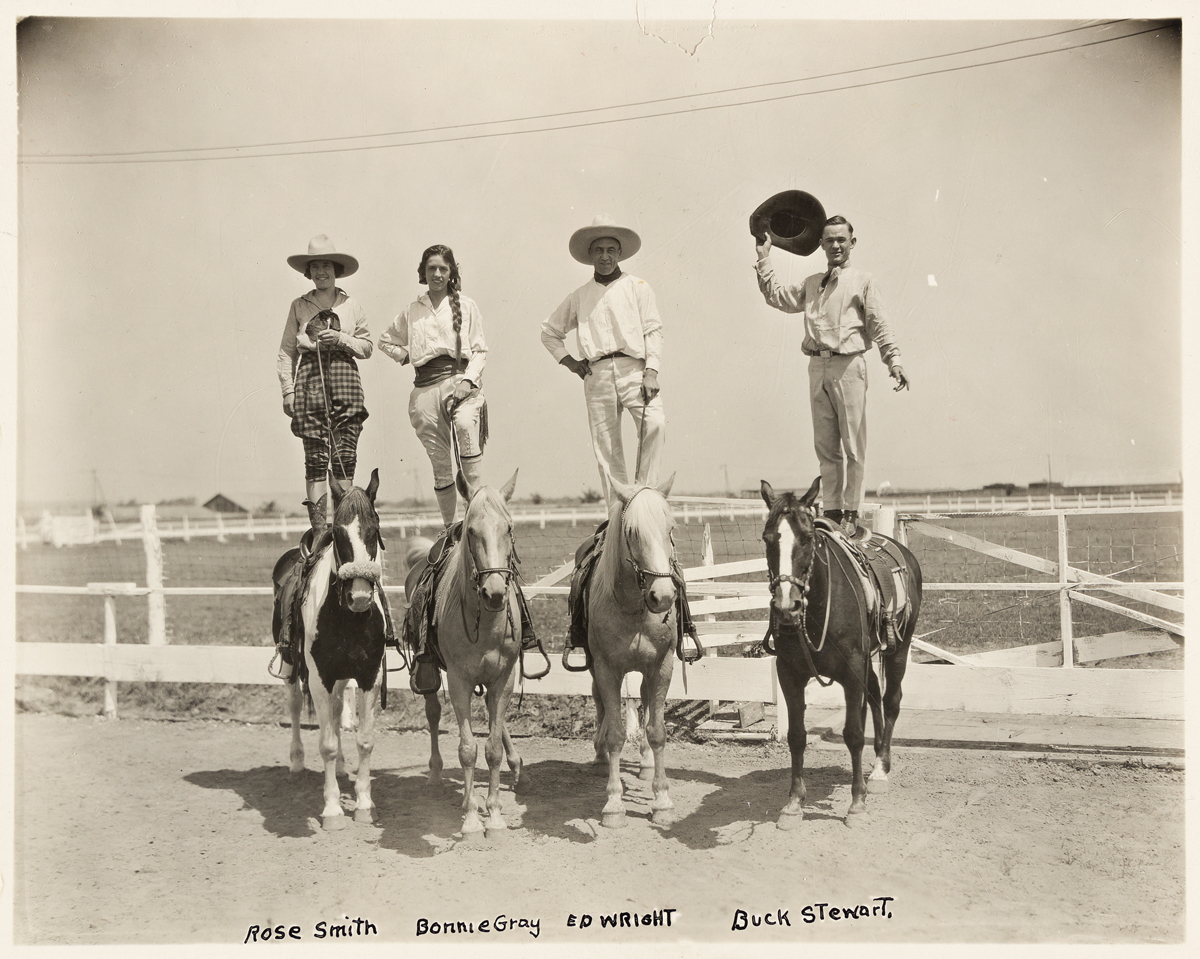 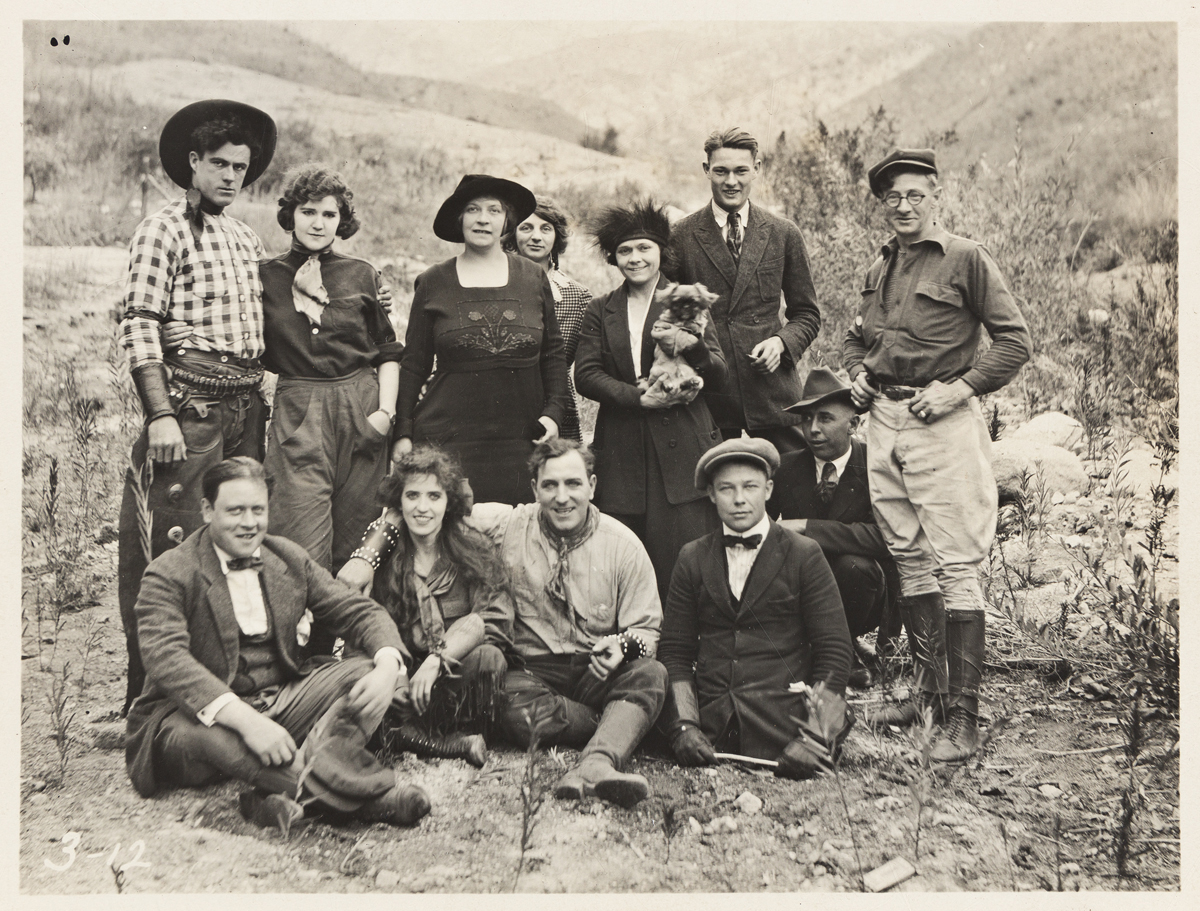