One of his earliest steel sculptures to come to auction, Harold Cousins's Composition is a remarkable example of mid-century abstraction in sculpture. This abstract composition comes from the artist's first year of working in steel in Paris. In New York, he had studied under William Zorach, Will Barnet and Reginald Marsh at the Art Students League, where he also met his wife, Peggy Thomas. The couple moved to Paris in October 1949, where he first studied with Ossip Zadkine, and became close friends with Karel Appel. But it wasn't until he had befriended the Japanese-American sculptor Shinkichi Tajiri and learned to weld steel that his work became completely abstract. Composition shows the light and open nature of his subjects in scrap metal before he began the plaitons series in the latter half of the decade. Cousins had his first solo exhibition of these steel works two years later in 1954 at Galerie Creuze in Paris. 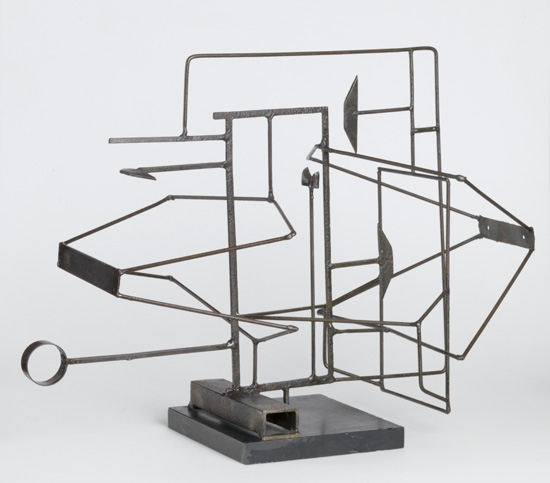