A superb, richly-inked impression of this extremely scarce lithograph.

According to the Terra Foundation, Brodsky is best known for lithograph images of Philadelphia and the surrounding area made in the 1930s and 1940s. A native of Newark, New Jersey, Brodsky graduated from the Philadelphia College of Art and also attended the University of Pennsylvania. In the late 1920s, he painted decorative works in the interiors of movie theaters in Haddon Township, New Jersey, and Ambler, Pennsylvania. In 1934, Brodsky's work was included in the exhibition "Paintings and Prints by Philadelphia Artists" at the Whitney Museum of American Art, New York, and in the following two decades he participated in numerous other shows in national and international venues. His work won a purchase prize at the Brooklyn Museum in 1947, and the following year garnered another prize at Philadelphia's Print Club, of which he was an active member. During the 1940s and 1950s Brodsky taught at vocational schools in Philadelphia. He later worked as a commercial artist for the Campbell's Soup Company, for the weekly entertainment magazine TV Guide, and for Philadelphia advertising agencies.

Brodsky created some of the more haunting images of the WPA, particularly in his lithographs, acting as a zeitgeist for the pressing issues of his time and emphasizing themes of social justice in portrayals of workers and the down-and-out in America.
Set Alert for Similar Items 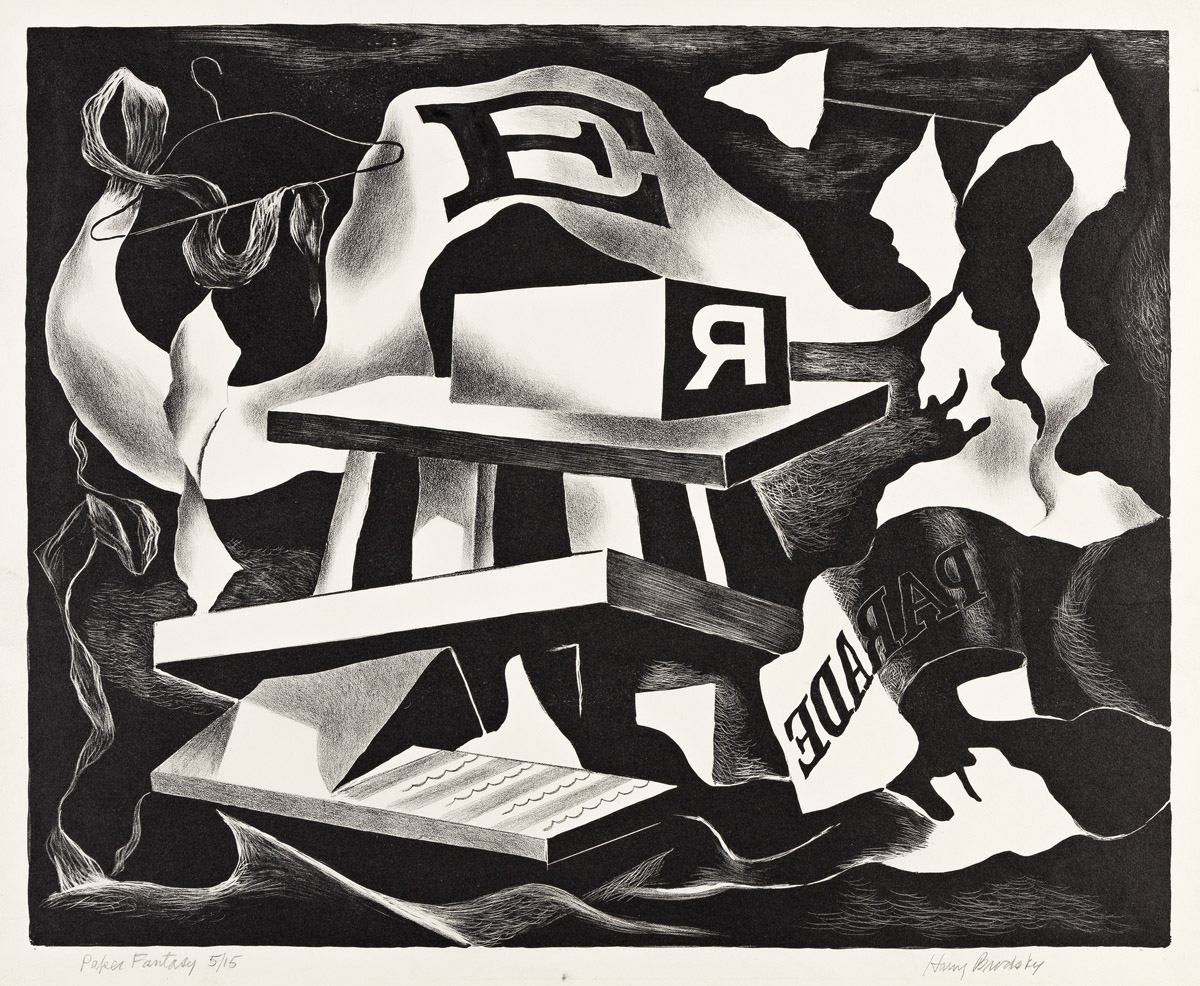