This beautiful still life is a scarce example of Haywood "Bill" Rivers's brief but celebrated late 1940s figurative period. Influenced by seeing both Van Gogh and Horace Pippen's work at the Baltimore Museum, Rivers depicted domestic scenes from his family home in Morven, NC. This modernist painting has charming elements of Impressionism and Japonisme with the flatness of the composition, and its elements of sunflowers in a glazed bowl and the framed Japanese woodcut on the wall.

Rivers left his family as a young teen and moved to Baltimore; he later moved to New York and studied at the Art Students League from 1946-49. Rivers soon left for Paris after being awarded a Julius Rosenwald Fellowship in 1948. There Rivers joined the collaborative Galerie Huite, an exhibition space founded by Robert Rosenwald, Julius's grandson, for American painters in Paris, including Al Held and Jules Olitski. He also studied at the École du Louvre in Paris from 1950-52. Rivers went on to receive other awards for his work, including the John Hay Whitney Fellowship in 1952 while his paintings became more abstract. His two solo exhibitions--in 1948, at the Baltimore Museum of Fine Art, and in 1983, at the Ann Weber Gallery in Georgetown, ME--bookend a long, distinguished career.

Today, his works are in the collections of the Baltimore Museum of Art and La Musée d'Art Moderne, Paris. The Baltimore Museum's The Drape Maker and Tailor Shop, both acquired from his 1948 exhibition, were included in the 2009-10 traveling museum exhibition, A Force for Change: African American Art and the Rosenwald Fund. Schulman p. 140.
Set Alert for Similar Items 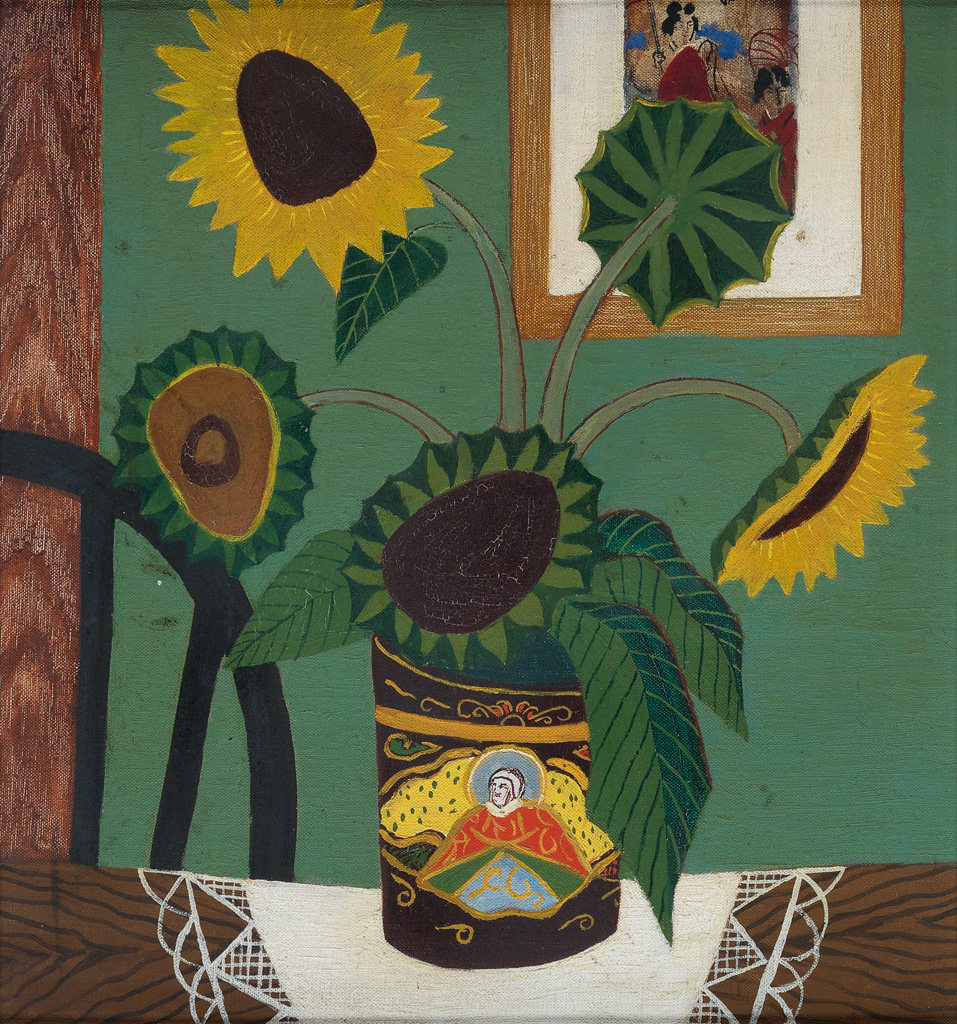