Heap, Ludlow, and Wood's map of the Dakota Territory, first issued in 1872 with subsequent editions in '75 (the present example) and '78 (recorded in the Library of Congress), was surely the most detailed and authoritative mapping of the territory at the time of the Great Sioux War of 1876. The map is rendered on a scale of 1 inch to 12 miles, and encompasses the major surveying expeditions, Indian treaty lands, and topographical features. This, the second state, had been substantially updated with the information gathered on Custer and Ludlow's pivotal 1874 survey of the Black Hills. That survey is credited with spurring the Black Hills gold rush and in turn leading to the Great Sioux War. After its publication in St. Paul the map went into service in the Dakota Territory and westward in the lead up to war and during the conflict itself. We record no examples of any state of this map at auction.

The present example is made more desirable by its significant manuscript additions, which record (among other things) a quasi-official survey to discover an expedient path westward to the newly discovered gold fields. This survey, lead by Henry Ash, and including George Henchel (the probable manuscript cartographer of this map), was to record travelling distances and times from Yankton County to the amorphous settlements in the Black Hills. Quite thankfully, Henchel kept a journal, which was subsequently published in the Yankton Daily Press and Dakotaian, and later in Gold Rush: The Black Hills Story, (SDSHS Press, 2012). When reading the map with the journal as one's companion the expedition is illuminated in a truly captivating way.

The annotations around the Black Hills are perhaps the most important, as they show the towns of Deadwood, Spearfish, and Rapid City at their founding. Rapid City is placed emphatically with a star. Henchel mentions this in his journal:

"February 27… we crossed Rapid creek… on arriving here, we found people (hardy looking men, black from the pine smudge and resembling the African race) busily engaged in the construction of buildings, and lots were offered us in the would-be town gratis… February 28… of course as well may be imagined, the starting of a town was discussed, and this was the general subject of all conversation. In the latter part of the day, steps towards organization of a board of town trustees was taken, and during a meeting in the evening… the new town was named Rapid City." 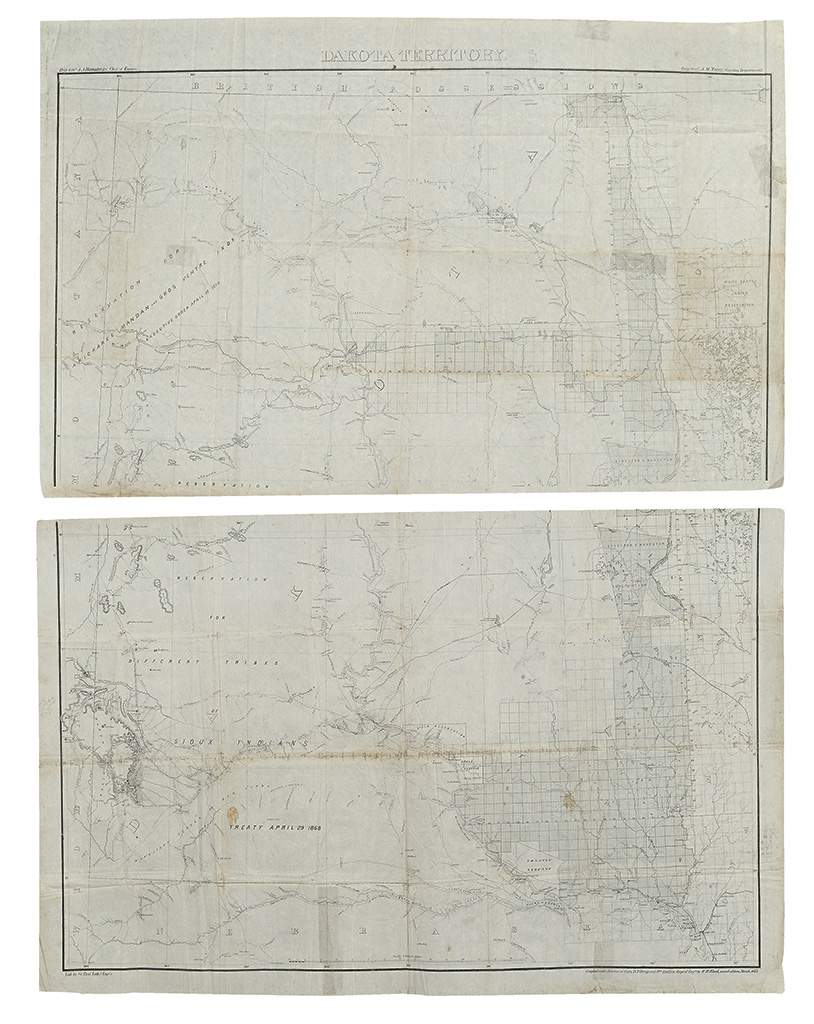