Provenance: the estate of the artist; private collection, New York (2017).

Born in Wetumpka, OK, Bannarn moved with his family to Minneapolis when he was a child. There Bannarn studied at the Minneapolis School of Art (now the Minneapolis College of Art and Design). He won two first place prizes in sculpture at the Minnesota State Art Fair and showed at the Harmon Foundation in New York in 1933. With a grant from the Minneapolis philanthropist James Ford Bell, Bannarn moved to New York in 1934. There Bannarn and Charles Alston rented the studio which became the Harlem Workshop or the "306", a creative center and meeting place for artists, musicians and poets. Bannard also taught at the Harlem Community Art Center, where he worked alongside Norman Lewis and Charles Alston, and mentored Jacob Lawrence.

Rowhouses, Charleston, SC is a scarce example of Bannarn's modernist painting made during his wartime service in the US Army. Bannarn was inducted around 1940, and his painting skills were soon put to use in the Army's Special Services Division. In Camp Plauche, Harahan, Louisiana, he created a series of murals depicting soldiers on furlough in various theaters of operation. Later at the Charleston Port of Embarkation, South Carolina, he completed murals depicting American soldiers on leave around the world, and recruitment and war bond posters, painting some of the the first service and support images to depict African American soldiers as a fighting men. Bannarn continued to paint his own work at the time, and returned to his studio practice in New York in 1949.
Set Alert for Similar Items 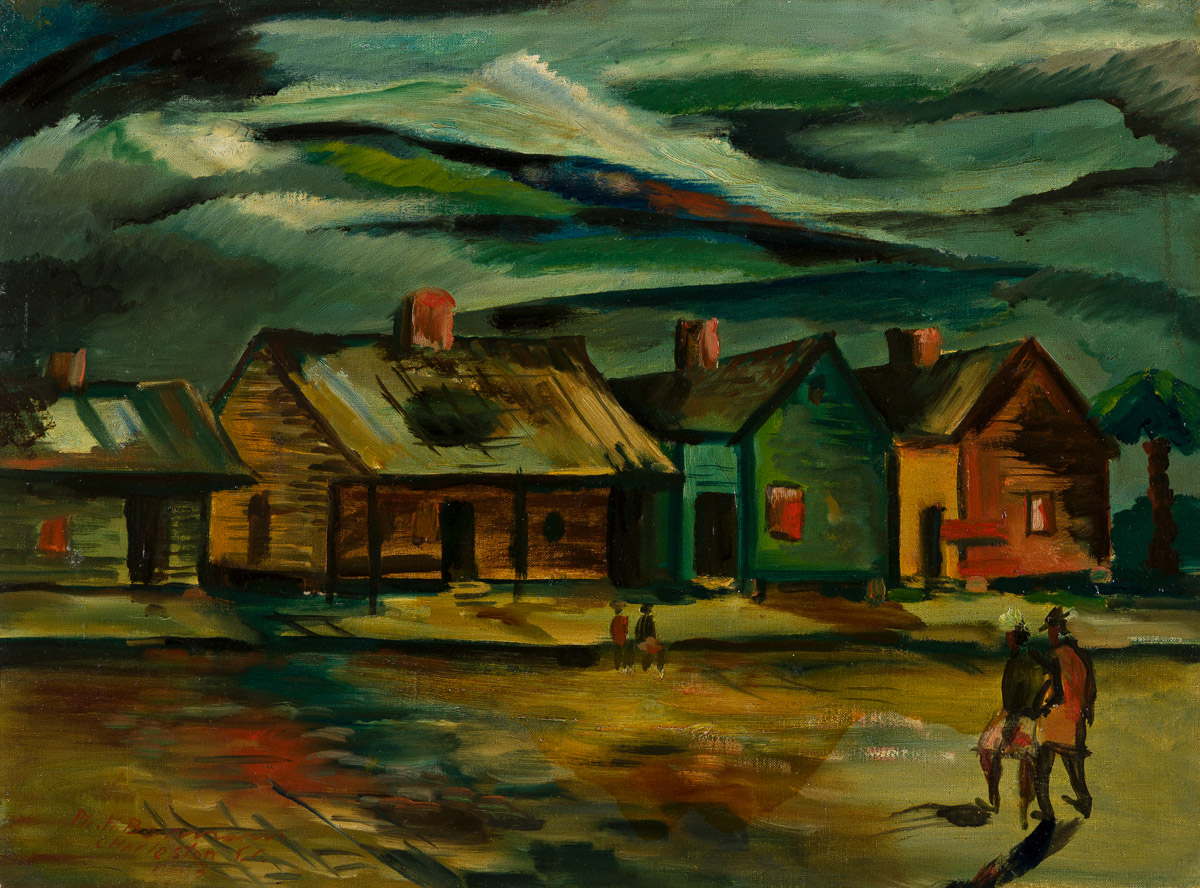