Price Realized: $ 1,000
Price Realized: $ 1,250
?Final Price Realized includes Buyer’s Premium added to Hammer Price
Estimate: $ 1,500 - $ 2,000
HERBERT MATTER (1907-1984) EN ROUTE POUR LA SUISSE. 1935.
40x24 3/4 inches, 101 1/2x63 cm. Fretz Frères, Zurich.
Condition B / B+: overpainting in lower margin and text; repaired tears, creases and abrasions at edges; repaired pin holes in corners; pencil notations at bottom edge.
Between 1928 and 1932 Matter lived in Paris, where he studied at l'Academie Moderne under Fernand Leger and Ozenfant, and then he worked as a photographer and typographer in the advertising firm of Deberny & Peignot. He also worked with Cassandre. In 1934, back in Switzerland, he revolutionized travel posters by using photomontage (of which he was one of the pioneers and early masters), sharp contrasts, close-ups and daring layouts. This poster is part of the extraordinary series of Swiss travel posters he made from 1934-36, all of which consisted of close-up images that seem to spring at the public, against a background of clever montages. They simply revolutionized both the concept of the travel poster and the nature of photographic advertising images. This particular image, the most famous of the series, was inspired by Cassandre, whom Matter admired; the perspective is the same as was used in Étoile du Nord and La Route Bleue. In fact, this image can be perceived as the photographic version of Cassandre's ideas, augmented by Matter's unique style and talent. In the English version of this poster, the text reads "All Roads Lead To Switzerland." Even in the absence of text, the message would be just as plainly understood. "Matter evokes the clear sky and white snow of Switzerland in a manner that emphatically asserts the modernity and sophistication of the country," (Word and Image p. 59). This is the French version. Word & Image p. 74, Voyage p. 153 (var), Modern Poster 179 (var), The Poster 365, Fotoplakate (var), Swiss Graphic Design p. 86 (var), Muller-Brockmann 150 (var). MoMA 322.1937.
Set Alert for Similar Items 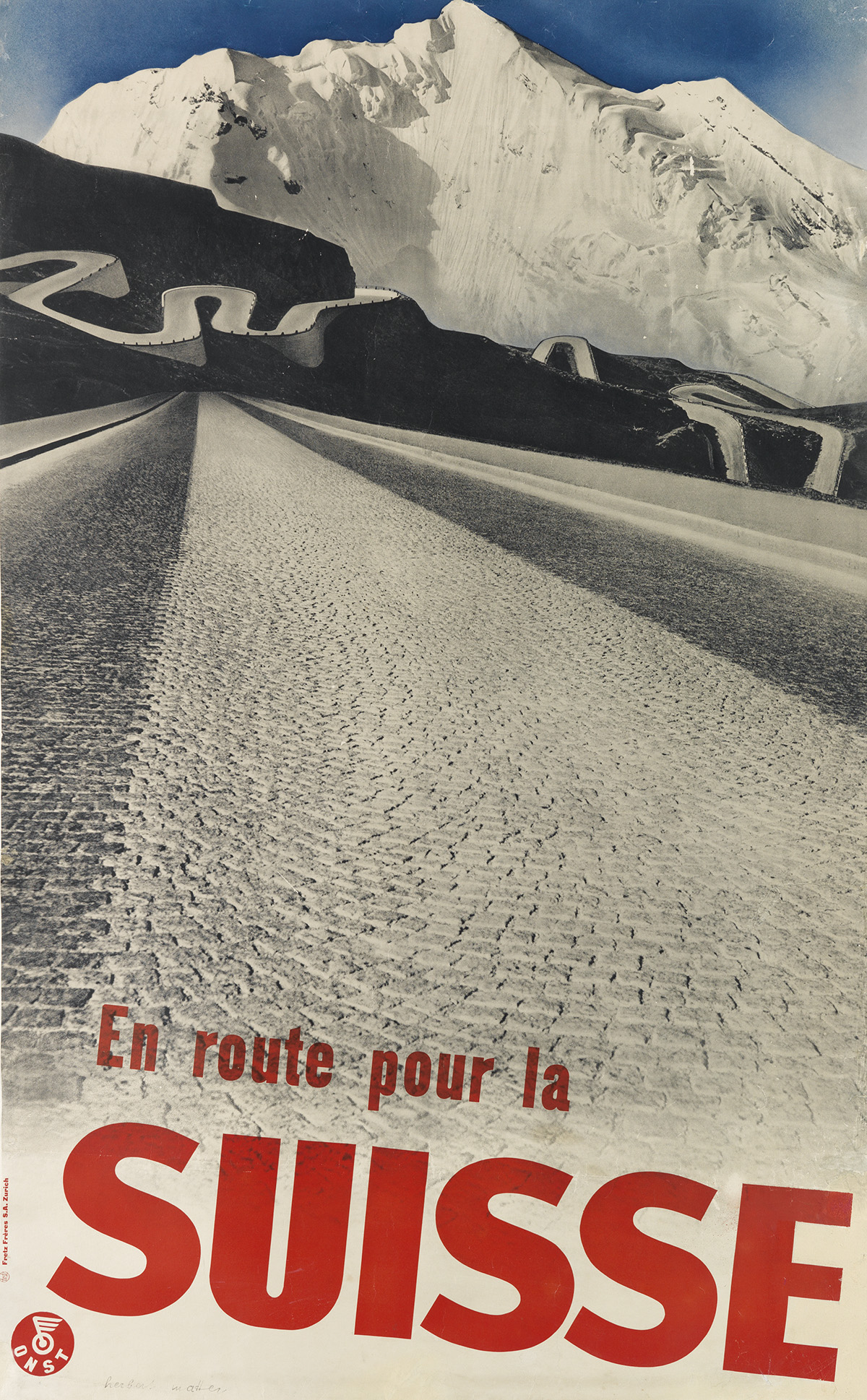