From the Estate of Evelyne Z. Daitz, New York.

At the peak of his career, from the late 1920s until his 1939 move to New Mexico, Cook feverishly depicted a rapidly-changing New York. Construction on skyscrapers flourished in the interwar period, with landmark towers like the Chrysler Building completed in 1930 and the Empire State Building completed the following year, while the Great Depression halted progress on other projects and construction sites remained commonplace. Cook was employed by the Works Progress Administration during this time. Artists like Cook, Louis Lozowick (1892-1973), and Samuel Margolies (1897-1974) embraced the evolving city as their subject, using exaggerated perspective to emphasize the grandeur of buildings, and portraying construction workers as everyday heroes.
Request Condition Report Set Alert for Similar Items 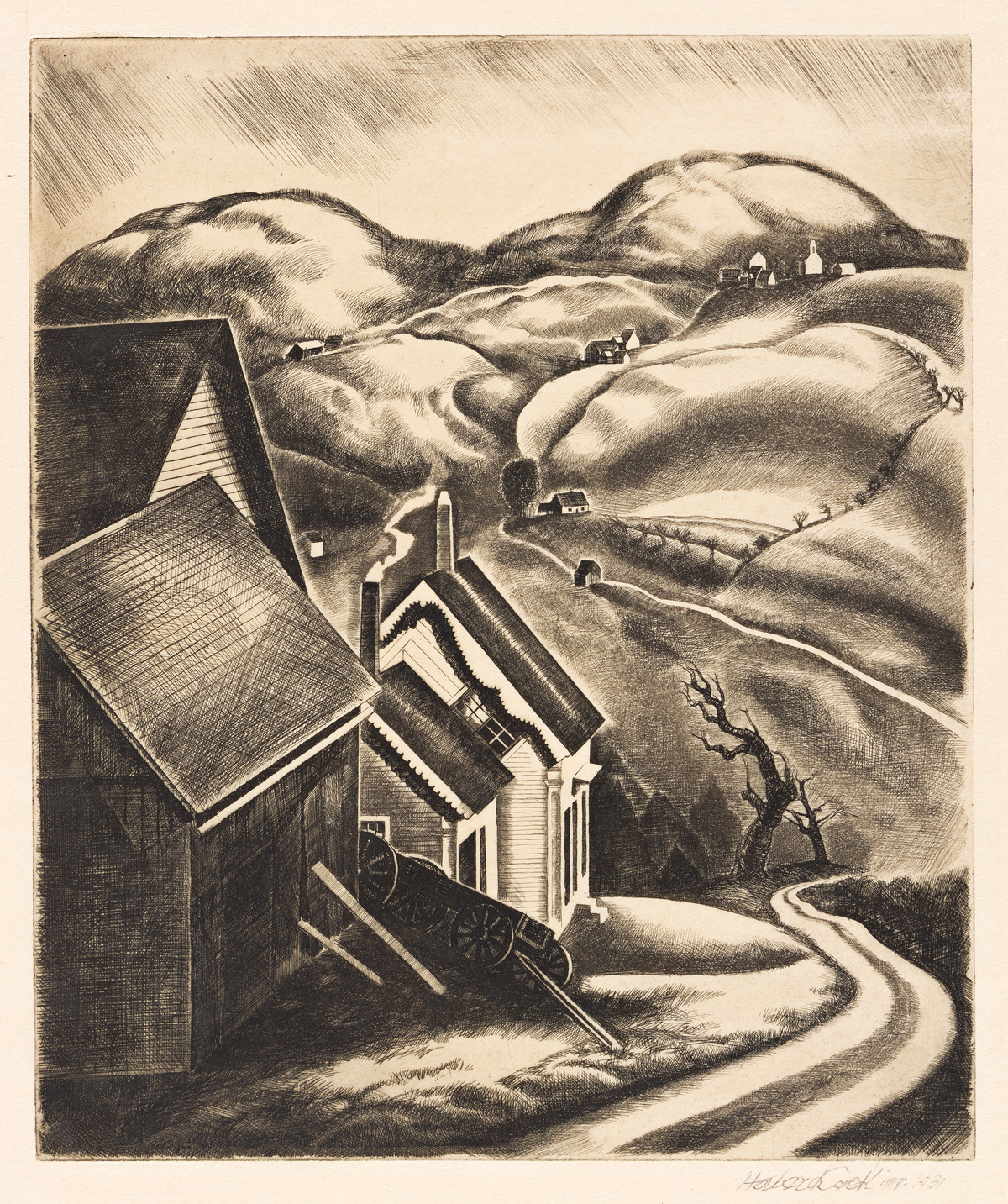 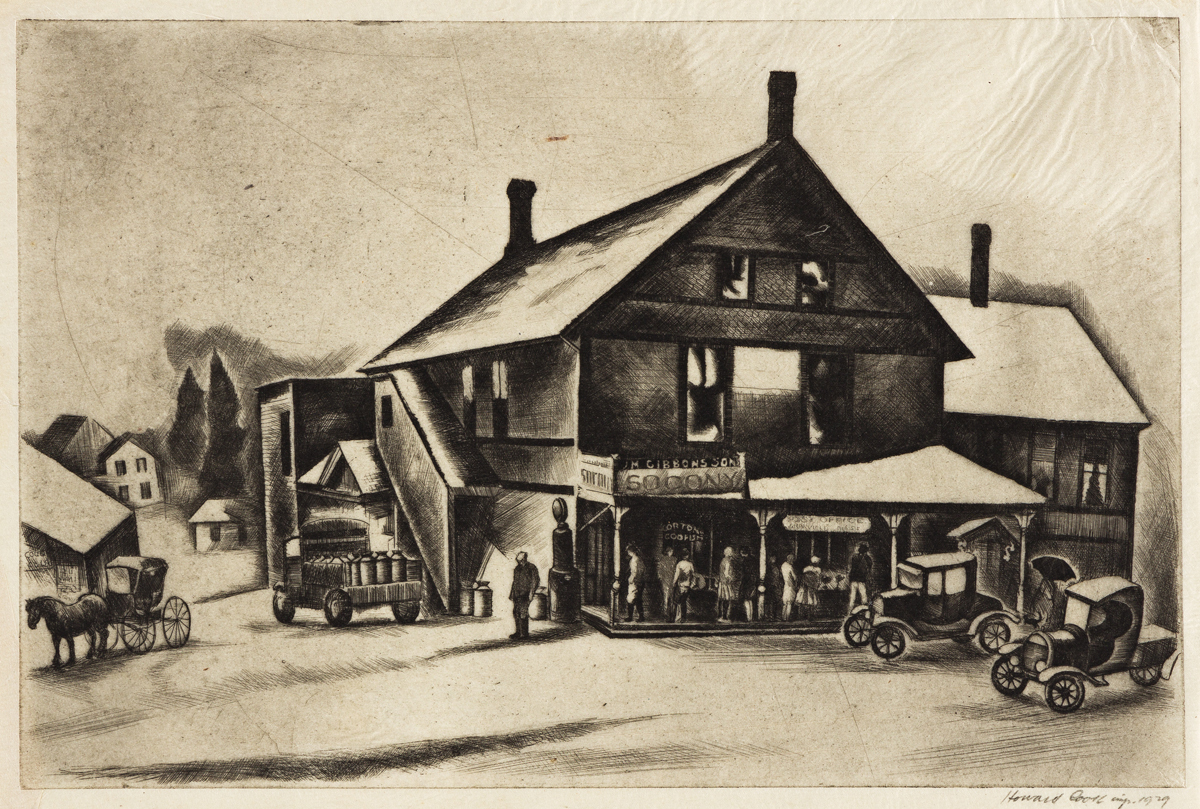