Pyle's dramatic image depicts a duel that occurred on September 25, 1777 at the New York Arms tavern, sometimes also referred to as the City Arms, instigated by Pennington's incessant whistling or humming, enraging Tollemache to the point of violence.

Throughout the 1880s and `90s, Pyle was establishing a reputation as an interpreter of American History, often returning to visual reflections of his country's past, especially politics and culture. This image is one among twenty-five created for, and which were rendered as engravings, for Stevens' article. "Each scene used separate depictions of working-class and upper-class taverns in the early American Republic, suggesting perhaps, the growing class divide of Gilded Age American Society"--Howard Pyle: Imagining an American School of Art, May, Jill P. and Robert E. May; Morse and Brincklé, page; Davis.

However, by the time this image was created, systemic, often contradictory, alternate facts of the incident prevailed. A duel including pistols was described in the court testimonies, and yet a formal duel with swords, a physician, and fellow officers, was depicted. Despite first-hand accounts clearly stating the two men were ultimately alone, a seemingly well-recorded event randomly shifted over time, and a complex duel evolved. No matter the result, one cannot argue the skill and energy of Pyle's brush.

An interesting detail in the painting can be seen in a faint, ghosted image of another figure behind the retreating Pennington, who had just slain his opponent.
Set Alert for Similar Items 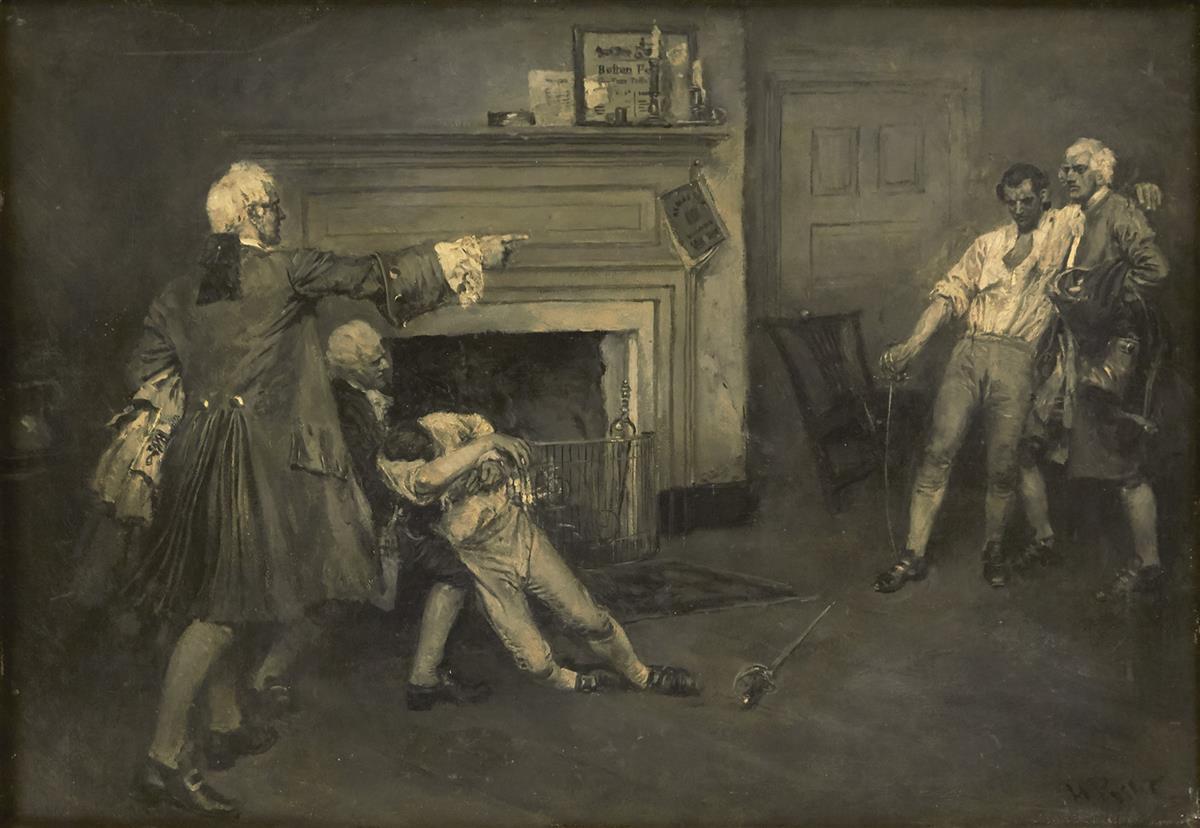