Exhibited: Lerner-Heller Gallery, New York, 1981, with the gallery label on the frame back.

Born in Philadelphia, Howardena Pindell pursued her passion in art from a young age, with extensive lessons in fine art. She received a BFA from Boston University in 1965, and an MFA from Yale University in 1967. Pindell moved to New York, and began working in the Art's Education Department at the Museum of Modern Art. Howardena Pindell first engaged with hole-punched circles by counting and numbering each one, then placed them over a gridded form — often the lines of graph paper — and added embellishments such as acrylic, watercolor, glitter, and even baby powder.

Pindell's affinity with numbers and grids grew from the influence of her father — a mathematician who often wrote down figures in a gridded journal. In 1972, Pindell was one of 22 co-founders of the A.I.R. Gallery in New York, which was the first artist-directed gallery for women artists in the United States. By 1977, she was appointed associate curator in the Prints and Drawings Department at MoMA.

In 1979, just when she was beginning the next phase of her career as a professor of art at SUNY, Stony Brook, Pindell was injured in a serious car accident that left her with acute memory loss. Her subsequent 1980-81 Oval Memory series transformed postcards saved from her global travels into elaborate assemblages that helped reconstruct her memories. 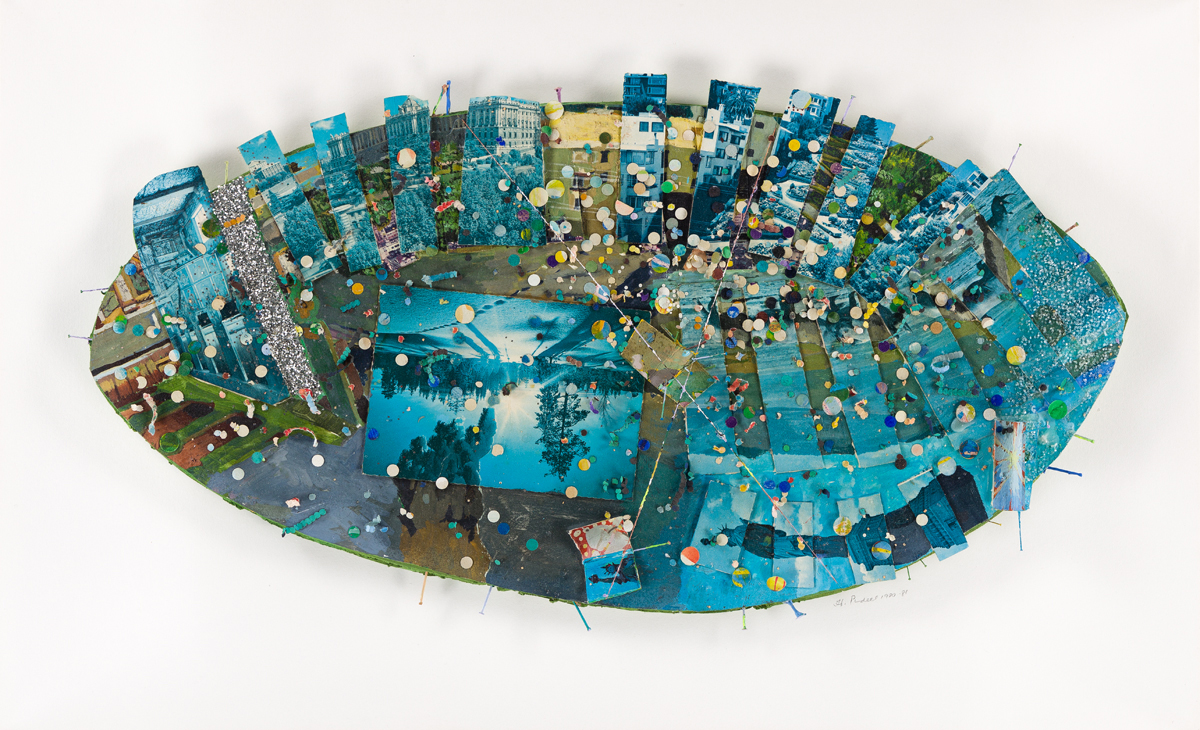