Coal Breakers is an exceptional painting by Lee-Smith, a rare oil from the late 1930s, and one of his earliest paintings to come to auction. The talent of an artist on the cusp of his career is evident. In 1938, Lee-Smith had just graduated from the Cleveland School of Art with honors, where he studied under Clarence Carter, and won a scholarship to continue studying for a fifth year. He was also teaching art at Karamu House in Cleveland, joining Charles Sallée, Elmer Brown, and William E. Smith. The group all received WPA commissions in printmaking - Lee-Smith in lithography - from Clarence Carter, now the Ohio WPA district director. Lee-Smith's noteworthy rise was soon recognized by his inclusion in Alain Locke's The Negro in Art, published in 1940.

Coal-Breakers is Lee-Smith's first known social-realist oil painting, and an important early manifestation of his long interest in depicting figures in desolate landscapes. Dr. King-Hammond describes how Lee-Smith's paintings in 1938 "reveal his preoccupation with social realist themes. In Coal Breakers (Plate 5), workers move coal in a decayed and damaged industrial setting - once a farm, perhaps, but now reduced to a rough terrain with no sign of vegetation, no growth. Grimy smoke darkens the sky." In this painting Lee-Smith addresses both the formal and emotional changes of the period. The urgency of the Depression enabled more American artists to embrace social-realism, and made painting that was socially and politically engaged relevant. Lee-Smith rejected the American scene painting of the time, and showed man's struggles in relationship to a harsh, new world. Marion p. 21; King-Hammond p. 16.
Set Alert for Similar Items 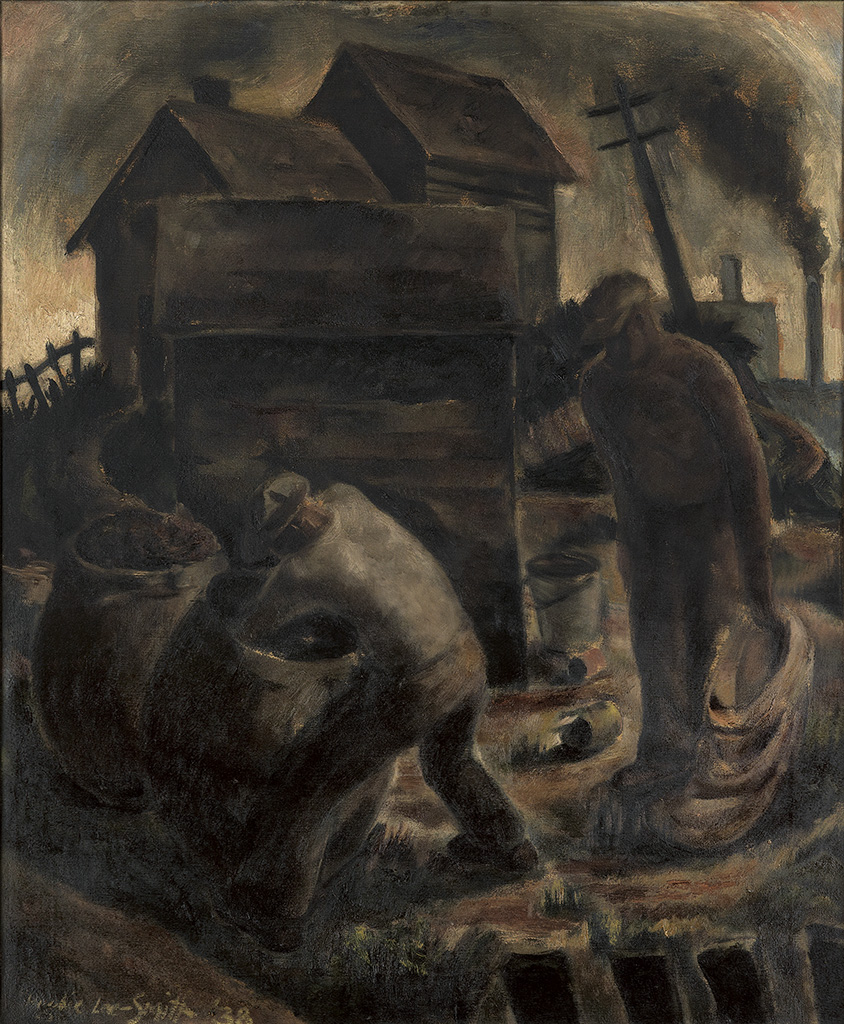