Hughie Lee-Smith's painting, Man with Balloons, is an important work and one of his best known images. Illustrated in numerous books and widely exhibited, this large canvas is a key work in the artist's oeuvre. It refines his theme of the isolation of modernity with a heightened sense of surrealism. In the 1950s Lee-Smith effectively created a new type of American landscape - an existential, imaginary space inhabited by isolated figures; seen in his 1957, Desert Forms, collection of the the Art Institute of Chicago, where a cloaked woman encounters a man climbing a De Chirico-like tower.

By 1960, Hughie Lee-Smith is working in his mature period, having moved from Detroit to New York two years earlier, and is now showing with the Jane Nessler (formerly the Petite) Gallery. Here the open foreground and rising picture plane brings the viewer into a bright, cinematic scene - inhabited only by two enigmatic men, and, in the distance, a broken ferris wheel. Lee-Smith makes us question what is reality and fantasy - childhood memories and adult alienation resonate in a dream-like vision.

In her 2010 monograph, Dr. Leslie King-Hammond included a wonderful story of the painting. For a book of anecdotes compiled by his wife Patricia to celebrate Hughie Lee-Smith's eightieth birthday, "the collector Richard Clarke recounted a visit to the artist's studio. Lee-Smith had just completed Man with Balloons; he urged Clarke to buy the painting because he felt it was an important work. Clarke passed up the chance....he ruefully wrote that he often awoke in the night, 'to a man with balloons chasing me'." King-Hammond p. 89.
Set Alert for Similar Items 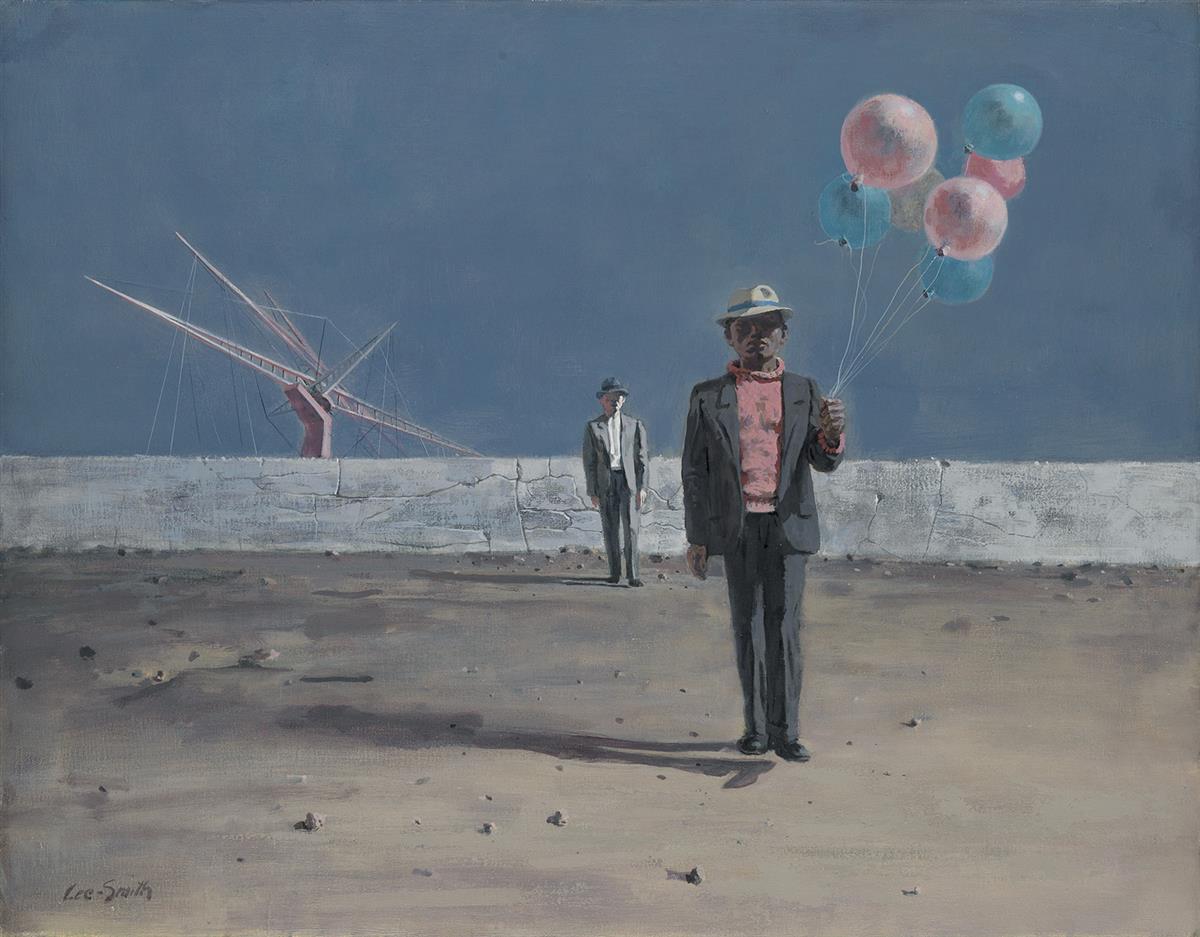