Provenance: the estate of the artist; thence by descent to the current owner.

This large and striking canvas epitomizes the Surrealism found in Hughie Lee-Smith's late-career painting. This sun-drenched scene juxtaposes an older white man walking and carrying a white flag with a distant, younger African American man playing with a beach ball in a park. Both appear very separated, divided by a neo-classical stone park wall. The discordant pairing suggests the enigmatic Surrealism of a De Chirico painting or Fellini film. The peaceful atmosphere of the summer day is punctuated by a floating frisbee. Man with White Flag represents the final period of Lee-Smith's body of work - his enigmatic and isolated figures are now actors in landscapes full of intrigue and beauty.
Set Alert for Similar Items 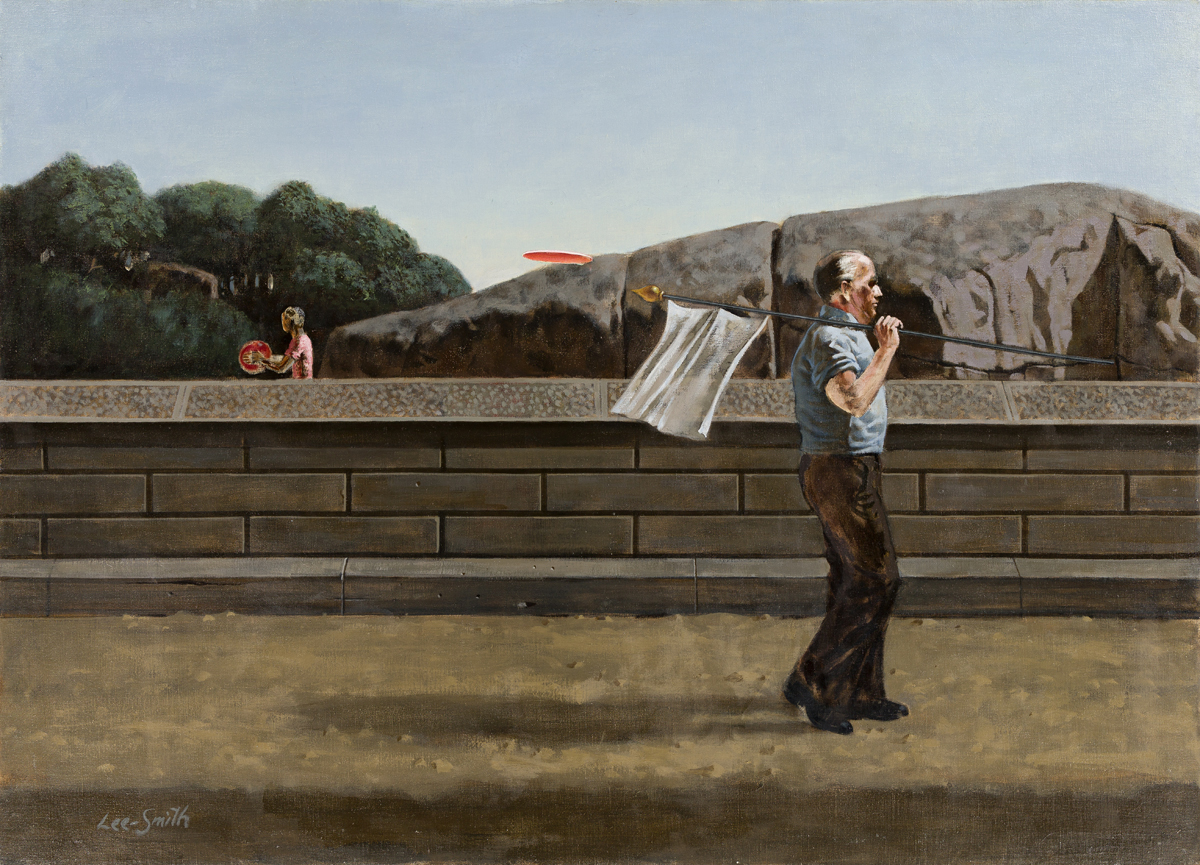