Provenance: the estate of the artist; thence by descent to the current owner.

The Bouquet is an early example of Hughie Lee-Smith's psychological scenes and a rare oil from his early years in Detroit during the late 1940s. In 1938, Lee-Smith graduated from the Cleveland School of Art with honors, where he studied under Clarence Carter, and won a scholarship to continue studying for a fifth year. He also attended Karamu House in Cleveland, joining Charles Sallée, Elmer Brown, and William E. Smith. After serving in the United States Navy during World War II, he used funds from the G.I. Bill to earn a Bachelor of Science degree in education from Wayne State University in Detroit in 1953. Lee-Smith worked in Detroit automobile factories in 1945 and 1947 between teaching stints. In 1949, he exhibited paintings at the Detroit Arts Market and the Karamu House Art Gallery, Cleveland.

Similar paintings from this year include Conflict in the collection of Lee and Barbara Maimon and The Scientist in the collection of Mr. Kenneth J. Bacon. The dramatic tension displays Lee Smith's interest in psychology. The Bouquet represents not just a lovelorn couple but the disorientation of postwar youth. The painted wood houses in the background are similar to the lakeside huts in other late 1940s paintings.
Set Alert for Similar Items 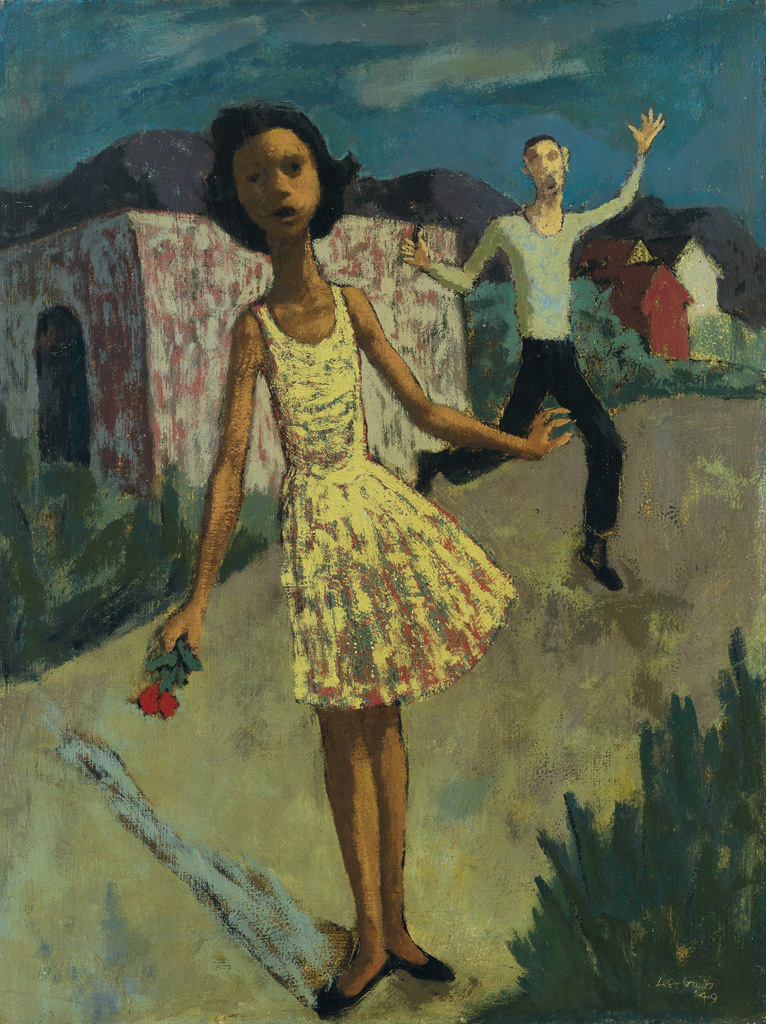