Hughie Lee-Smith's Untitled (Cityscape) is a beautiful and significant painting from his Detroit period of the early to mid-1950s - an important body of work that has defined his career. The year earlier, Lee-Smith was awarded by the Detroit Institute of Arts its prestigious Founders Prize, a national painting award, for The Piper, 1953, now in their permanent collection. As in such works as Sunday Afternoon, 1953, and Along the Tracks, 1953, the artist depicts a young man exploring areas of desolation on the fringes of a city. Here Lee-Smith depicts his observations of an urban landscape with painterly confidence - a bold brushstroke depicts the natural patterns of a silvery overcast sky and dense piles of rocks with the Detroit skyline in the distance. This space is deftly defined with several of Lee-Smith's signature elements - upright posts and boards, a loose wire or cable and the central, lone figure.
Set Alert for Similar Items 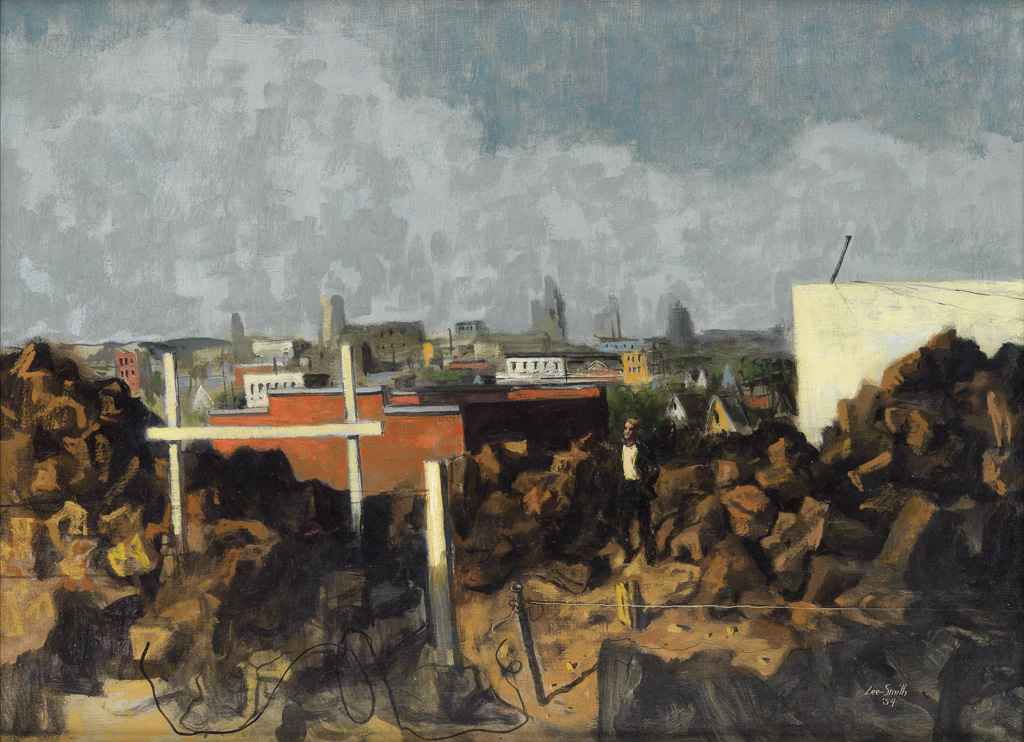