Folio, general engraved title, full-page engraving dedicated to Henry Prince of Wales, engraved title to the Odyssey, and to the Batrachomyomachia all present in this copy, including three original blanks; this copy without the portrait of Chapman and the two unsigned leaves of sonnets added to the Iliad; no typographical title to the Odyssey; a later state of STC 13624, which in turn was a reissue of STC 13634 and 13637, according to ESTC, "In this state the reissue of The Iliads is replaced by a reprinting by Thomas Harper; recto headlines of the Iliad have 'HOMER'S' in italics. Harper also printed a cancel letterpress title page for The Odyssey with imprint 'London, printed for Nathaniel Butter'; and a cancel Aa5 beginning 'Poet' (no period; cancellandum has 'Poet.'). Many copies have some preliminaries retained from STC 13624." Confusing, to say the least; bound in full dark green olive morocco tooled ornately in gilt by Bedford, washed and pressed, housed in a custom morocco slipcase by Mounteney, the binding very nicely preserved, aeg.; ffep inscribed by Henry Gibbs, St. Dunstan's, 1860; ownership bookplates of Aldenham House and Chicago book collector Harold Greenhill (1893-1968) pasted inside the front board, 11 x 7 1/4 in. 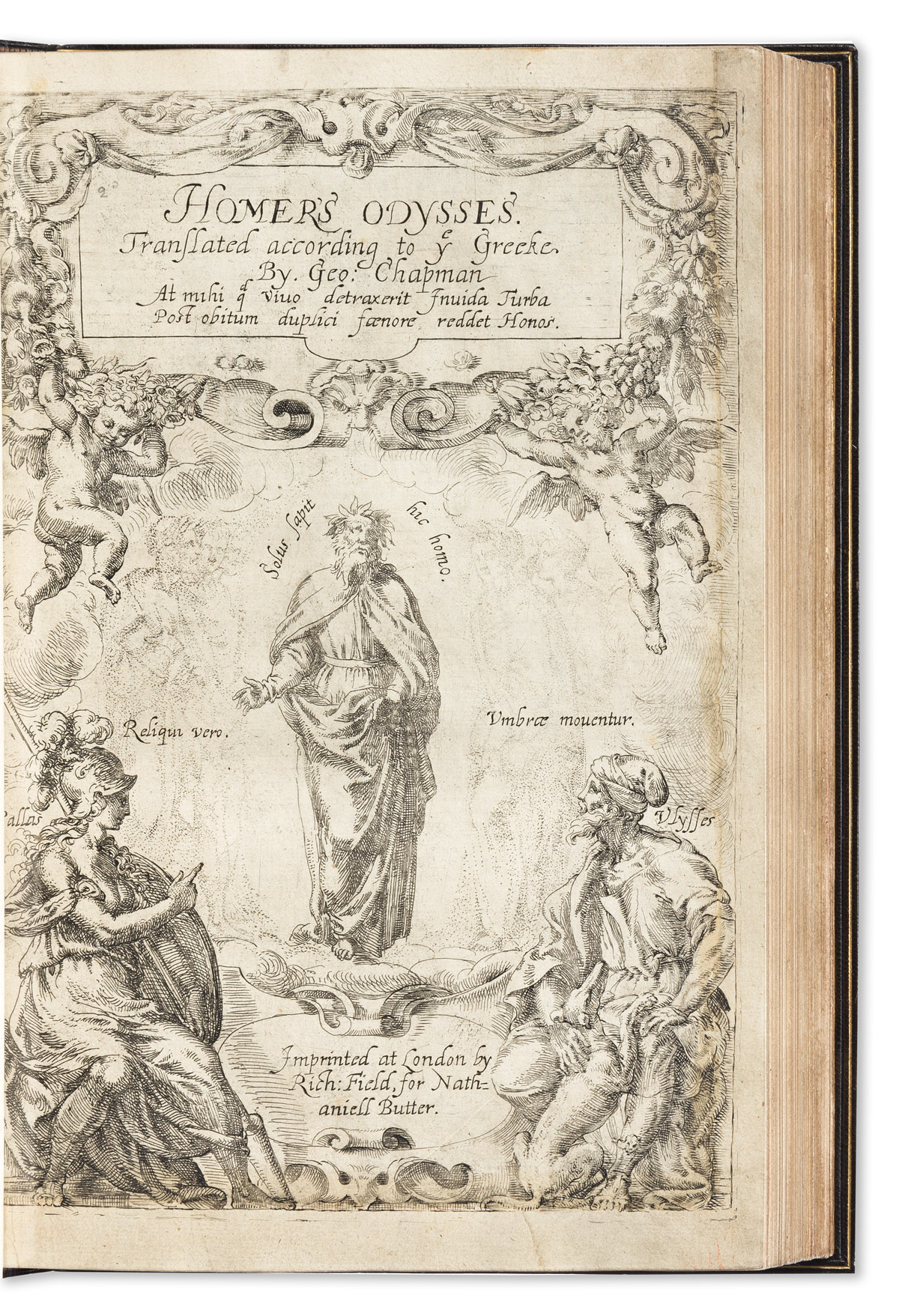