Bing was first exhibited by Zabriskie Gallery in simultaneous group exhibitions held in New York and Paris in December 1979, and she had a solo exhibition of her photographs at Galerie Zabriskie, Paris in May-July 1981.

Ilse Bing, a self-taught photographer, acquired a Leica camera in 1929, just three years after its introduction to the market. She became known as "Queen of the Leica" in Paris, her adopted home, where she roamed the streets and experimented with composition, technique, and printing, establishing herself alongside other avant-garde artists. Bing said, "It was a time of exploration and discovery ... We wanted to show what the camera could do that no brush could do, and we broke every rule. We photographed into the light—even photographed the light, used distorted perspective, and showed movement as a blur. What we photographed was new, too—torn paper, dead leaves, puddles in the street—people thought it was garbage! But going against the rules opened the doors to new possibilities." Bing gifted this print to Zabriskie, noting her early excursion with Konrad Wolff, the pianist and musicologist who would become her husband.
Set Alert for Similar Items 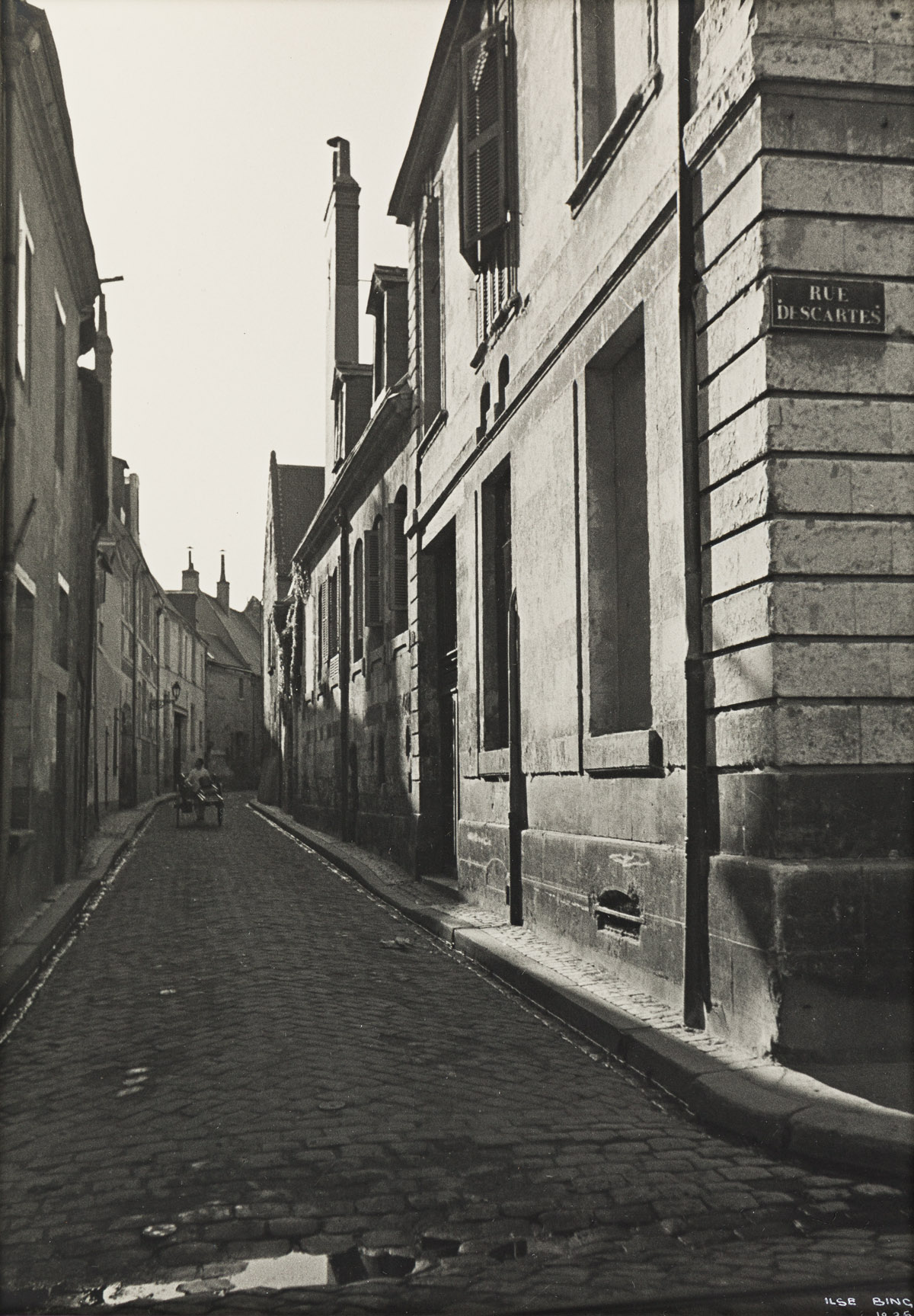