This expressive bust appears to be a preliminary work by Inge Hardison for her 1976 Sojourner Truth, and is, with lot 103 in this auction, the first unique work of artist Inge Hardison to come to auction. Despite a lengthy career as a sculptor and living to the age of 102, Inge Hardison's work is not widely known today beyond her popular series of small cast busts of historical figures Negro Giants in History in 1963 and Ingenious Americans in the late 1960s.

Born in Portsmouth, VA, Hardison's family moved to Brooklyn in the 1930s where she pursued many creative interests including acting and dance. Alice Bernstein in her article "Inge Hardison at 100" in the International Review of African American Art wrote how after graduating from high school Hardison landed a role in the 1936 Broadway production of Sweet River, George Abbott's adaptation of Uncle Tom's Cabin which won her rave reviews, and also appeared in The Country Wife with Ruth Gordon, and in the 1946 production of Anna Lucasta, co-starring with Ossie Davis and Ruby Dee. She later attended Vassar College, majoring in music and creative writing, and later took art classes at the Arts Students League in New York. She also taught with Victor Lowenfeld at Hampton University from 1955-46.

Hardison also made a wide range of figurative sculpture including several large public works, including the life-size 1957 bronze Mother and Child at Mt. Sinai Hospital in Manhattan and the 7-foot abstract figure Jubilee at Medgar Evers College in Brooklyn. Hardison was only woman founding member of the Black Academy of Arts and Letters (BAAL), an African-American cultural organization created in 1969 for the preservation and promotion of black culture. Hardison's standing wood figure Sojourner Truth was presented to Nelson Mandela by New York Governor Mario Cuomo in 1990. Her artwork is found today in the collections of the Princeton University Art Museum, the Detroit Historical Museum, the National Woman's Party, Washington, DC, the New York State Harlem Art Collection, New York, and the Schomburg Center for Research in Black Culture, New York. iraaa.museum.hampton.edu; St. James pp. 229-30.
Set Alert for Similar Items 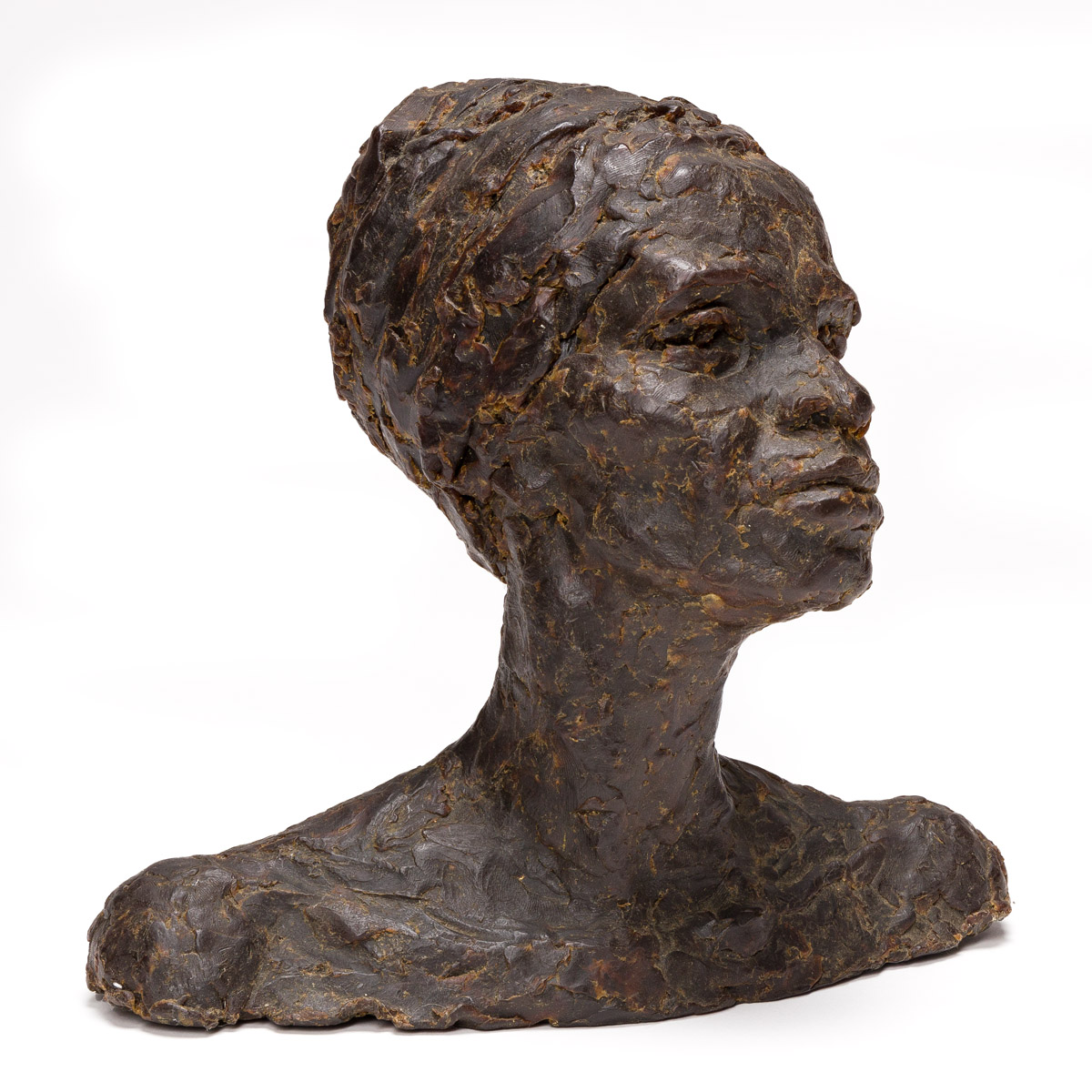