After Irving Penn finished a fashion shoot for Vogue magazine in Peru, he set off for Cuzco, the ancient Incan capital, where he rented the studio of a local photographer. He wrote that, "When subjects arrived to be photographed they found me instead of [the proprietor]. Instead of them paying me, I paid them for posing, a very confusing affair."

Penn's commercial or editorial assignments for Condé Nast, for whom he shot celebrities, cultural icons, and fashion models in studio settings, reflected the work of a consummate professional. It is, perhaps, unsurprising that, in his personal work, Penn sought a more natural, free approach that resulted in an artistic style all his own.

Penn captured the pair of native children as they arrived--barefoot, dressed in tattered clothing and floppy native hats. With hands clasped, their serious countenances, concomitantly innocent and knowing, childlike and mature, convey a gravitas that belie their ages and station. The subjects are posed before a simple canvas backdrop, bathed in an ethereal soft light offset by the solidity of the wet stone floor.

During a hectic three days in Cuzco, Penn shot an astonishing 2,000 negatives, including multiple images of the children in this particular portrait. After years of working in his New York studio, this was an early series shot at an exotic locale. And the following year, 1949, Vogue published eleven of the portraits.

Decades later, Penn revisited the negative and printed enlargements, including this ravishing platinum-palladium photographic print. A specialized technique that required considerable care, time and expense, the photographic paper was hand-coated multiple times with the precious metals platinum and palladium, which convey a warm, almost antiquated quality to the image. The photo emulsion was exposed to light and processed in an analog darkroom. The print offered here, which has a remarkable dimensionality and richness, was backed with aluminum, and bears the artist's signature and extensive notations. The print was acquired in 1978 and has been in a Private California Collection since that time. 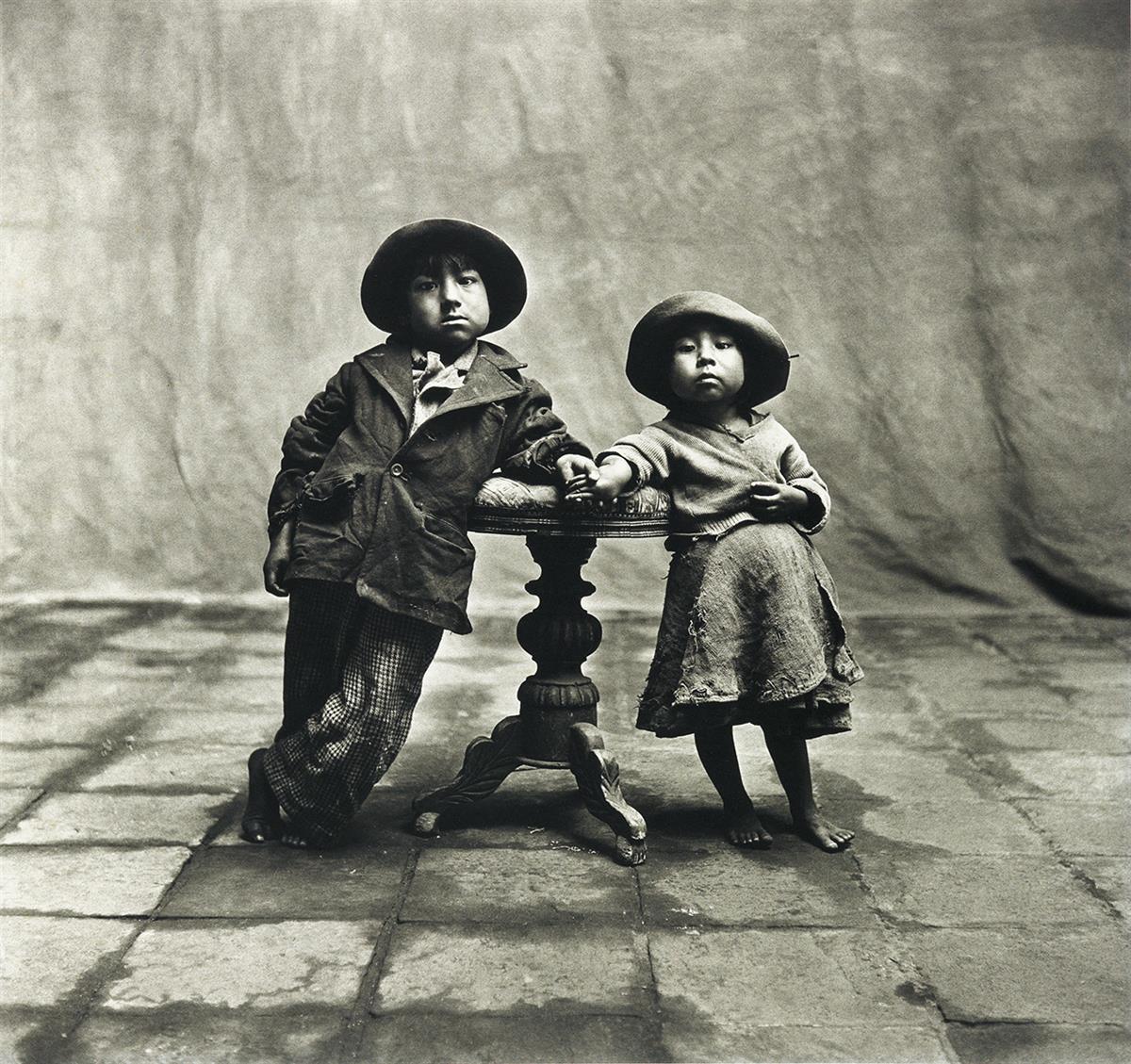