2) International Women's Day, [Madison, Wisconsin: no printer, with symbol of a Union print job, 1979 or 1984], color lithographic poster printed in black and red, with a large Venus with fist symbol in red in the background, and a schedule of events for Wednesday March 7th through Saturday March 10th in bold black lettering, advertising workshops, rally, speeches, and showings of the films, Women's Happy Time Commune, and Salt of the Earth, along with Family of Women lesbian feminists in concert, and a march on Saturday, 17 x 11 in.
Set Alert for Similar Items 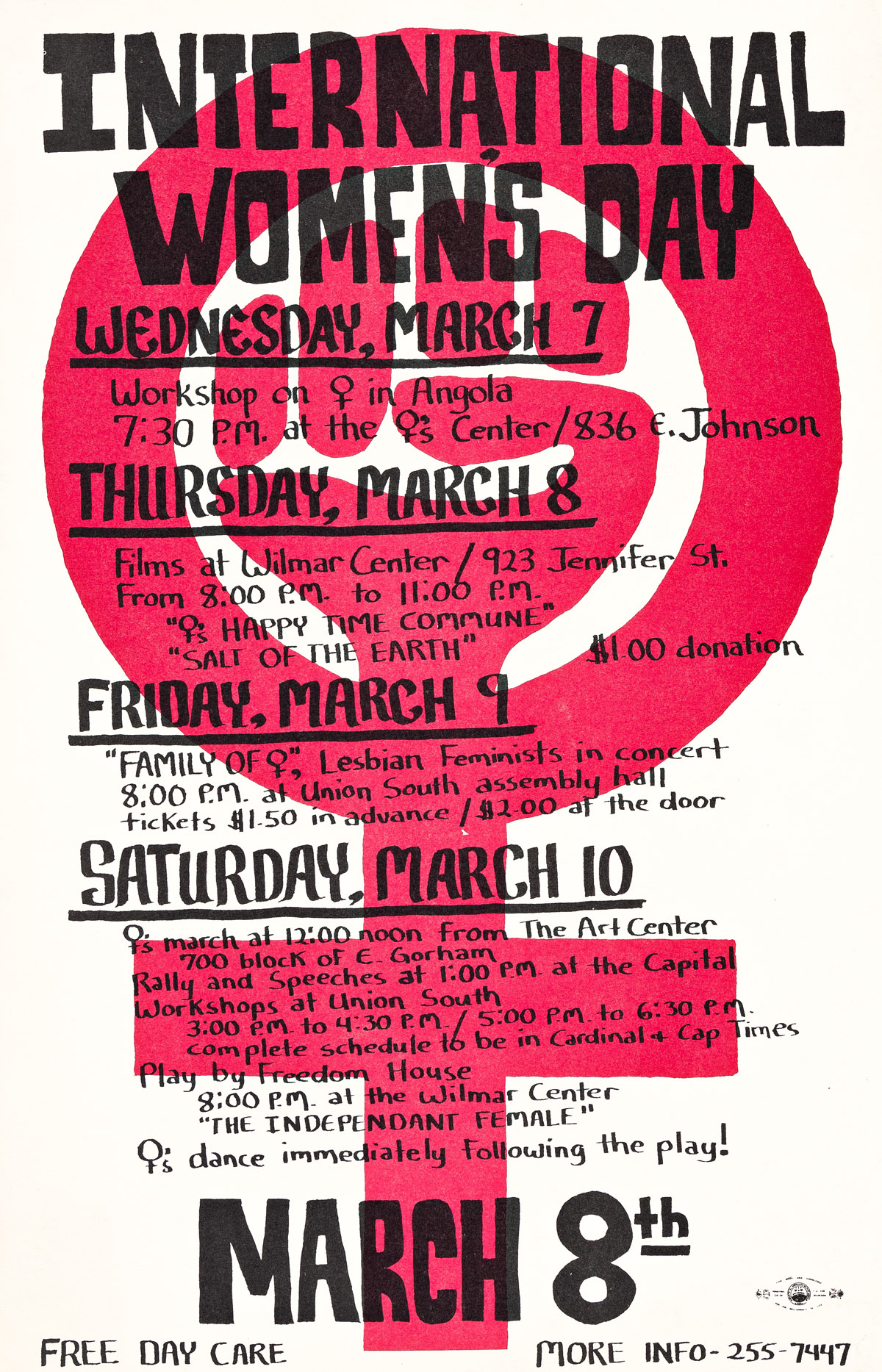