Following is an account written by the printmaker Gabor Peterdi, who was entrusted with printing Pollock's surviving intaglio plates, "Shortly after Pollock's death, during the time when The MoMA was organizing the Pollock retrospective, I received a call from William Lieberman. He told me, they had discovered in Pollock's estate four plates in rather neglected condition--corroded, dirty, etc.--and they wanted to find out if they could be salvaged. Lieberman asked me whether I were willing to undertake this job. As Lieberman and I had a longstanding professional association, and as I also felt strongly that Pollock's work should be saved if possible, I consented to try.

Then I printed up some proofs (before steelfacing) of all the images and gave one set to The MoMA. At this time, I advised the museum that, after steelfacing, four of the images were sound enough to be printed in editions. The other two were weak, underetched images with too much corrosion. So, you could say it was I who decided which images to print, based entirely on what was feasible. All this (cleaning, restoration, printing of proofs) was done by me in my studio in Rowayton, Connecticut.

Pollock's (1912-1956) New York apartment was located opposite of Atelier 17 on East 8th Street and was frequented by other Abstract Expressionists such as William Baziotes and Robert Motherwell. It was here that Hayter instructed Pollock in the technique of drypoint and etching in the autumn of 1944. (Emmerling, Jackson Pollock: 1912-1952, p. 60). Pollock tested his method of building up an image with interlocking lines and brushstrokes, for which he would become famous, through his experimentation with etching. He reworked many of his etchings with ink and gouache; and in most cases, professionally printed impressions of his plates were not taken until after his death. O'Connor/Thaw 1081.
Set Alert for Similar Items 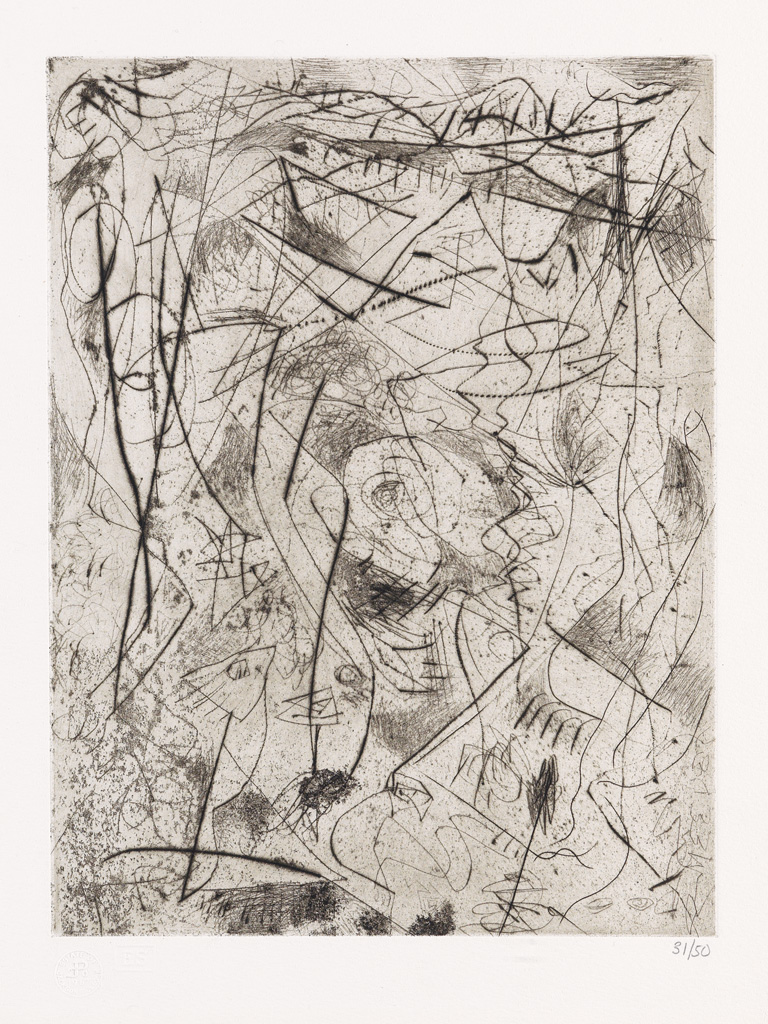