In 1932, Pollock (1912-1956) wrote to his father, "Sculptoring I think is my medium. I'll never be satisfied until I am able to mould a mountain of stone, with the aid of a jack hammer, to fit my will." While he created approximately 12 sculptures during his career (of which 6 are extant), sculpture preoccupied the artist throughout his life.

He started studying sculpture when he took a clay modeling class in high school. When he moved to New York in 1930, he continued his sculpture studies under Ahron Ben-Shmuel where he practiced direct carving. He also studied under the modernist figural sculptor Robert Laurent at the Arts Students League.

He turned to sculpture during times of personal crisis: in 1932-33, when his father was dying, when he became uncomfortably famous in 1949, and when he returned to drinking alcohol in 1951.

The present work dates from when he was receiving treatment for alcoholism and a nervous breakdown at New York Hospital's psychiatric hospital from June through September 1938. It was a difficult time for the artist and he allegedly resisted therapy and resented being there. He also created one other copper plate during this time, which is held by held by the Addison Gallery of American Art, Andover, Massachusetts. The composition of the current work is based loosely on Michelangelo's Creation of Man in the Sistine Chapel, the figure sitting with one fist clenched at his thigh atop an equine whose stick-like legs and head jut out from underneath him. Pollock had seen photographs of the frescoes and sketchbooks from this time (held at the Metropolitan Museum of Art, New York) show Pollock's interest in how the Italian artist rendered the body. O'Connor, the co-editor of his catalogue raisonné and who held the present work in his collection for over 40 years, wrote of this sculpture, "Just as I have discovered that frontality in self-portraiture usually signals moments of transition when it is necessary to face up to the self, sculpture has a way, for the male at least, of supplying three-dimensional evidence of fitness—of conceiving something as tangible as one's own person when the normally engendering self-image has fallen into eclipse."

Pollock took a long break from sculpture in the 1940s, after which he became one of the most prominent Abstract Expressionist artists in America. It wasn't until he and his wife, the artist Lee Krasner, moved to the Springs, East Hampton, Long Island, in 1945 that he had the space to again take up sculpting. He started creating sculptures out of found objects on the beach (including natural objects such as twigs and sand), and many of these ephemeral sculptures are now lost. Sculpture also preoccupied him in the time leading up to his death—he was working with the artist Tony Smith (1912-1980) on three-dimensional works in July 1956, another difficult time that included a creative block, alcoholism and depression, shortly before his fatal car accident.
Set Alert for Similar Items 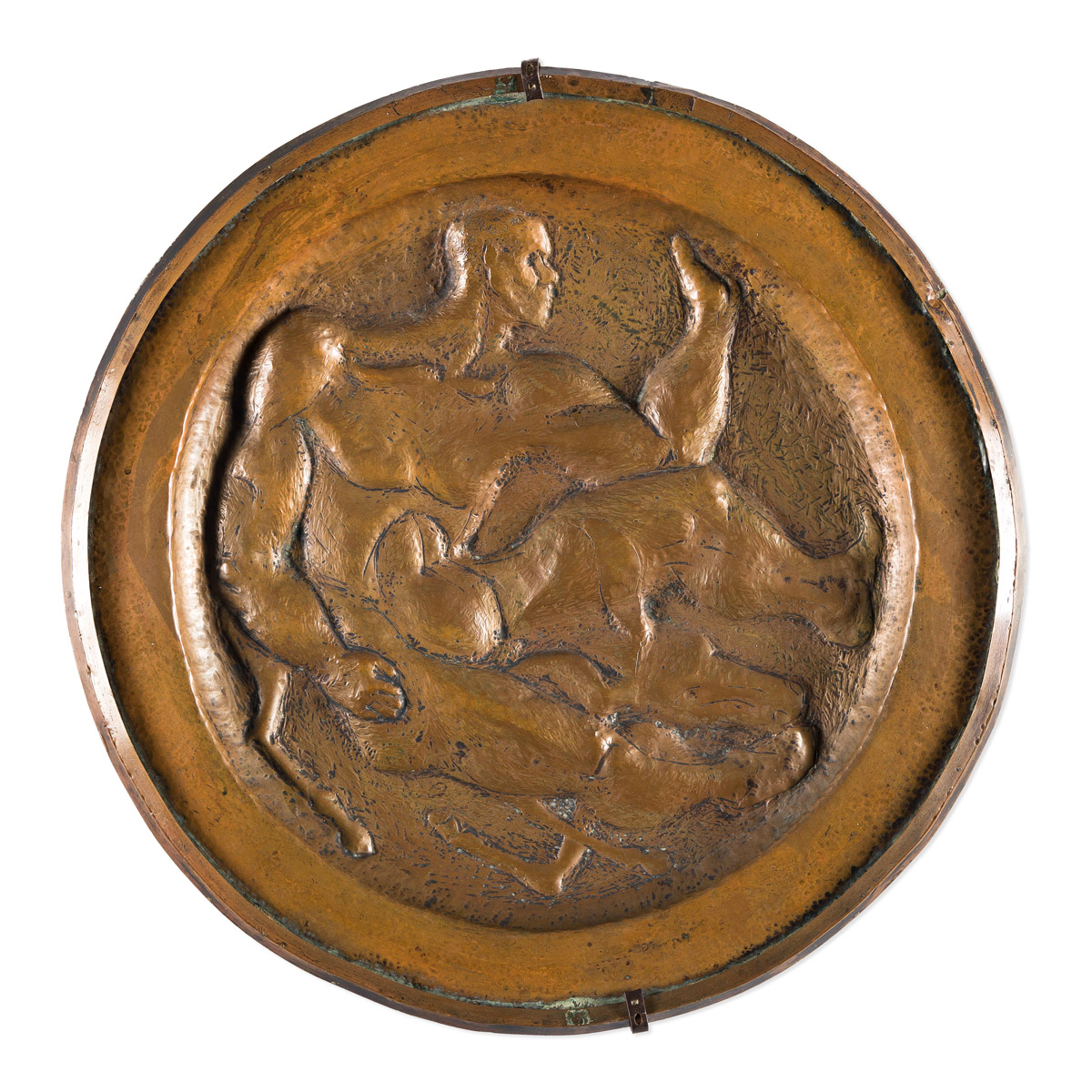