Provenance: William Meyers, New York; Silverstein, Florida; private collection, estatem Sarasota. According to Nesbett and Dubois, the panels were purchased by a collector who sold them individually over several decades" - They identify this in each panels provenance.

Tension on the High Seas, Jacob Lawrence's 19th panel from his Struggle series, depicts a British naval officer inspecting three bound and wounded captives seized from the American ship, The Chesapeake. Lawrence illustrates a dramatic episode of the British navy "impressment" of possible deserters by force. Despite America's efforts to remain neutral during the Napoleonic Wars, this humiliating episode in the summer of 1807 upset both the American government and public. It was one of a series of provocations leading up to the War of 1812.

Jacob Lawrence painted a total of 30 panels for the series between 1954-56. Five are now in museum collections, including 10/ Washington Crossing the Delaware in the collection of the Metropolitan Museum of Art, New York. Twelve paintings from the series in the collection of Harvey and Harvey-Ann Ross were exhibited at the Phillips Collection in Washington, DC, January 10 - August 9, 2015, and at the Fralin Museum of Art, University of Virginia, Charlottesville, VA, September 3, 2015 - June 5, 2016.

This work is one of five panels located at the time of the publication of the 2000 catalogue raisonné by Peter Nesbett and Michelle DuBois. It is illustrated with a black and white photograph. Their title is not the final one chosen by the artist in light of his inscription on the verso, and the title on the Alan Gallery label. Nesbett/DuBois P56-03, p. 135.
Set Alert for Similar Items 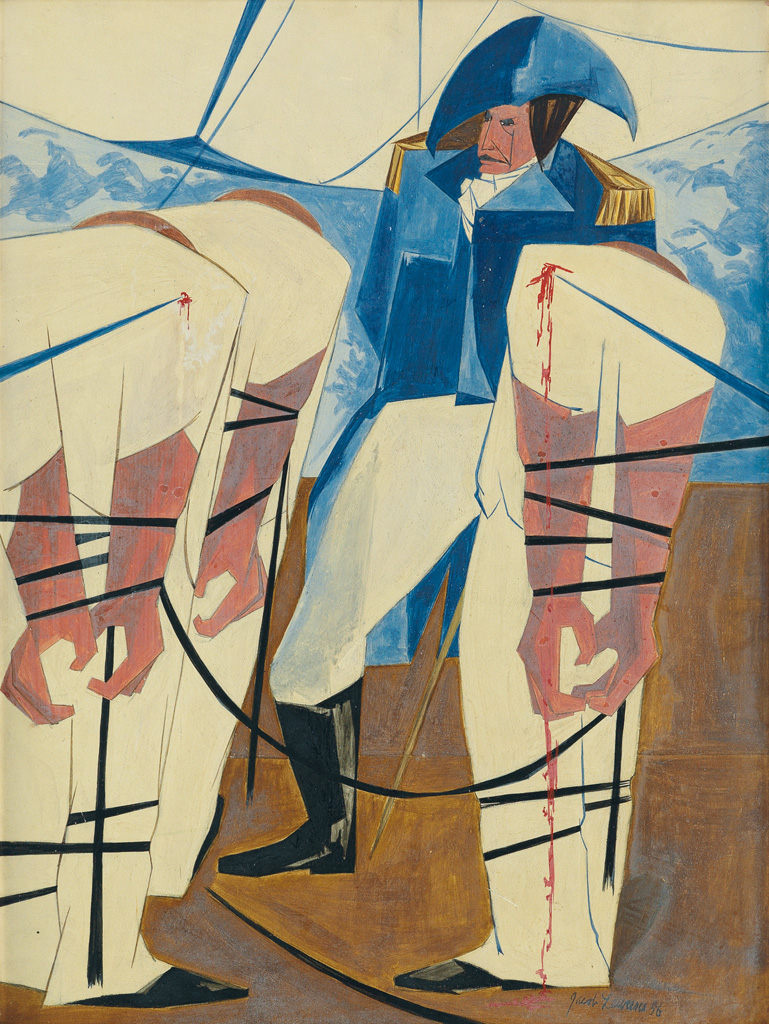